“Can we send the opinionated journos there?” 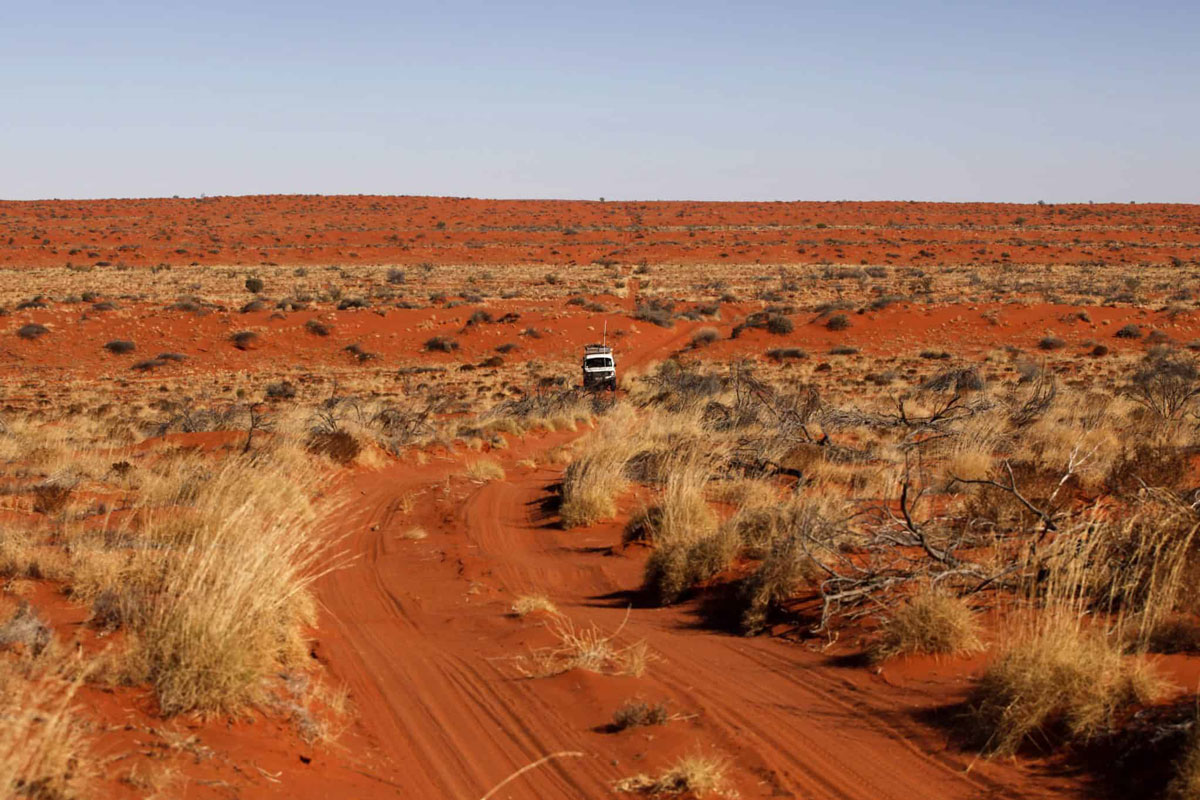 Australian hotel quarantine has proven challenging for many. World-renowned strongman Ross Edgley battled to keep fit in it. Business people who sought exemptions to travel overseas burst into ‘many tears‘ whilst undergoing it. Others were shocked by the intense treatment they received upon arrival in the country.

These stories were all off the back of the (relatively) nice quarantine experience that has been available in Sydney hotels.

Now though there has been an idea proposed to “send virus stricken Aussies to the desert.”

As the nzherald.co.nz reports, “Australia’s hotel quarantine system is under the microscope again after the source of an outbreak in South Australia was found to come from the highly-infectious hotels.”

“There are growing calls to overhaul the system or put workers in a ‘bubble’ inside the hotel to stop potential outbreaks.”

“And now, a powerful opinion piece in the Adelaide Advertiser has proposed a shock solution,” (nzherald.co.nz).

That solution? Move the “potentially infectious” to the desert town of Woomera.

According to Media Bias/Fact Check the Adelaide Advertiser is “biased toward conservative causes through story selection and/or political affiliation” and “may utilize strong loaded words, publish misleading reports and omit reporting of information that may damage conservative causes.” 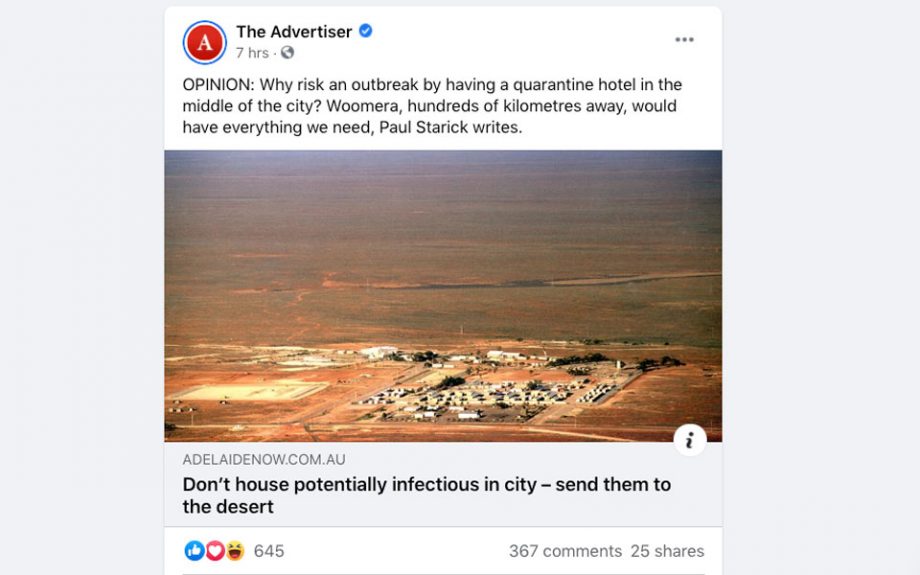 True to this polemic (some might say fear exploiting) style, the aforementioned Op-Ed was posted to Facebook with the caption, “OPINION: Why risk an outbreak by having a quarantine hotel in the middle of the city? Woomera, hundreds of kilometres away, would have everything we need.”

The piece split the publication’s Facebook audience, with some writing comments like “brilliant idea” and “totally agree” and others writing comments along the lines of “why don’t you send them to a gulag while you’re at it” and “what happens if you need urgent medical attention.”

“PEOPLE!!!! do your research before making ridiculous comments…. it’s now a RAAF base and our home!!!!” another wrote.

The author of the opinion piece was Chief Reporter Paul Starick. His logic? “Putting a quarantine facility in a well-serviced yet isolated town with a military airstrip would lessen the risk of a major virus flare-up in a large population centre.”

According to the nzherald.co.nz Starick argued: “A quarantine facility could be scaled up to ensure staff remained in the town bubble, rather than risk spreading the virus throughout capital cities. Just as mining workers do, they could fly in and fly out with appropriate medical checks.”

The town of Woomera used to house an immigration detention facility.

Nzherald.co.nz claims “a similar system is already in place in the Northern Territory, where health officials repurposed defence base Howard Springs as a quarantine facility.”

At the time of writing Adelaide has had 551 total cases, 512 recovered and 4 Covid 19 related deaths.

As the ABC reports, “South Australian health authorities are working rapidly to get on top of a growing coronavirus cluster in Adelaide’s northern suburbs, in an effort to prevent a second wave of COVID-19 right before Christmas.”

For a more detailed breakdown of the situation (and how it compares to what unfurled in previous months in Victoria) click here.