A breath of fresh air.

While news anchors or sports reporters can get away with slightly more inspired fashion choices, weathermen are a bit more restricted.

You can’t have any strong greens or blues, because you don’t get greenscreened out. And where weather girls are almost encouraged to look somewhat titillating, it’s your job as a weatherman to be as entirely agreeable and unforgettable as possible.

But when you’re replacing a colourful character like long-time Sydney weatherman Tim Bailey, you can’t just fade into the scenery. So Channel 10’s new forecaster Josh Holt decided to make a subtle sartorial splash – one that any fashion-forward man should pay attention to. 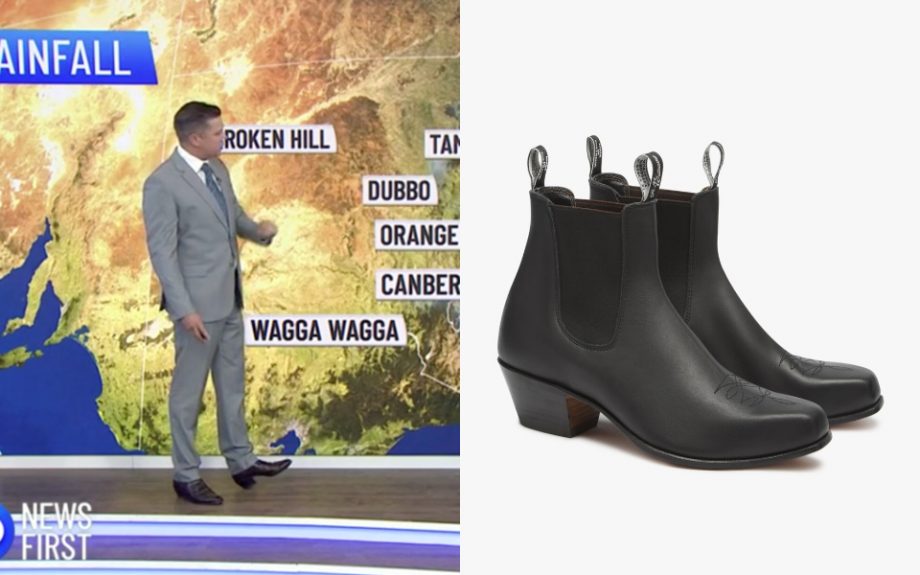 ‘Cuban heels’ describe men’s boots with a inwards-tapering heel, inspired by traditional flamenco boots. Cuban heeled boots were first popularised by The Beatles, then were adopted by the punk movement and have since enjoyed somewhat of a revival in the 21st century.

It’s a slightly left-of-centre look that carries a certain type of swagger, and aren’t for the faint-hearted: US Senator and one-time prospective Republican presidential candidate Marco Rubio was widely ridiculed for wearing such a ‘shagalicious’ style of shoe, at odds with his straight-laced character, The Guardian reported back in 2016.

R.M. Williams remains one of the few mainstream boot manufacturers that offer a Cuban heel option. We’re glad to see that Holt took them up on it, frankly. Yeehaw.