When it comes to Disney child stars, it’s 50/50 whether they turn out to be a basket case later on in life (considering the pressure they’re under, we can hardly blame them). For every well-adjusted star like your Sprouse brothers, Hilary Duff or Zendaya, you’ve got a Shia LaBeouf, Miley Cyrus or Lindsey Lohan. Turns out fame’s not all it’s cracked up to be.

Vanessa Hudgens is a tricky case because for a few years in the late 2000s, it looked like she might end up as yet another Disney cautionary tale. After nudes of hers were leaked in 2007, it was speculated that she might lose her starring role in High School Musical 3. Thankfully, those rumours didn’t eventuate and she didn’t let the setback dictate the rest of her career (it also proves how backwards things were back then, with Hudgens having to apologise for a traumatic privacy breach of someone else’s doing).

Flash forward to 2020 and Hudgens is riding high off the back of appearing in Bad Boys For Life alongside Will Smith and Martin Lawrence, as well as starring in Netflix’s The Princess Switch: Switched Again. The 31-year-old is not only going from strength to strength acting-wise but also when it comes to cars. She’s got great taste in fine motors – as evidenced by the Ferrari 488 Spider she was spotted tooling around in this week. 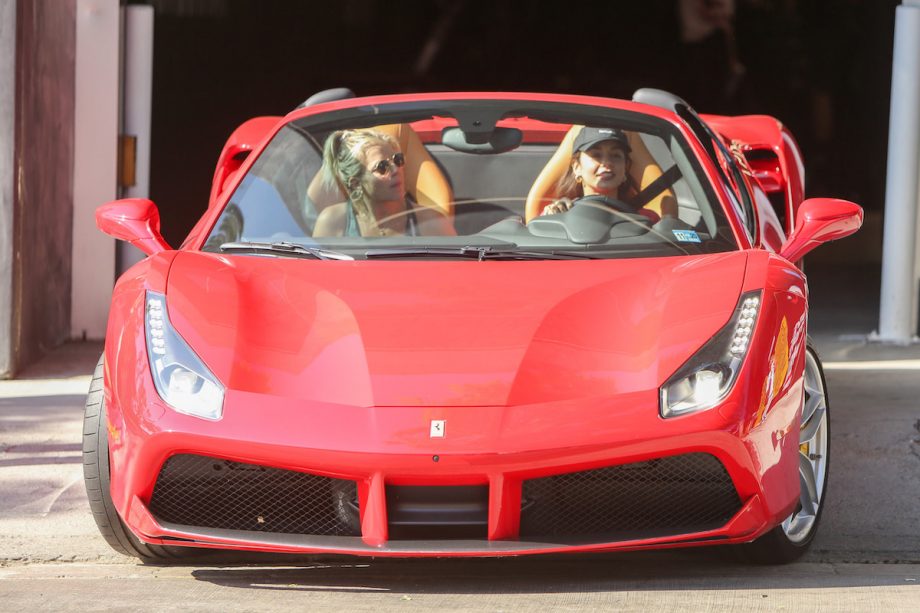 The Ferrari 488 Spider is a two-seat open-top variant of Ferrari’s iconic rear-engined V8, produced from 2015 to 2019. Only 50kg heavier than its fixed-roof sibling, its twin-turbocharged 3.9L F154 engine makes a meaty 493kW and accelerates the Prancing Horse from 0 to 100km/h in 3 seconds flat. Hudgens has also resisted one of the worst celebrity car instincts (we’re looking at you, deadmau5) and chosen a red Ferrari. Ferraris should only be red. We don’t know why they give you other colour options.

Hudgens is actually a lowkey revhead. She also owns a Lamborghini Huracán Spyder and a Tesla Model S, plus an Audi A7 and S5 convertible. Hopefully she’s a better driver than Britney Spears.

Hudgens is set to appear in upcoming musical drama film Tick, Tick… Boom!, which is currently filming in New York. The film directorial debut for Hamilton creator Lin-Manuel Miranda and based on the semi-autobiographical musical of the same name by Jonathan Larson, Hudgens will star alongside Andrew Garfield, best known for playing Spider-Man before Tom Holland.