“You go there to people watch, and to be watched.” 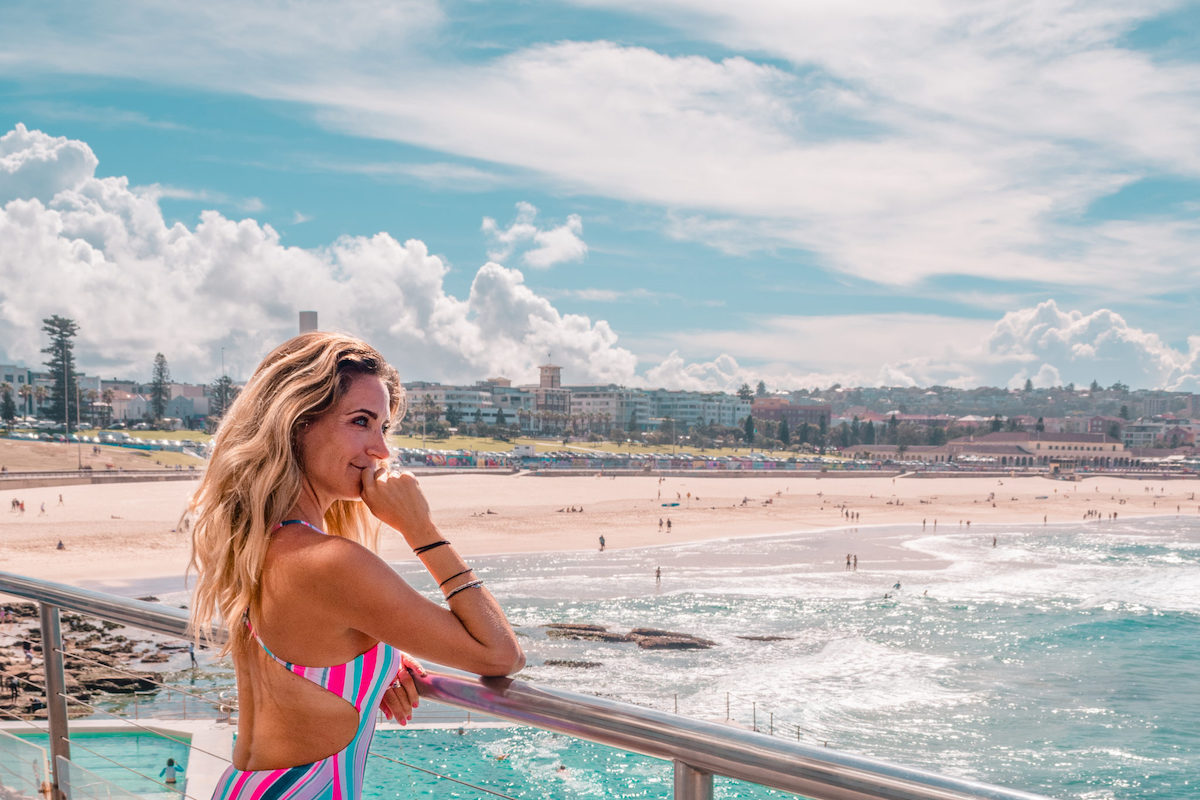 Living in Sydney is like driving an Alfa Romeo or supporting Collingwood. It can be joyous at times, but it can also be a real pain in the arse. Oh, and you’re almost certainly going to attract criticism from nosey Melburnians who think they know better.

Indeed, The Harbour City can be hard to love, in between its insanely inflated property market, bougie proclivities and ‘culture-less’ reputation.

But one thing is undeniable: it’s a pretty beautiful place. Sydney boasts a unique combination of historical charm, suburban bliss, urban hustle-and-bustle and unparalleled natural beauty, all in the one city. That’s to say nothing of its world-class beaches…

Sydney’s most famous beach is also one of its most beautiful. Bondi is a little slice of paradise only 10 minutes from the CBD, known all around the globe for its stellar surf and social scene. It’s also home to – in our view – the world’s most photogenic bar: Bondi Icebergs, perched on the southern end of the beach. Founded as a winter swimming club in 1929, Icebergs has since become one of Sydney’s most famous venues. Whether enjoying a dip in the ocean pool or sipping something cold and alcoholic whilst looking out over the ocean, Icebergs is a Sydney icon.

For those of you unfamiliar with the famous Bondi spot, if you jump on Instagram and explore the #bondiicebergs hashtag (which has 78,497 posts at the time of writing to its name), you’ll see just what we mean about its aesthetic chops. But you’ll also get an insight into the other reason it’s so famous.

Namely, you go there to people watch, and to be watched.

Posing in front of jealousy-inducing vistas isn’t anything new. Anywhere even remotely touristy will have a hashtag filled with that sort of commercial navel-gazing and FOMO flaunting. The same is true for #bondiicebergs – it doesn’t take much scrolling to find dozens of photos of activewear, bikinis and more white linen than you can shake a pair of Serengeti sunglasses at.

We’re not necessarily against all this (see: our impassioned defense of FOMO flaunting here). Hell, we’re guilty of it ourselves. But the reason it comes to a head at Bondi Icebergs is because its reputation precedes itself. Icebergs attracts the young, rich and famous (or those who aspire to be one of those three) like moths to a flame. It’s like how no self-respecting millennial’s trip to Bali is complete without a photo op at Mrs Sippy.

RELATED: I Went ‘Undercover’ At Bali’s Most Instagram-Famous Oasis

Such is the reputation of Icebergs that the #bondiicebergs hashtag is used by influencers and brands in the same way they’d use other popular hashtags to get traction. We found this account using #bondiicebergs to sell swimwear, alongside other hashtags like #shoplocal, #healthy, #supplements and #usa… Not sure what America has to do with a swimming club/bistro/bar in Sydney…

Bondi Icebergs’ fame feeds back in on itself: because it attracts such a motley crowd, it’s the perfect place to people-watch in Australia. And Australians love people-watching. It’s our hidden passion. Maybe it’s because we’re a naturally curious people with few inhibitions. Maybe it’s our all-pervasive tall poppy syndrome that likes to mock those who dare to express self-confidence or trumpet their success. Maybe it’s because we like comparing bikini and boardshort tan lines?

And isn’t browsing an Instagram hashtag the digital equivalent of people-watching, anyway?