One Of Australia’s Most Famous Beaches Is Disappearing

All is not lost, however. 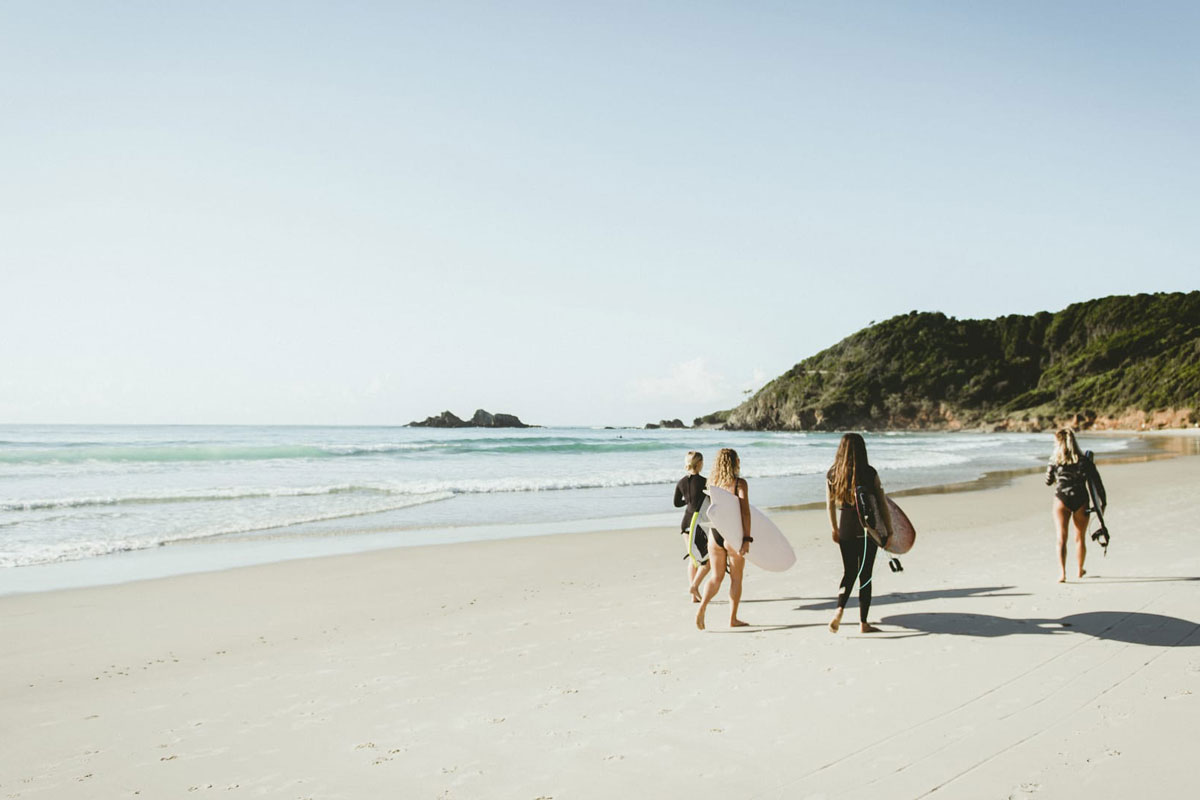 Byron Bay has undergone a radical transformation in 2020. But it’s not all Sydney blow-ins and Melburnians with “ironed jeans” – its physical state is in flux too. In fact, such are the shifts, even the British broadcaster the BBC has taken an interest, recently interviewing Professor Rodger Tomlinson from the Griffith Centre for Coastal Management, to understand what exactly is going on.

To put things simply: Byron Bay’s famous Main Beach is disappearing. The strip of sand is iconic, Professor Tomlinson relates, telling the BBC, “The beach is everything. It drives our economy.” He also says that though “a lot of that is surfing related… equally it’s just because it’s a wonderful place to be.”

For how much longer it will be a place you can ‘be’ though is under threat. Byron Bay – like various other towns on Australia’s east coast – has a history of coastal erosion over many decades.

“In terms of the significance of the current event,” Professor Tomlinson tells the BBC, “I haven’t seen that since the 1990s.”

Coastal erosion is usually caused by storms, but what’s happening at Main Beach is more of a structural issue. In Main Beach, the culprit of the erosion is a process called “headland bypassing.” This is essentially a disturbance in the consistent flow of sand along the coast.

“Waves move sand along the coast of southeast Australia,” the BBC explains. “If that is blocked it can cause headland bypassing.”

“Headland bypassing, particularly at Byron, is an obstruction like a headland that will block sand and starve that sand from the other side until the wave conditions are right to move it around,” Professor Tomlinson says.

“Cape Byron, which is to the south of Main Beach, is the most easterly point on the Australian east coast. It’s quite prominent; it sticks right out. What we’re seeing at the moment is the blockage has been released and is now starting to move around, but it hasn’t made it up to Main Beach where the area of concern is.”

“It’s currently in an eroded state because of the trapping of the sand that would normally have reached Main Beach,” Professor Tomlinson adds.

So what does this mean for Byron’s famous Main Beach? Continued uncertainty, and a little bit of hope: “We don’t really know how quickly these systems move,” the professor says, “and it’s driven by the kind of annular weather conditions that we might have at the moment but it could take weeks, months and maybe even years depending on the wave conditions for the beach to recover.”

On that front, Swellnet reported on Monday that this year’s La Nina switch is “about to flick…finally!”. This is good news for surfers hoping for an abundance of East swells (the same ones which happen to make Byron’s most iconic point break waves like The Pass fire).

For Main Beach, this means a shake up of our predominant south swell pattern and thus a potential (DMARGE understands) positive shifting of sand for Byron. It also, however, means more erosion from more waves hitting Main Beach head on.

What will happen to locals in the meantime? Professor Tomlinson says, basically, they’re going to have to suck it up: “If you’re living on the coat you have to accept everything isn’t steady-state – the conditions on our beach vary from time to time and we need to understand that variability and learn to live with it in a sense.”