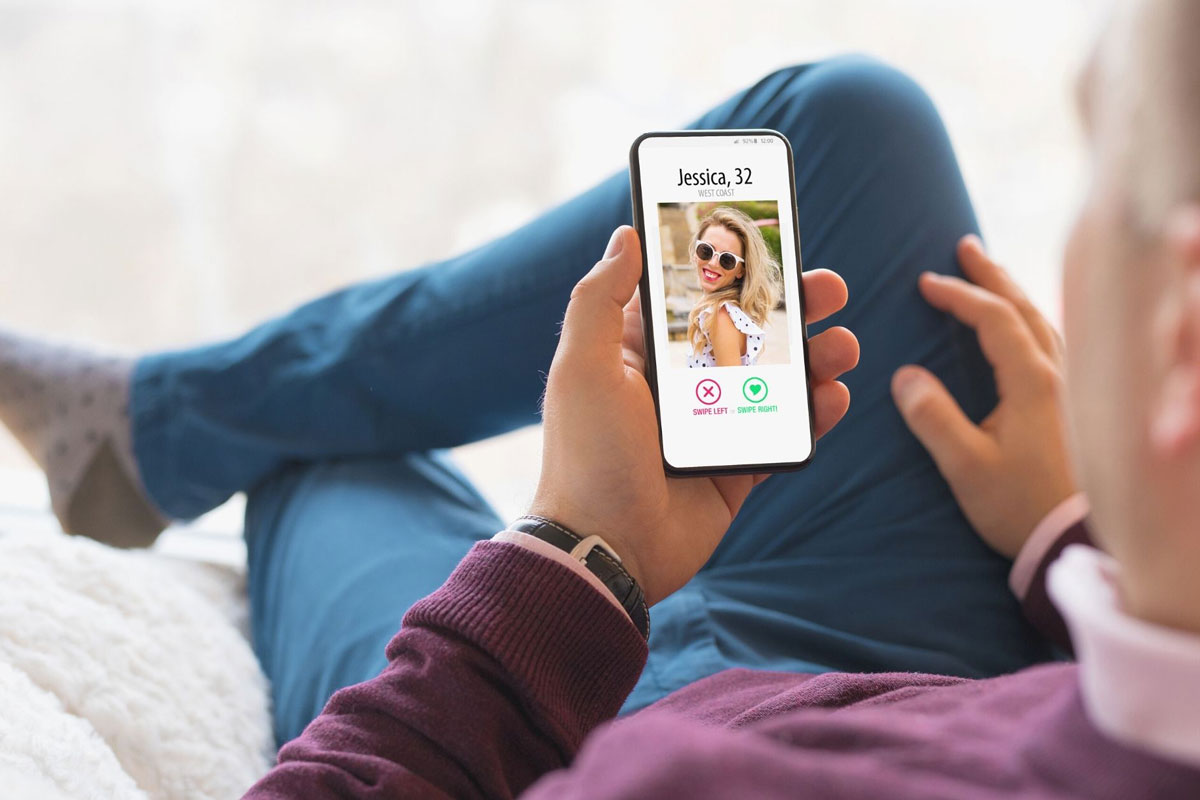 Online dating can be divisive at best and a tricky minefield at worst, and that’s once you’ve managed to secure yourself a date. For some, attracting matches and engaging in some light-hearted conversation is but a pipe dream, and their bio could be to blame.

Your dating profile, inclusive of bio, is the only thing you can rely upon to sell yourself to potential suitors, and if you don’t make an immediate impression on women swiping their way through – sometimes surrounded by opinionated friends – then you can consider yourself confined to constant rejection.

But what exactly is it that you’re doing wrong? After all, you may feel your bio is perfect and sells you in the most accurate way. According to this Reddit thread, that may not necessarily be the case. Reddit user ‘inspowoah’ claims to come across “too many guys, attractive or not, with awful photos and/or equally bad bios.”

“I’m not saying my bio is the best or that my pictures are either. But at least you can see my face, and tell the profile belongs to me.”

“I totally understand if you don’t have many pictures, i only started taking pictures of my self recently, but it’s not hard to fix your hair, put on a smile, find some good lighting and finally take a photo.”

But even with your photos fixed and with no reference to your 2015 lads trip to Bali, what you write in your bio can also have a profound effect on whether you win a right swipe or not, at least, according to this thread. 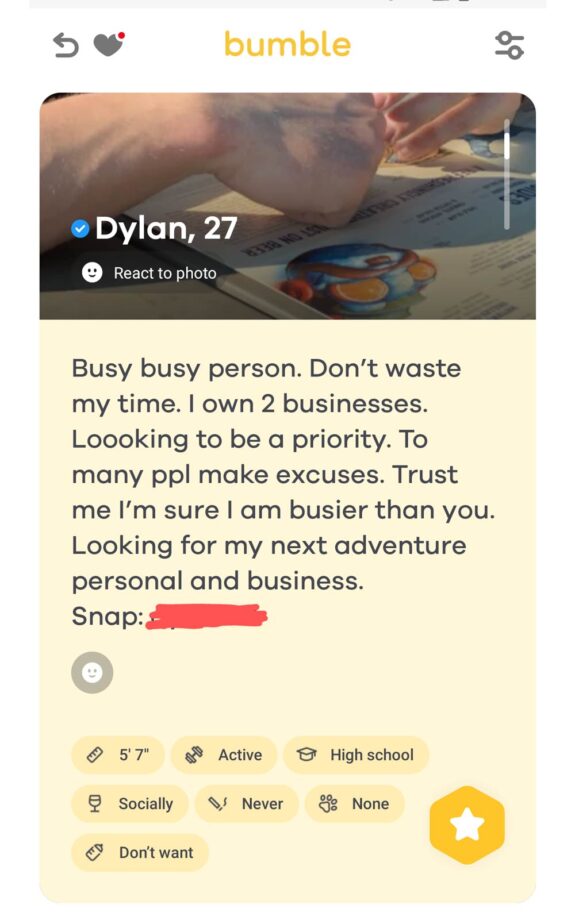 In a long list of no-nos, our contributor adds, “Please refrain from the following: saying something along the lines of ‘don’t swipe if you’re boring’ (has it ever occurred to you, that you might in fact be the boring one); say something along the lines of ‘I don’t get why women only like guys over 6 foot’ (most of us don’t care); downplay your looks (looks are subjective, and this makes you less attractive)”

Basically, contrary to what we’ve often been told (arrogance isn’t attractive either), self-deprecation isn’t always attractive. We’d still argue it’s better than taking yourself too seriously though, and this woman’s complaint has come about as a result of it being overdone.

In less than a day, the post has received nearly 1,000 comments at the time of writing, with many (presumably women) showing support and claiming that it “really is that bad out there”.

“I’ll add 2 more to the list: stop taking pictures in bathroom mirrors especially public bathrooms- I don’t want to see a urinal in your photo.”

“Self-deprecation is not funny on writing. Putting yourself down comes through as insecure and annoying. We all have insecurities, and that is ok, but it doesnt have to be the main point of anyone’s personality.”

However, guys chime in too with their take on the online dating landscape, with one user claiming,

“Hate to parrot but it’s terrible like this with women’s profiles too. Literally everything in your post they do too.”

“Perhaps lost in the comments, but something not enough people understand is that the info on your bio should be able to spark a conversation.”

“Great examples, imnsho, are when women say how they love tacos and/or tequila. Congratulations on 1) being basic, 2) having no personality, and 3) providing men no opportunity to REALLY comment on that without almost immediately asking you out.”

“This is uncanny. I had literally typed out, word for word, the text of this post but directed at the ladies! I guess it’s fair to say that no one should do this!”

Perhaps men aren’t the only victims of bad dating profiles, then. However, admittedly, it is a topic we’ve approached before, and we’re well aware that guys often don’t have a clue about how to write a Tinder bio that will actually score them matches.

All may not be lost, however, as one commenter argues that just because the photos might not be what you’d expect of an online profile or the bio provided doesn’t give enough of a glimpse into their life, it doesn’t mean they’re should be discarded.

“I started to give people the benefit of the doubt. Not people who clearly were not my type, but people whose photos didn’t actively discourage me, and even people with no bio! This included a man who had photos of himself doing stuff – mountains, lakes, cycling etc, but not really any proper face photos. And no bio”,

“Anyway, I felt like, if they didn’t have something to actively dissuade me, maybe they were just dreadful at self promotion. So I met up with the man mentioned above, and we’ve been married 3 years, with a baby on the way.”

“So I think an open mind to some dreadful profile choices can be helpful, as long as you’re clear in your own mind what those things are. Because yes some stuff just announces someone as an awful person/thoroughly not suitable for you.”