It may be developing faster than you can say “The Hemsworths,” but Australia is still a country of simple pleasures. Yes: bays like Byron and Jervis may no longer be such sleepy backwaters but venture beyond and the iconic ‘back to nature’ experience still beckons.

A timely reminder of this hit the internet overnight, as one r/brisbane Reddit thread began trending above the other posts in its category. The post comprised of a humble photo – a tent and a tree overlooking a muddy brown, Flinder’s Reserve creek, with Mt Maroon (which you can climb) in the background – and the caption: “Camping trip this weekend. Not so bad considering the heat.”

“The creek made it for me this weekend due to the heat. Loved it.”

Simple pleasures indeed. The Reddit user also shared a few more salient facts about their trip, including yes, the creek was ‘swimmable’ (“Yeah, Mate. Just a bit dirty. Nice and cool.”) and there were no mozzies (“None at all. It’s a fair bit inland and dry. Only a few march flies during sunset.”). 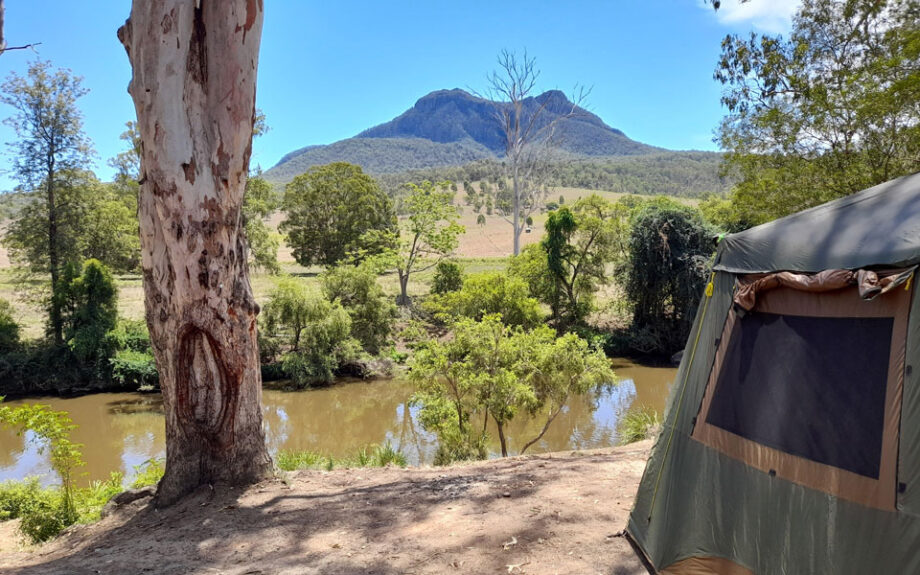 Other Reddit users speculated the tent was situated in a region called Flanagan’s, which is apparently a “nice spot” with turtles. Granted: it’s not quite the Phi Phi Islands but hey: if you’re looking for the quintessential Australian experience, this is hard to beat.

Another key insight for any budding tourists is that you should take care before emulating this exact scene, especially in storm season. “Gutsy to park a tent under the gum tree!” one wrote. “They don’t call them widow makers for nothing.”

“Lucky we aren’t in storm season yet,” another responded.

With photos like this bouncing around the airwaves and with experts predicting Australia is set to see a shift ‘back to the 70s‘ when it comes to holidays this year, it looks like Tourism Australia may be able to kick back and put its feet up – Reddit and Instagram are doing its job for it…