It’s almost the end of 2020 and boy it has been a chaotic year that saw many unexpected things happen, for better and for worse. One thing that has remained the same, however, is the world’s love for dive watches. Nearly every big name brand, including the likes of Rolex, Blancpain, Panerai and Tudor all released new dive watches, however, this, the Alsta Nautoscaph Superautomatic might be the coolest one you can get your hands on… 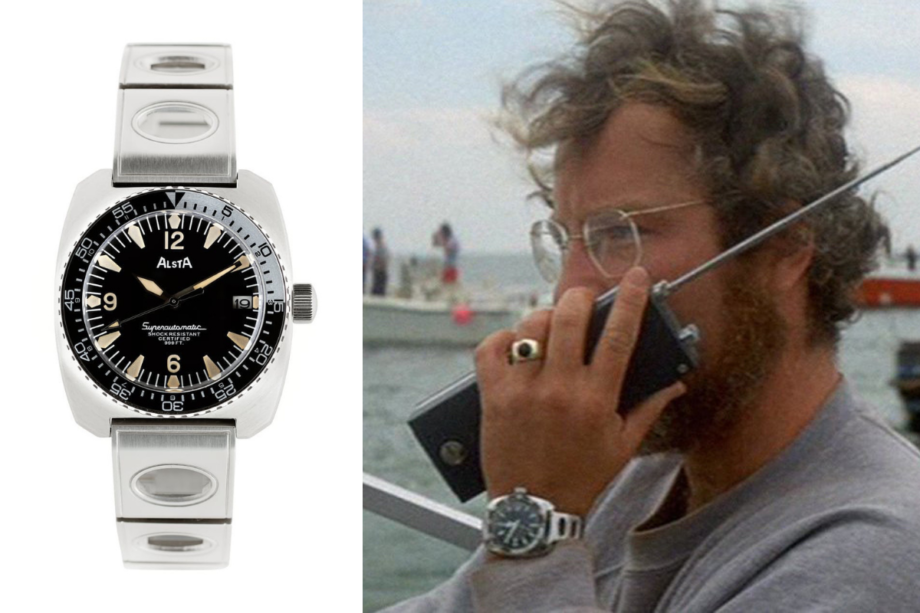 Why so cool you ask? Well, the Nautoscaph Superautomatic was the watch of choice for Richard Dreyfuss (the marine biologist) in the 1975 blockbuster Jaws. Dreyfuss can be seen wearing the watch in a multitude of scenes, including whilst trying to catch the shark and some of the underwater scenes.

Unlike modern dive watches, it’s aesthetically unique with an almost square case, thanks to oversized lugs and an epic strap that looks as if it is a stainless steel reincarnation of something you would have seen on the wrist of Stirling Moss during the Mille Miglia. It’s certainly not as pretty as a Panerai, but this watch has a rugged charm, that most of its modern peers seem to lack.

Priced at $1005, it’s not the cheapest dive watch around, but you certainly won’t find another watch with a story as good and the capability to match.

These $119 Sustainable Sneakers Are Perfect For Summer

This $30 Designer Face Mask Is A Celebrity Approved Must-Have

These $219 Golden Goose Alternative Sneakers Are A Must Have

This $148 Men’s Hoodie Is Perfect For Beach Summer Nights