Lowest Mileage 90s Ferrari In The World On Sale In Melbourne

“The most original… most pristine, perfect example EVER.” 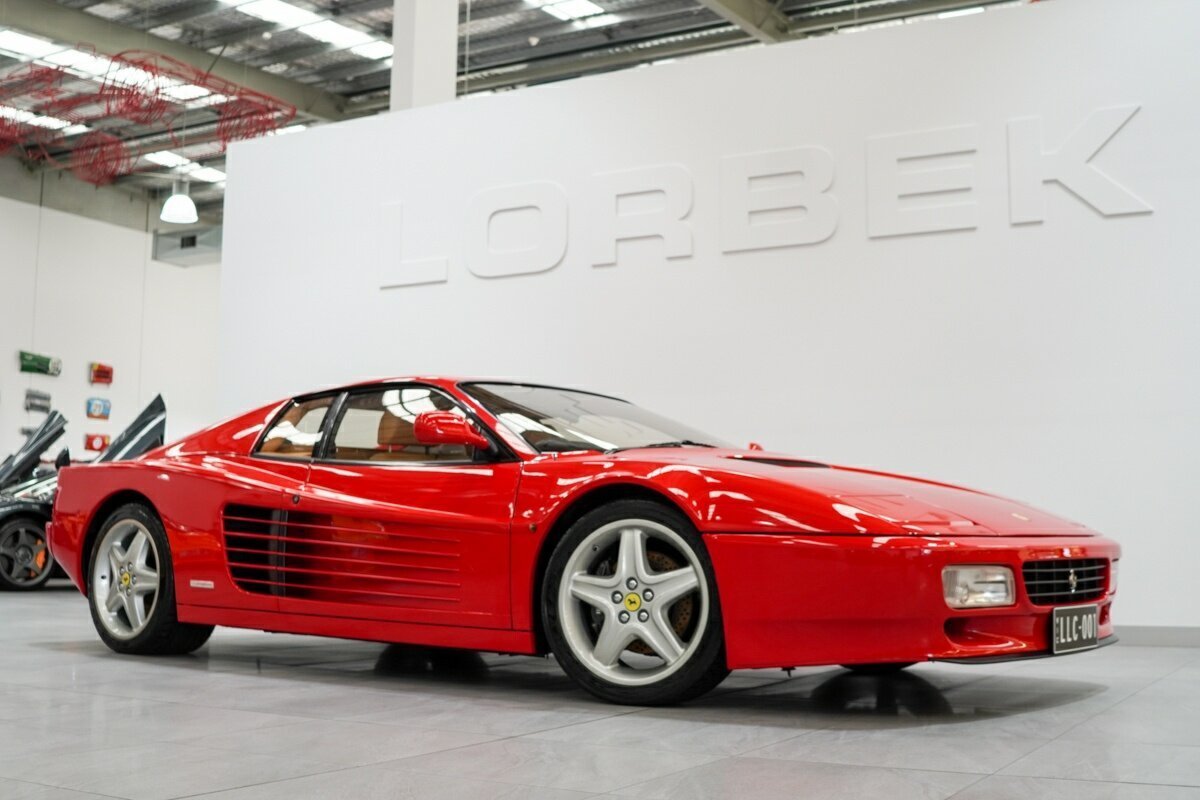 With used car prices so high right now in Australia thanks to The Bat Kiss, you’d be hard-pressed to find a car with less than 150,000kms on the clock for less than $5,000. Take a zero off the odometer, and potentially add a zero on to the price – it’s that competitive.

Australia is a big country, with huge distances between cities, and cities themselves being sprawling, congested things. Case in point: Sydney alone is bigger than all of Lebanon or Jamaica, and Melbourne is bigger than all of Cyprus, and twice as big as Luxembourg. Cars Down Under rack up miles quicker than Usain Bolt down a running track.

So finding a car from 1994 with just over 1,000kms on the clock – let alone a rare Ferrari Testarossa supercar – is nothing short of a miracle. But that’s exactly what the legends at Lorbek Luxury Cars in Melbourne have done. 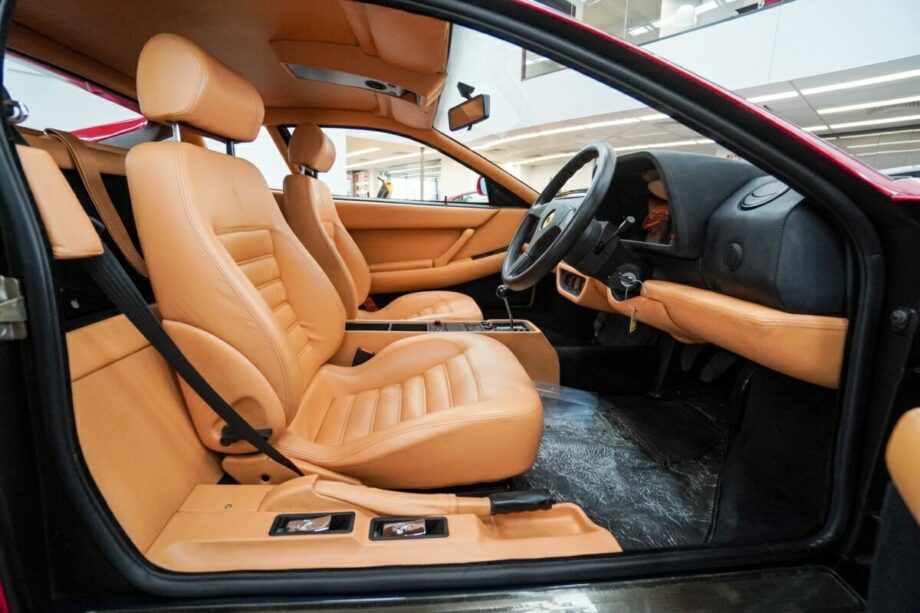 Imagine denying yourself the pleasure of peeling off your car’s plastic wrap… We’re glad the previous owners resisted the temptation, though. Image: Lorbek Luxury Cars

Lorbek reckon it’s “the most original… most pristine, perfect example EVER.”

“Finished in [the] stunning, most sought after colour combination of Rosso Corsa and beige leather interior… it still even has the factory original plastic wrap on the carpets in footwells and on the door sills! Totally and completely factory original everything,” they gush.

“This vehicle has never been registered before and was built in the original Ferrari factory. Factory RHD… sold new from Singapore in early 1994 then imported to Australia in August 1994 and then sold from Ferrari Adelaide to the previous owner with only 450kms and now has travelled only 1,034kms from new. She would be the lowest mileage in the world on the market currently.”

Lorbek communicates that it’s been garaged for most of its life and shockingly, only driven four times. It’s a veritable time capsule of a car – it’s hard to think of any other Ferrari from this era in a similar condition outside of a museum. 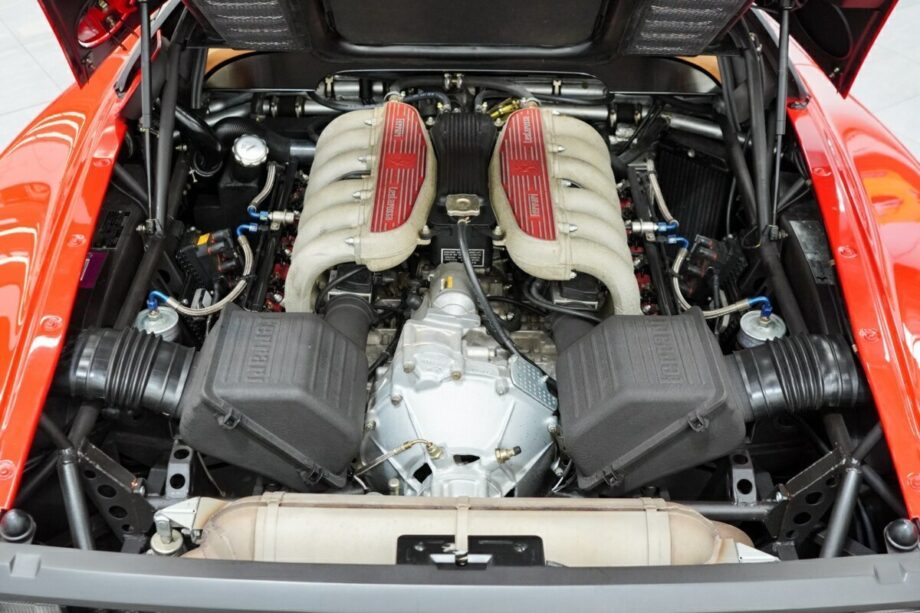 The 4.9L flat-12 that powers this Prancing Horse is a rather unusual beast. Ferrari remains the only car marque to have ever used flat-12 engines in production models. Image: Lorbek Luxury Cars

The Testarossa was a 12-cylinder mid-engine grand tourer produced by Ferrari from 1984 to 1996, and was most famous as the car of choice for Don Johnson’s character James “Sonny” Crockett in the 1980s television series Miami Vice, where he drove a white example. Other celebrity owners of the Testarossa include Dr. Dre, Elton John, Jordan Belfort, Michael Jordan, Mike Tyson, O.J. Simpson and Rod Stewart.

The 512 TR, of which Lorbek’s car is an example, was a redesign of the Testarossa that was produced from 1991 to 1994, and was effectively a completely new car from the ground up. The 512 TR not only featured a redesigned body with even more aggressive aerodynamics but made 315kW, a solid 28kW more than its predecessor. It also had a much slicker gearshift than the earlier Testarossa, one of the few criticisms of the original car, as well as improved driver ergonomics.

Listed for just under 560,000 AUD, this time-warped Testarossa is a steal and a half. The real dilemma is this: do you keep it in the pristine condition that its previous owners did, or do you go hell for leather on what’s effectively a blank canvas?

Either way, check out the car on Carsales or at Lorbek Luxury Cars’ online showroom.