NBA Coaches Put On Notice For Crimes Against Fashion 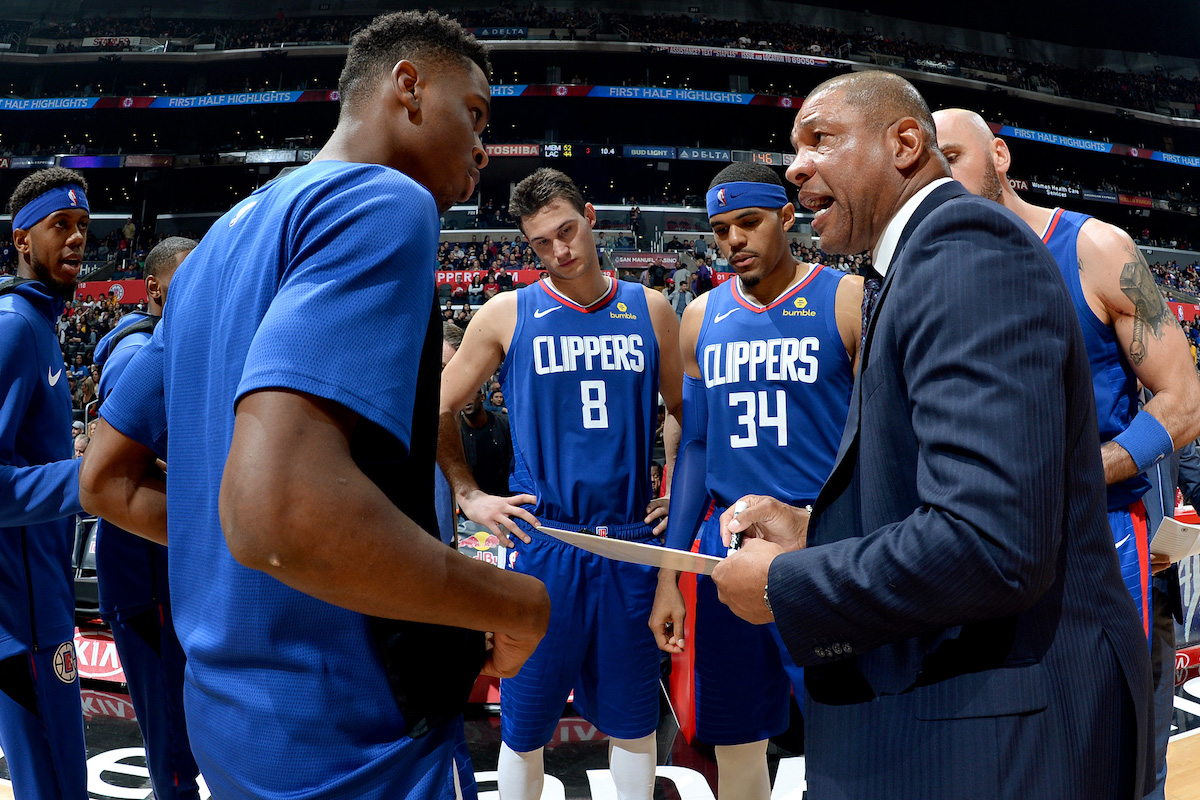 Then head coach of the LA Clippers Doc Rivers speaks to his team during a 2018 game against the Memphis Grizzlies. Image: Getty

When you think about NBA debates, you’re probably thinking of LeBron James vs. Michael Jordan or the LA Lakers vs. the Boston Celtics. You’re probably not thinking suits vs. no suits, but it turns out this sartorial beef is one of the most hotly-contested issues in the sport… Among coaches, at least.

Since 2006, all NBA players must dress in business or conservative attire while arriving and departing a scheduled game, on the bench while injured, or when conducting official NBA business. Coaches too have been required to wear a suit or a sports coat as well as a tie. While players can ditch their suits for their uniforms once they hit the hardcourt, coaches need to look professional for the entire game. Many coaches have been pining for a more casual dress code for some time, while others are quite happy to rock a suit, ESPN relates.

However, the 2019-2020 season has changed things. During the ‘NBA Bubble’ in Florida this year, the dress code for coaches was eased somewhat, allowing polo shirts, trousers and sneakers – much to the relief of many coaches, who have long complained about having to worry about packing suits and what they wear as they travel around for games during the season.

There’s a lot of support for this relaxed dress code continuing into 2021 and beyond both among coaches as well as fans, as this NBA.com article reveals. But as basketball fashion blogger LeagueFits suggests, it’s not all good news, as this questionable fit from Miami Heat head coach Erik Spoelstra demonstrates.

While jorts are now technically permissible for coaches according to the NBA dress code, that doesn’t mean they’re a permissible fashion choice for any grown adult. Tucking your polo into your shorts is another crime against fashion, and is so distracting that it might just explain why the Heat lost against the Lakers in the 2020 NBA Finals.

RELATED: LeBron James Celebrates 2020 With Fastest Porsche Ever Made

If the NBA’s head coaches need some style inspiration, perhaps they should take some smart casual pointers from Australia’s well-dressed celebrities.