Compared to its usual gin-tonic clinks and mad motorist honks, Paris is down and out right now. This year has seen ‘cruel’ new cafe rules, strict curfews and an eerie new reality. The city known for its glamour, defiance and hedonism has been forced to mask up and stay home.

Much like luxury brands have in recent years been trying to figure out how to be at once ‘devil may care’ and ‘woke,’ the world at large is now having to reconsider the point where individual rights and free thought become selfish, in the face of a massive communal need to Do The Right Thing.

Paris having the reputation it does, the city is arguably a focal point for this debate. Enter: the following photo. Taken 10 weeks ago (half way through September) and depicting a German model posing in front of Paris’ iconic Cafe de Flore, the image was noticed recently by DMARGE.

The photo shows the model not wearing a mask, while cafe patrons behind enjoyed the day (some wearing masks, some not). While DMARGE does not presume to know whether the model then sat down with or without a mask on, whether the shoot was ordained by authorities, or whether she sat down at all, the image represents the concept of defiance vs. reality quite well.

RELATED: The Truth About Why Parisians Are Rude To Tourists

According to a BBC article from August 28th, “Wearing a face mask in public has become mandatory across Paris and several surrounding areas, amid a surge in Covid-19 cases in France. On Friday the country recorded 7,379 new infections – its highest number since early May.”

“The number of ‘red zones’ where the virus is in active circulation has risen from two to 21.”

This is something France may have to wrestle with for some time. It also relates to a discussion DMARGE had in October with photographer Kiran Ridley whose ‘before and after’ curfew photos made waves on Getty.

Ridley told DMARGE in October (when the curfew came into effect), “[Some] people are either complacent or they are just choosing to ignore [the curfew].”

“The curfew has been in place for a week now” Kiran said at the time. The first night it came in, Kiran told DMARGE, “9pm came and went and there were still a lot of people about.”

“I went to Champs Elysees at about 10pm at night because I wanted to take a picture of that but there were still a lot of cars going up and down.”

“I think takeaways are still open.”

“Traffic is a lot lighter [than it would otherwise be] but 9pm is a bit fuzzy – a bit loose – restaurant workers and people who have work exemptions are still around.”

“I drove past a bar on Thursday night and it was packed at 8pm.”

“Strange in that respect.”

Having said that, Ridley’s ‘before and after’ photos also show the curfew has been far from completely ineffective, at least in the brute sense. 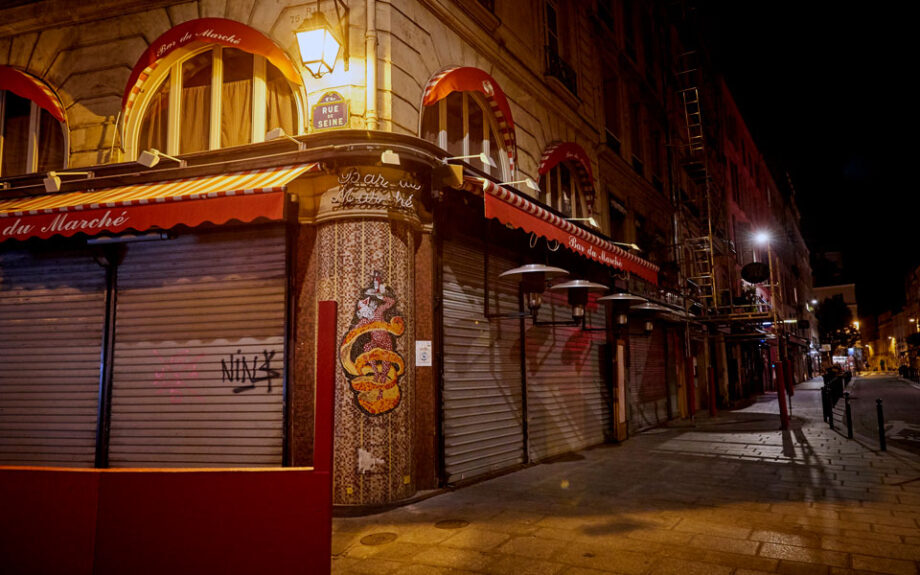 Ridley also told DMARGE “people are determined for it not to affect their everyday lives,” and that during the day Paris in October looked much the same as Paris in September.

On top of that, Ridley said, in his opinion, there could be something of a reactionary element to the laissez faire attitude he observed in the early stages of the curfew being introduced.

“Lockdown here in March and April was very tough, tightly regulated; very hard – more than the UK experienced in their lockdown.”

“There’s a real reluctance from the government and people to go back into another lockdown.”

Ridley also said the areas of Paris that are usually very touristy are struggling the most. 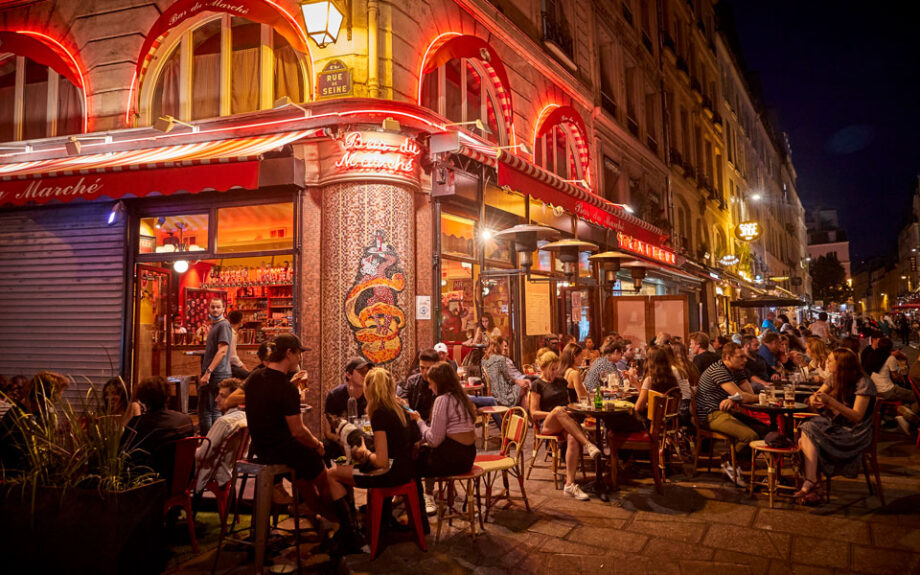 “Areas of Paris that don’t have a large local neighbourhood are really struggling – Notre Dame, 5th and 6th arrondissement, etc.”

“Local neighbourhoods and the bars there are thriving.”

Now both confirmed cases – and the relevant restrictions to counter them – have risen once again.