“When two cars have a better view of Sydney than 95% of the population.”

The Harbour City might be beautiful but it’s also one cruel mistress, in between its bougie proclivities, ‘culture-less’ reputation and of course, its insanely over-inflated property market.

Indeed, Sydney has one of the least affordable housing markets in the world, with Sydney coming in as third-worst behind Vancouver and Hong Kong in a 2020 Bloomberg report. Of course: there is an argument Sydney property deserves it’s so-called ridiculous price tag (which DMARGE recently investigated). But by and large it’s seen as low key ridiculous (see: The Truth About Sydneysiders’ ‘Pharoah Like’ Attitude To Real Estate).

While Sydney boasts its fair share of ~poppin’~ postcodes – think the Northern Beaches, The Rocks or the Lower North Shore – the Eastern Suburbs is easily the most exclusive part of the city. Harbour views, world-class beaches, close to the city and glitzier than Cristiano Ronaldo’s watch collection, Eastern Suburbs locales like Vaucluse, Darling Point, Bellevue Hill and Dover Heights are some of the most expensive suburbs in the country.

The insane wealth that conglomerates in the Eastern Suburbs is particularly poignant, even in a city like Sydney. Indeed, a particularly sharp example of Eastern Suburbs opulence got Aussie Redditors fired up last night, with a photo posted to /r/sydney aptly titled as “when two cars have a better view of Sydney than 95% of the population.” 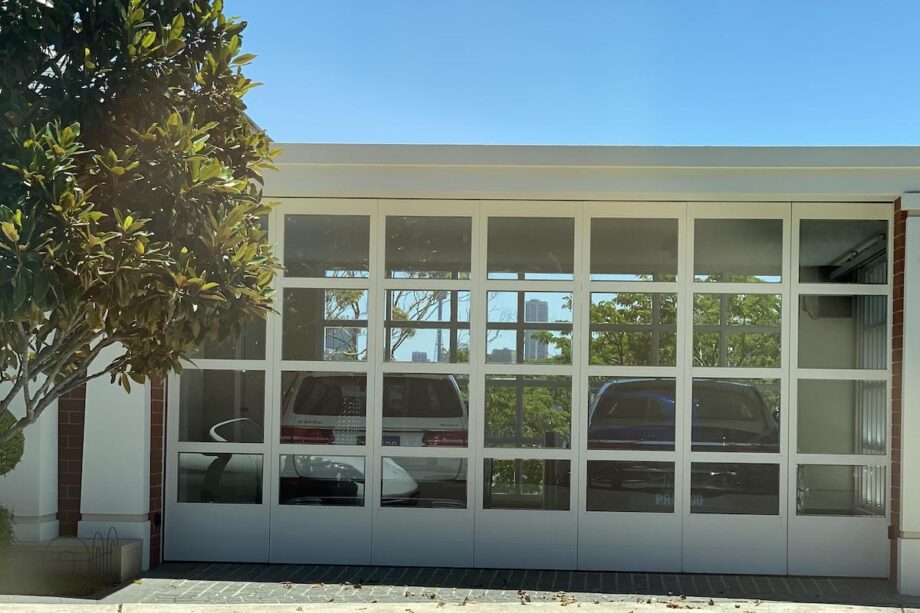 The photo, taken of a house on Wolseley Road in Point Piper – Australia’s most expensive suburb and just around the corner from former Prime Minister Malcolm Turnbull’s $52 million mansion – is a little bit rude. Not only is the view from this place’s garage to die for, but the cars inside aren’t bad either – two large Mercedes-Benzes. You can also spot what appears to be a Porsche Boxster in the garage door’s reflection.

/r/sydney was both envious and angry in equal measure.

“That garage could be a premium apartment if they wanted,” one Redditor pointed out, “just throw a futon on the floor.”

“At least it’s glass panelling so us plebs can get a glimpse,” one quipped. “Just enough to create the jealousy that gives the status symbol its value,” another responded.

“You know there is just maybe something wrong with the world when two… cars have a home when there’s people starving on the streets,” was a particularly apt take.

But one short comment put it best: “pretty much sums up Sydney.”

Unsurprisingly, virtually all of Australia’s most exclusive suburbs feature ocean views or proximity. A notable outlier is Toorak in Melbourne’s Inner West, where you might be able to get a glimpse of the Yarra River if you’re lucky. Toorak is Melbourne’s most expensive suburb and Australia’s eleventh-most overall, and is also the only Melbourne suburb with a median house price of over $4 million. However, no Melbourne suburb has a median house price of over $5 million, whereas Sydney is home to nine, according to Upside.

We’re getting sticker shock… Excuse us as we permanently relocate to the Maldives.