In the nick of time. 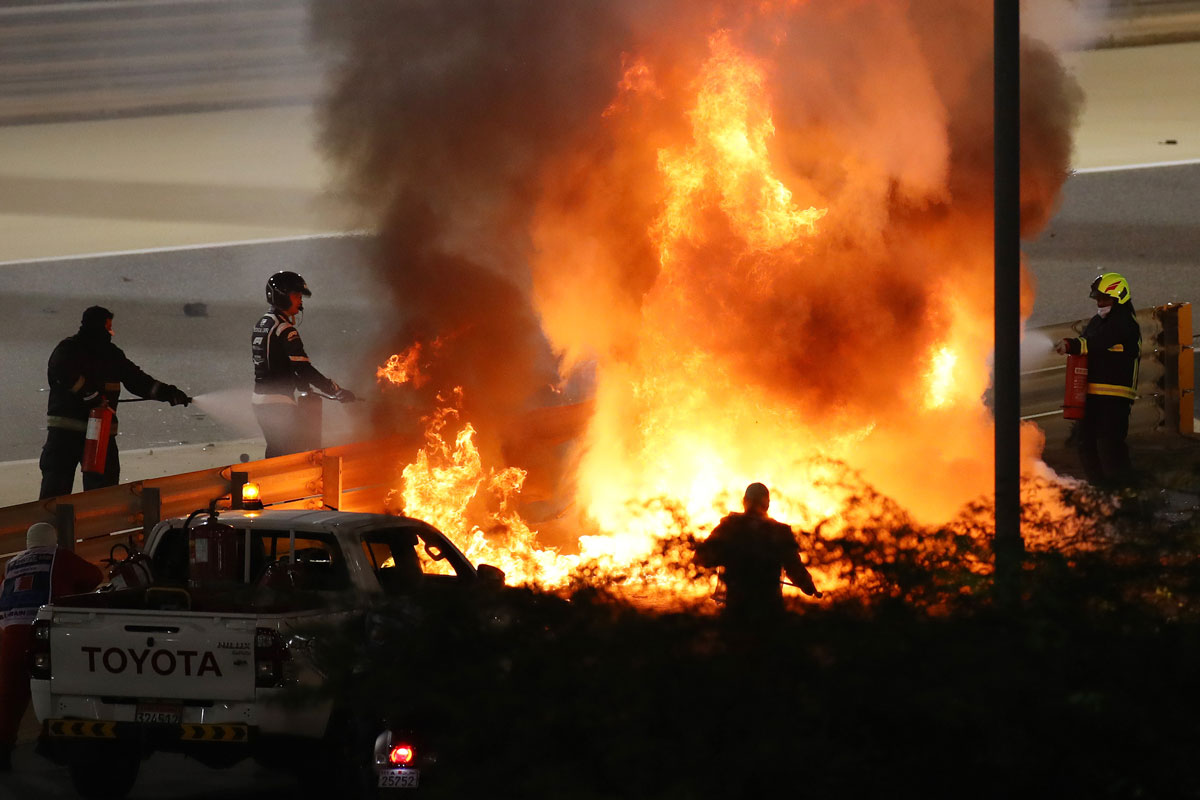 Formula One has dominated international news this week, and not necessarily for all the right reasons.

The Bahrain Grand Prix late last month saw one of the most spectacular motorsports accidents in recent memory. Haas F1 Team driver Romain Grosjean survived a truly biblical crash which saw his car literally snap in half, exploding in a huge fireball that shocked sports fans right around the globe.

Thankfully, Grosjean survived the crash with only minor injuries. This is in large part due to a safety device nicknamed the ‘halo,’ which was introduced in 2018 and mandated for F1 cars: a slingshot-shaped piece of titanium that wraps around the cockpit. Grosjean and other drivers at the time criticised the halo, as it obscures a driver’s vision somewhat, but Grosjean is now singing a very different tune.

While the shocking images of the crash and its aftermath have been dominating the media over the last few days, we spotted something that had us scratching our heads. As Grosjean escaped his car, you could clearly see a bright red flash of colour on his wrist – his signature Richard Mille RM 50-01 watch. 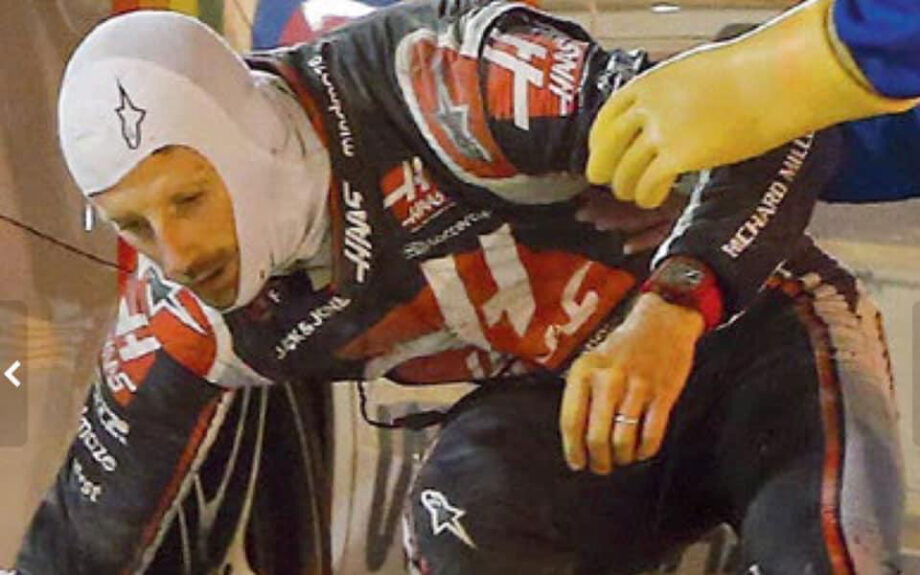 Romain Grosjean pulled from fiery wreckage at Bahrain GP in 2020.

It reminds us of Felipe Massa’s awful crash at the Hungarian Grand Prix in 2009, where he too was seen with his signature Richard Mille RM 011 on his wrist as he was foisted from the track. It also begs the question: why are these drivers wearing their watches during races? 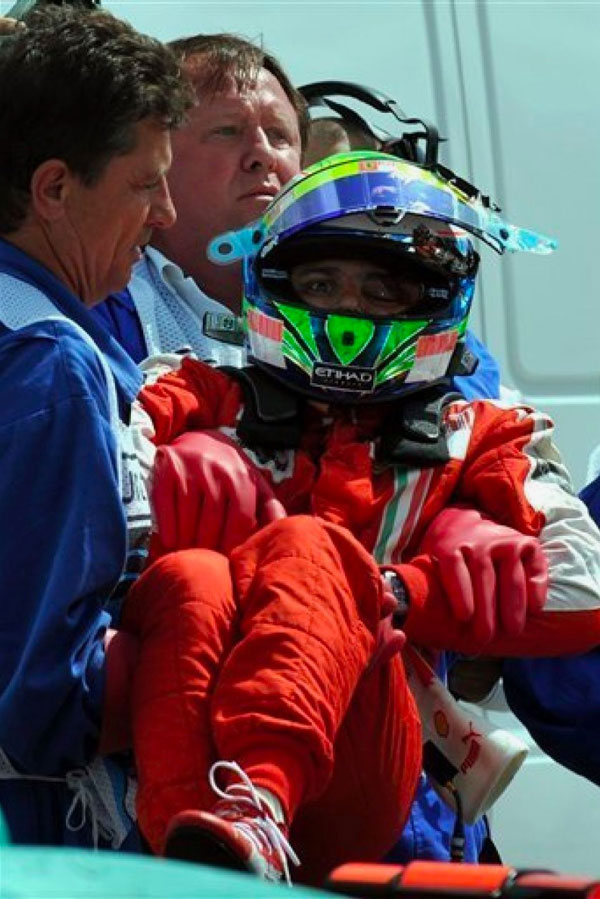 Generally speaking, drivers aren’t allowed to bring anything superfluous into the cockpit. While many drivers and F1 teams have endorsement deals with watch brands – Ferrari with Hublot, Red Bull with TAG Heuer and so on – they don’t typically wear the watches during races. Mercedes drivers Lewis Hamilton and Valterri Bottas’ race suits feature gloves with IWC Schaffhausen decals that imitate watches, but that’s about it. 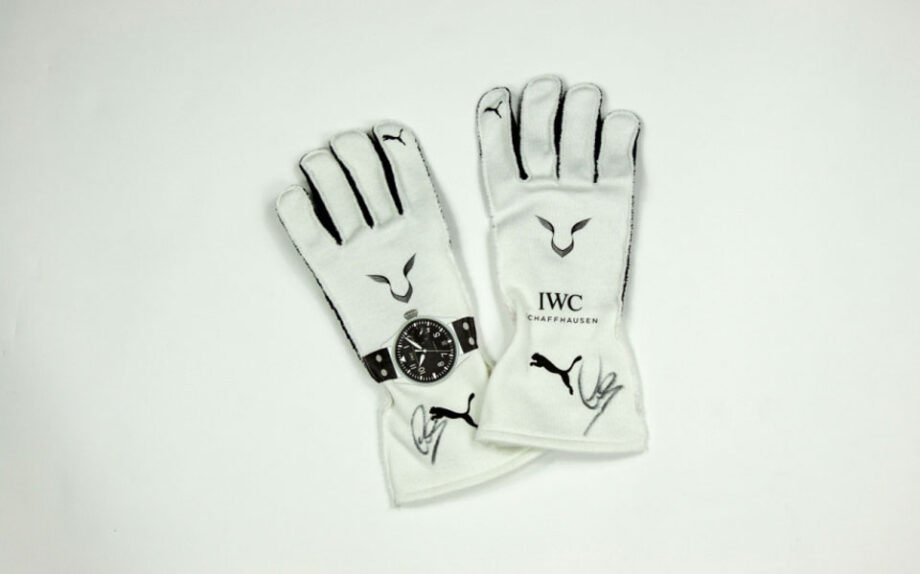 Admittedly, Richard Mille watches are quite unlike any others. They are highly technical timepieces made out of exotic composite materials, designed for maximum lightness. They only weigh a few grams, despite their large dimensions. Perhaps they pose less of a performance ‘impact’ or safety risk than other brand’s watches.

That said, even light objects can become hazardous at the insane speeds and g-forces that F1 drivers like Massa and Grosjean experience. Weight aside, what if the watch got snagged on something as they were trying to escape their car? It seems highly unlikely – sure. But still: it’s a small added element of risk.

Grosjean wasn’t the only driver to have a near miss at the Bahrain Grand Prix. Racing Point’s Lance Stroll also made contact with Daniil Kyvat and flipped his car – the halo proving invaluable once more. In other F1 news, Michael Schumacher’s son Mick will replace Grosjean at Haas next year, with fellow F2 racer Nikita Mazepin joining him, replacing Kevin Magnussen.

For the record, DMARGE does not imply the Richard Mille brand had anything to do with these incidents.