Time to get ‘slop positive.’ 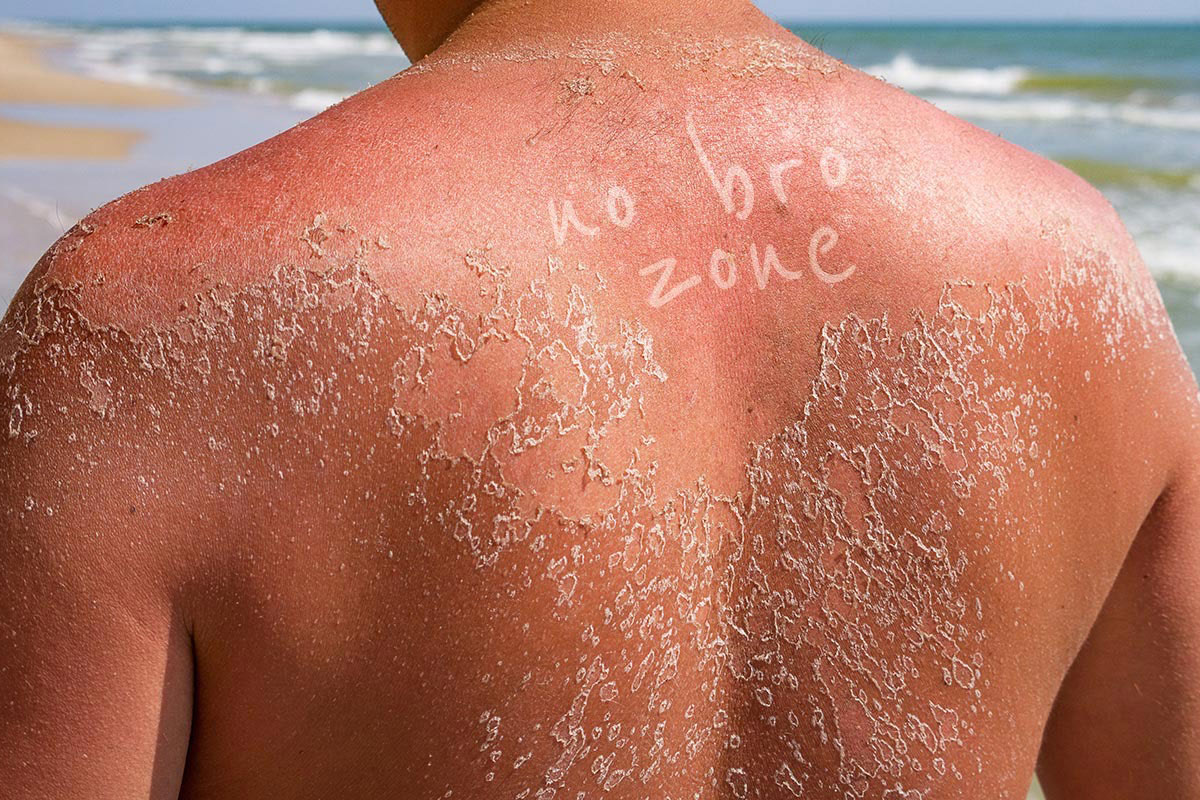 Summer’s here. You get to the beach, kick off your thongs, flap down your towel and take off your shirt. Then you realise. You’ve forgotten to put sunscreen on your back. You look around uncomfortably.

It’s just you and two friends. This leaves you in a predicament: asking a mate to cream your back is uncomfortable at best, awkward at worst. Even worse: it doesn’t matter how many times you do it – asking an acquaintance to slop sunscreen on your back always feels a little weird.

There is hope, however. King also told DMARGE, “We know that 95% of skin cancers are caused by UV radiation, making it highly preventable if we take care of our skin using five forms of sun protection (clothing, sunnies, hats, sunscreen, shade).”

“Having each other’s backs will ultimately reduce skin cancer risk and save lives.”

Other Cancer Council NSW statistics that should give us pause when fretting over how our mate might react to being asked to grease us like a cake tin, are that every year, in Australia:

Cancer Council NSW also points out that “the sooner a skin cancer is identified and treated, the better your chance of avoiding surgery or, in the case of a serious melanoma or other skin cancer, potential disfigurement or even death.”

Few individuals know this as well as Jimmy Niggles – the founder and CEO of Skin Check Champions (formerly known as Beard Season). Skin Check Champions is a non-profit charity which aims to win the race against melanoma through early detection, encouraging Australians to get smear happy this summer.

Jimmy founded the movement in 2010 (it was formerly known as Winter, before it became known as Beard Season, and now Skin Check Champions) after his mate, Wes Bonny, died from a melanoma. Since then the challenge has grown into a global movement.

Jimmy recently caught up with DMARGE to chat about the ‘slop shame’ many Australian men feel when asking a mate to put sunscreen on their back, and why we need to flip the script. Jimmy’s take? We should feel proud to have each others’ backs.

“Sure: it might be something you would rather have your partner for… but it’s also something you should be proud to do, especially when [skin cancer] rates are not slowing down.”

Jimmy also said now is a crucial time to spread this message, with many more people getting out and about again in the summer heat, and many parts of Australia relishing their post lockdown freedom.

Along with Cancer Council NSW and DMARGE, Jimmy encourages Australians not to let this stiff ‘no bro zone’ philosophy to continue dangling over us, but rather to “be the first one to take the lead” and help mates slop sunscreen over that spot they can’t quite reach. 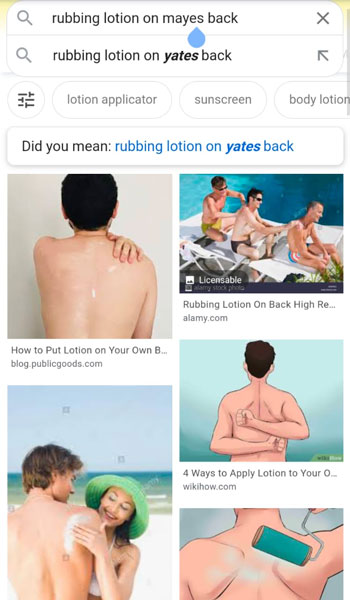 Jimmy told DMARGE, “a lot [of skin changes] crop up on your back” and pointed out over 95% of skin cancers can be successfully treated – if they’re detected early, which is what Skin Check Champions is all about.

Hopefully, in doing this we’ll be able to move beyond the place we are now (where Google Images barely recognises the search term “rubbing lotion on a mate’s back”) and where men resort to desperate lengths (and Wikihow articles like “four ways to apply sun lotion to your own back”) to avoid having to ask a mate to put sunscreen on their back.

The aforementioned Wikihow article provides a rather absurd insight into how anxious asking a mate to put sunscreen on your back makes many men: “Creative ways to apply lotion to your back include using your forearms instead of your palms, using plastic wrap like you would use a towel, and using a paint roller to extend your reach.”

DMARGE, Skin Check Champions and Cancer Council NSW are asking Australian men to throw that thinking out the window, embrace the awkward and lather lotion into their mates’ backs this summer. And if you’re feeling particularly inspired, encourage them to get a skin check while you’re at it.

Though there is still a hump to get over, there appears to be fertile ground for Aussie men to get smear happy, with a recent poll DMARGE conducted on Instagram showing 59% of respondents are already ‘on board’ with rubbing sunblock onto a mate’s back. 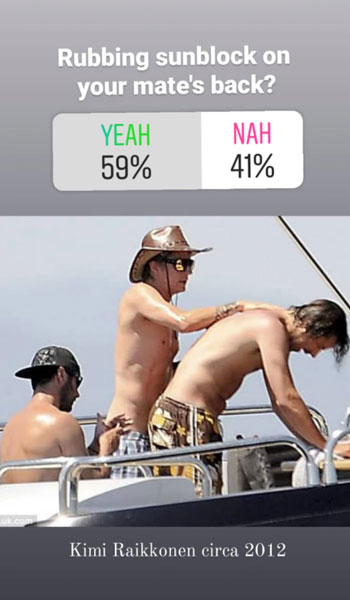 It’s also worth getting familiar with the look of your own skin, so you can pick up any changes that might suggest a skin cancer. This means looking for: any crusty, non-healing sores, small lumps that are red, pale or pearly in colour, new spots, freckles or any moles changing in colour, thickness or shape over a period of weeks to months. This is not to replace getting a professional skin check, but a welcome addition.

Cheers – and slip slop slap – to that!