“Zlatan once raced with time, time is still running.” 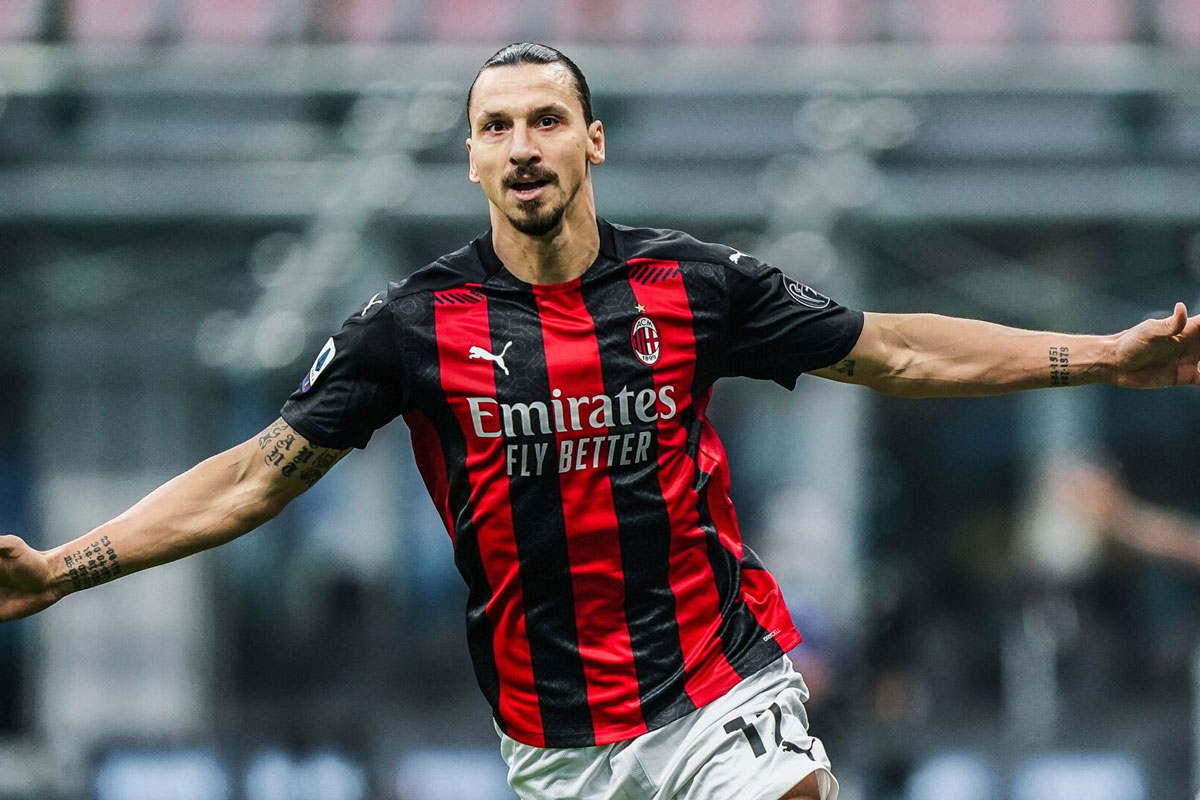 Zlatan Ibrahimovic is one of those rare individuals who is both an egomaniac and well loved. He recently opened up to Sky Sport, telling the news network, “My ego went down, so I went to America to start from scratch,” referring to the period in time he went from Manchester United to LA Galaxy – a move many thought signalled his time in the big leagues was over.

Ibrahimovic is now defying age however, having had quite a remarkable season with Serie A club AC Milan, proving there’s more than a little top tier life left in the 39-year-old legend.

As Goal reported in July, Ibrahimovic, who played for AC Milan earlier in his career, as well as their rivals Inter Milan, “is now the first-ever player to reach a half-century for both Italian giants, who share use of the legendary San Siro stadium.”

“His total goal haul in club and international football now stands at 552 in 934 matches, a tally only bettered by Lionel Messi and Cristiano Ronaldo among players active in the game.”

How does he keep kicking (literal and figurative) goals? His fanatical approach to training provides a clue. Enter: the outspoken Swede’s latest Instagram post, which simply (perhaps cryptically) reads, “Try to stop me.” This alongside a video of Ibrahimovic training – jogging – in the snow.

This comes after speculation he may retire next year, which has been previously shot down on Instagram by Ibrahimovic (“you don’t know me”) various times before.

SBS reported yesterday “The veteran striker has impressed since returning to the Serie A club at the start of the year, although talk about his future continues after he turned 39 in October.”

But Ibrahimovic, who is contracted until the end of this current season, says he wants to continue while he can.

“As long as I will continue to feel good. Because when the years go by, we no longer talk about quality, but only about how you are physically,” he told Sky Sport, SBS reports.

He also spoke (again, to Sky Sport) about why he spent two seasons at LA Galaxy (and why he returned to Europe) after rupturing his ACL whilst at Manchester United.

“Why did I go to America? Because I wanted to start from scratch, I thought that, perhaps, after the injury, I would no longer be able to do the things I did before at Manchester United. I told [Jose] Mourinho, ‘Don’t call me anymore, with all due respect I am no longer the Ibra I was before.’ I was being realistic towards myself, my ego went down, so I went to America to start from scratch.”

“I didn’t know what awaited me, but after two years I felt alive and I said, ‘Let’s go back to Europe and see if I can do it or not.’ That’s why I signed up for six months, to evaluate myself. I have my vision, my confidence, but then it all depends on the results on the pitch.”

“It is one thing to have vision and trust and then step into the field only to be told you can’t take it anymore. It doesn’t really matter what people say – because you don’t have to be influenced from outside – you have to trust. That’s why I say it’s all ego.”

His future at AC Milan beyond the end of this season remains unclear. But rest assured: it appears he’s doing all he can to keep in shape. Talk about a Viking mentality...