“The dynamic restrictions and requirements implemented by the different state authorities in Australia had added complexity and burden to our operations.” 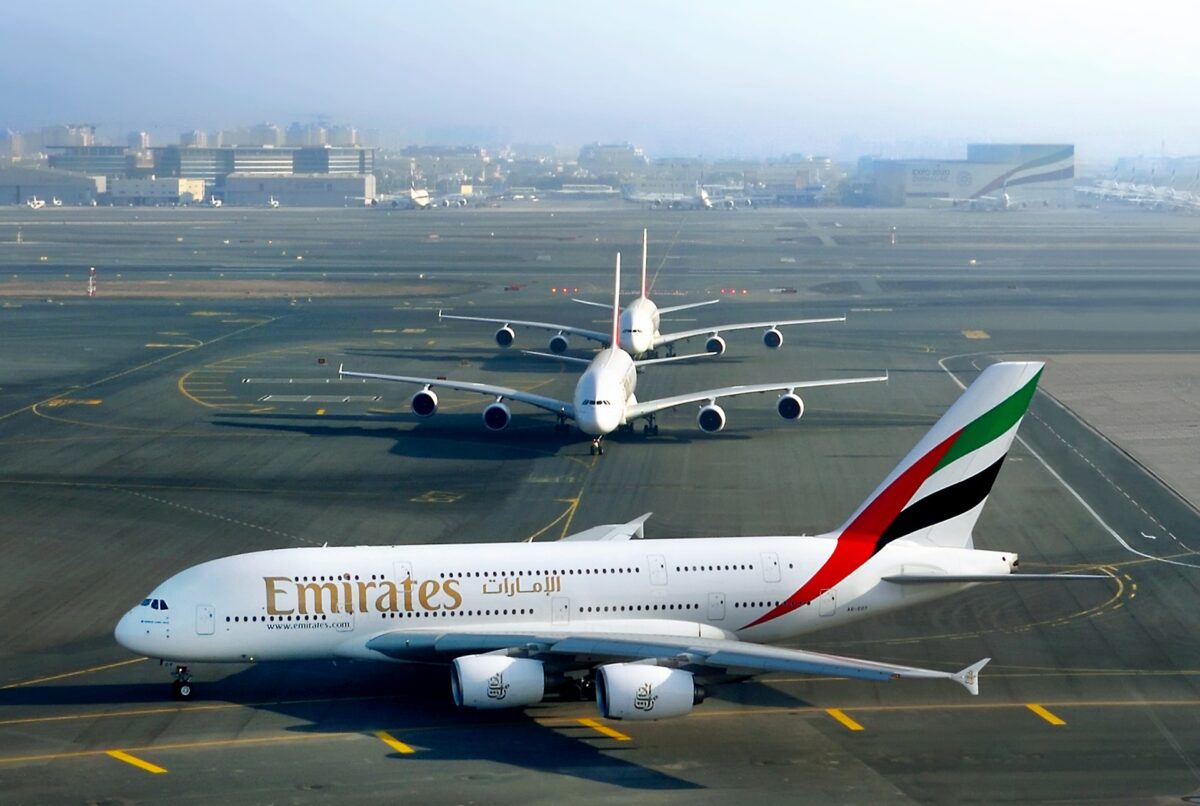 Last Friday Emirates announced the suspension of its services to and from Sydney, Melbourne and Brisbane indefinitely (though Perth was left alone). It has today announced these services will resume next week, from Monday, Tuesday and Thursday respectively.

The services were cancelled last Friday after it was announced international flight caps in three Australian states would be scissored in half until February the 15th (which came in response to the threat of a new highly transmissible strain of COVID-19 from the United Kingdom).

Although the services are now set to resume (as reported by the ABC today), this has left a week’s gap in services, which has left hundreds of Australians stranded overseas. For some, it was the fourth time their flight home had been cancelled.

Emirates provided DMARGE with the following statement last Saturday, when asked if the flights had been suspended in response to the new arrival caps (which appeared the obvious trigger for Emirates’ decision at the time).

“Emirates flights to/from Sydney, Melbourne and Brisbane will be suspended until further notice due to operational reasons.”

“We apologise for the inconvenience caused to our customers. Affected customers should contact their travel agent or Emirates contact centre for rebooking options.”

“Australia remains an important market for Emirates. We continue to serve Perth with twice-weekly flights and we are working hard to prepare for resumption of services to our other points.”

DMARGE had also heard rumours Emirates’ suspension of flights could have been to do with a strict cabin crew policy speculated to be in effect in Melbourne (wherein, if one crew member tests positive on arrival, the rest of the crew are considered close contacts and there is no one left to operate the flight back, resulting in many outbound flights being cancelled). This rumour, if true, would pose operational challenges to any airline running international flights in and out of Melbourne (not just Emirates).

This was unable to be verified. When DMARGE asked about it last weekend, Emirates responded: “At this stage, we don’t have anything further to add around the suspension but there’s some more information around travel requirements by destination here.”

Even the ABC, which wrote an article entitled, “Why did Emirates suspend flights to Sydney, Melbourne and Brisbane,” five days ago, could come up with little hard facts at the time.

“For now, Emirates has said the decision was due to ‘operational reasons,'” the ABC reported.

“The airline has said it ‘remains committed to Australia and continues to operate twice-weekly flights to/from Perth.'”

“We don’t have any more information about the reasoning behind the decision beyond that,” (ABC).

Today, however, the ABC reported a statement released by Emirates, which may shed further light on this topic: “The pandemic has made international flying incredibly challenging, and the dynamic restrictions and requirements implemented by the different state authorities in Australia had added complexity and burden to our operations.”

“This led us to temporarily suspend passenger services while we engaged with various stakeholders regarding crew protocols and other operational details.”

Emirates confirmed to the ABC that crew operating on Australian flights were already required to take a PCR coronavirus test 48 hours prior to scheduled flight departure times from Dubai.

“With the latest adjustments, these tests will be administered in their homes, and our crew will also observe self-quarantine in their homes from the moment of testing until their flight… Combined with the hotel quarantine and tests on arrival in Australia, this effectively means that our crew are in a bubble from 48 hours before their flight, until they return to Dubai.”

“This is an added burden for our crew as individuals, for our rostering, and operating costs, and therefore this decision was made after careful review and consideration.”

“We are grateful that our wonderful crew teams are very understanding and supportive, which has enabled us to quickly restart passenger services.”

“The safety of our customers and colleagues is always our top priority, and as always, we work closely with the authorities and health experts in this regard.”

Airlines have been doing it tough since the COVID-19 pandemic hit, with limited numbers of carriers still operating services to Australia. Neither Qantas nor Virgin Australia are currently running international flights. As Flight Hacks founder Immanuel Debeer told DMARGE recently, “To give you an idea, only 73 people per day are allowed into Western Australia from overseas. We currently have three airlines flying passengers. So that means around 24 people per flight depending on the schedule.”

Qatar Airways is one of the other airlines currently operating flights to Australia. When asked whether they would consider suspending services too, in light of what has just happened with Emirates, DMARGE was provided with the following statement, which outlines some of the challenges airlines seeking to fly to Australia currently face.

“Qatar Airways analyses each flight based on a range of criteria, including compassionate and medical requirements, connecting flights, booking class, party size and commercial value. In order to ensure the continued viability of our operations to Australia commercial value of tickets sold must also be taken into consideration to be able to operate each flight.”

“However, each passenger’s case is treated on an individual basis regardless of what cabin class they have booked. We have been assisting many passengers with emergency/compassionate issues as first priority to help them get on a flight home to Australia as soon as possible. We continue to work closely with all our passengers to find alternative flights if they are unable to travel on their original intended flight. The airline also recently resumed flights to Adelaide, one of the five Australian cities now served, further supporting repatriation efforts.”

“Qatar Airways has been one of the few international airlines to never stop operating to and from Australia, helping carry over 180,000 Australians and international travellers home since the early stages of the pandemic, more than any other airline.”

To place this in context, Sydney University Professor of Transport and Supply Chain Management Rico Merkert told DMARGE last year Qatar Airways’ persistence with international flights could also be because it doesn’t have as many domestic routes to sustain it like, say, Qantas, or Virgin Australia.

Qatar Airways also came into this year’s aviation crisis one of the richest airlines in the world. And – as their decision to declare themselves the “world’s largest carrier” in June 2020 suggests – taking the punt to keep operating in this time may prove a smart marketing call in the long run (they weren’t even in the top 7 in 2018).

Merkert confirmed to DMARGE exclusively: “Yes, [continuing to operate flights has been] great for brand building and grabbing market share. It is harder to gain customers than to lose them in this business (once loyalty schemes and a decent product come into play).”

“They also understand the importance of aviation to their economy (as a hub with some pretty new and expensive infrastructure sitting there and lots of competition from the UAE and other places).”