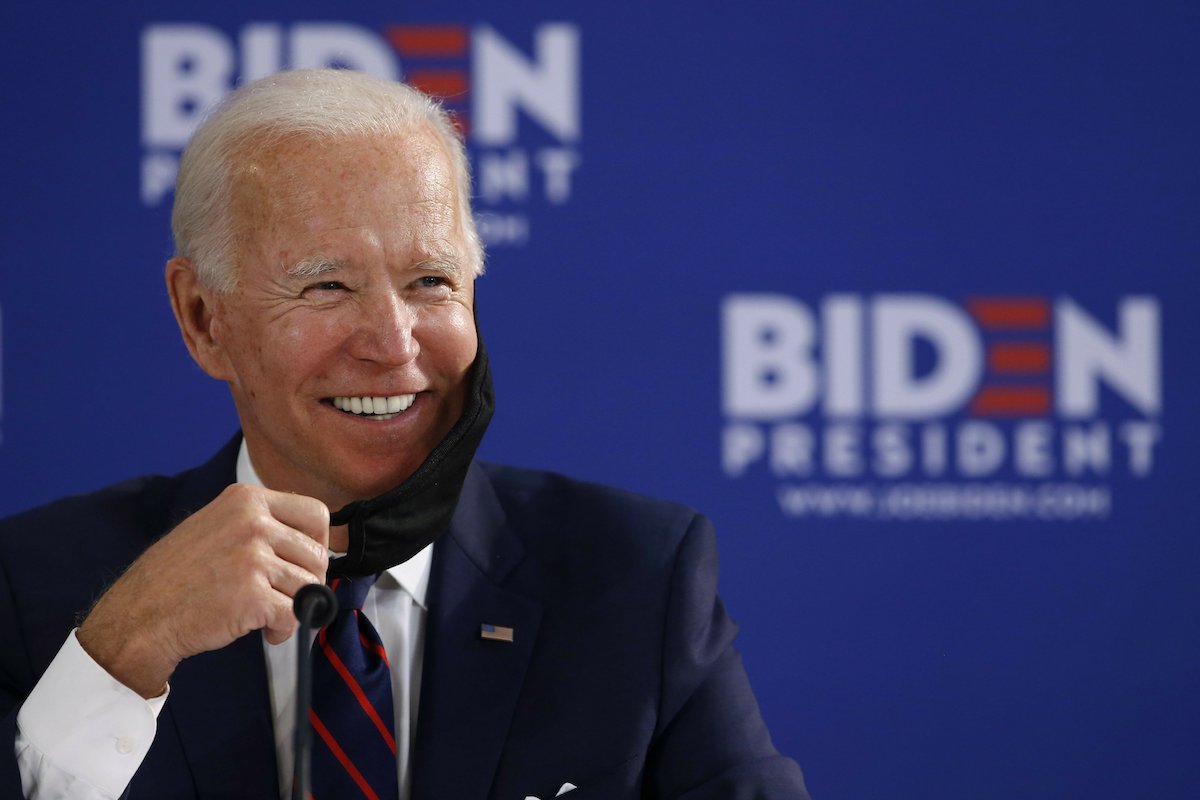 With the absolute insanity that’s coming out of America at the moment – insurrectionists swarming the Capitol and Trump being banned from Twitter – it’s easy to forget that we’re about to see a new President of the United States take office.

Unlike Donald Trump, who dominates the 24/7 news cycle and is rarely not in front of a camera, Joe Biden is much more lowkey (although that’s like saying a fire alarm is less distracting than a bomb going off). So in the midst of this chaos, where all eyes are on Washington D.C., it’s not surprising that this subtle news piece about Joe Biden went under the radar.

Now, we can hear you saying ‘who cares?’, but Biden’s latest choice of wrist candy could be a subtle hint of where Biden’s head’s at. Watches can tell you a lot about a man, and this one is no exception: a Rolex Datejust 36 in stainless steel on a ‘Jubilee’ bracelet, masterfully spotted by watch expert Nick Gould (@niccoloy). It’s a highly appropriate watch for a man about to become president, but Biden’s deviated from the norm with his new Rolex – in more ways that one.

Firstly, it’s surprising to see him with a Rolex on. Biden is a noted OMEGA fan, owning multiple Seamaster Professional Diver 300M pieces, such as this one he wore to his first round of public COVID-19 vaccinations. Rolex and OMEGA share one of the great brand rivalries in the watch world: the horological equivalent of FC Barcelona vs Real Madrid, Ford vs Holden or Adidas vs Nike. To see Biden with a Rolex on is a bit unusual, then.

Secondly, it’s a surprise that it’s not a ‘President’. The watch most commonly associated with American presidents is the Rolex Day-Date in 18ct yellow gold, examples of which were gifted by Rolex to every POTUS starting with LBJ, ending the practice when Clinton got into office. (These days, presidents and other politicians tend to be more low-key with their watch choices.) The gold Day-Date is usually called the ‘President’, thanks not only to its connection with the office but also due to its signature bracelet, the three-piece ‘President’ bracelet.

Naturally, the watch has become a favourite of the rich and powerful – a Richard Mille might be more expensive but nothing quite says ‘you’re the boss’ than a Rolex President. Famous owners of the iconic watch include Warren Buffett, Brad Pitt, and yes, Donald Trump has one too.

Biden’s Datejust is like an ‘almost-President’ (fitting, because he’s almost president… Well, at least until next week). It’s a Datejust, not a Day-Date. It’s steel, not gold. It’s got a five-piece Jubilee bracelet, not a President bracelet. It’s got all of the charm and class of Rolex’s famous dress watch without any of the bling or negative cultural cache. Perhaps it’s emblematic of what Biden will bring to the office: respect for tradition, yet a rejection of flashiness, with a willingness to forge his own path. Perhaps…

The Biden watch news doesn’t end there, either. The 78-year-old fronted cameras for his 2nd round of the COVID-19 vaccine yesterday, and wore yet another watch from yet another brand: a Seiko Alarm Chronograph, pointed out by watch spotter @on_the_dash.

Again, it’s a very ‘Joe Biden’ watch: classy, not ostentatious, from a well-respected brand. Looks like America will have a watch nerd as their next Commander-in-Chief…

Speaking of watch nerds, the next big question on all our minds is what will be seen next on Joe Biden’s wrist. A Zenith El Primero? Maybe a Tudor Black Bay 58? Something from NOMOS Glashütte, perhaps? We guess we’ll all just have to keep our eyes peeled.

Joe Biden will be inaugurated as the 46th President of the United States on Wednesday, January 20th.