Cashed up and crashing the market. 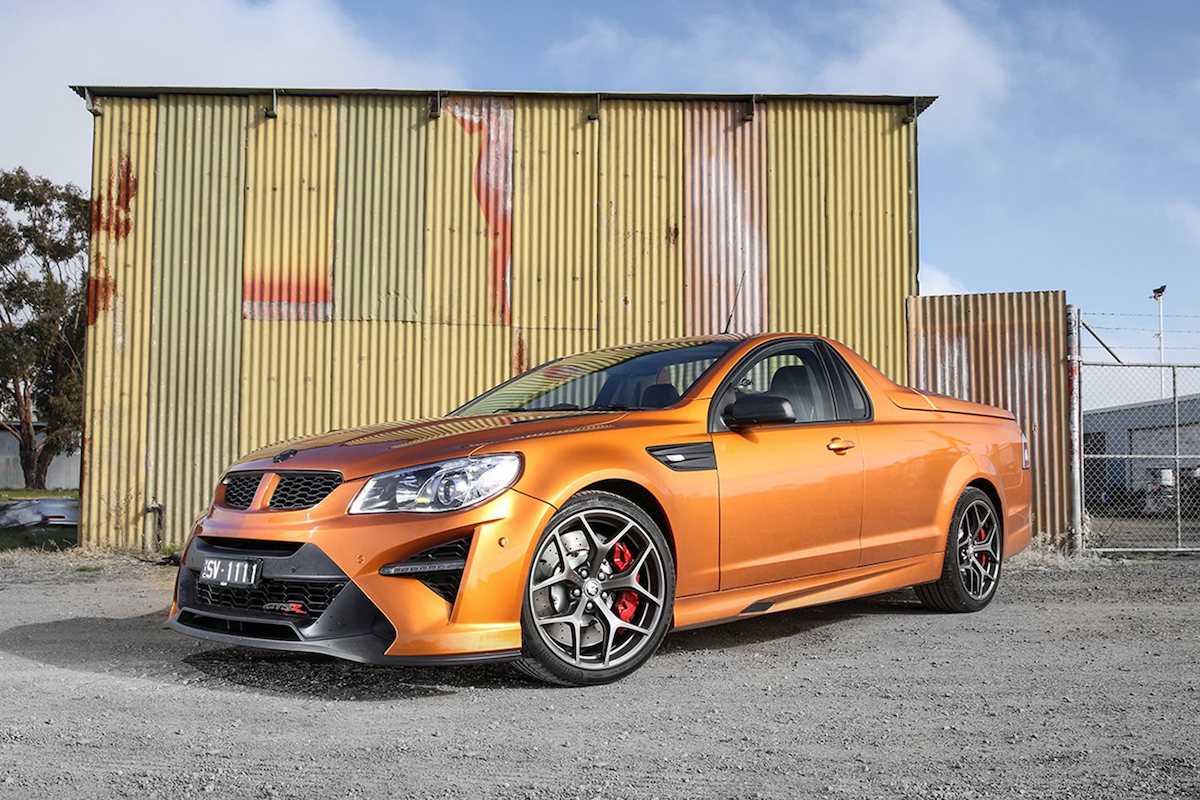 A 2017 HSV GTSR W1 Maloo like the one that's going under the hammer with Lloyds. Image: WhichCar

They say “beauty is in the eye of the beholder” – particularly when it comes to the Australian used car market.

In the same way that vintage comics regularly fetch higher prices than medieval textbooks and sun-damaged vintage Rolexes can be worth more than immaculate ones, grotty ‘bogan’ cars are becoming the hottest commodities for Australian car collectors. Forget European luxury or JDM tech wizardry – after years of being ignored, the next big thing in car investment is your suburban Aussie station wagons, fast sedan-based utes and bogan block beaters. A bogan car renaissance, if you will.

This trend has only accelerated with the end of local vehicle manufacturing, and indeed the two iconic Australian marques – Ford and Holden – added their own fuel to that fire by releasing a slew of suped-up, ‘final edition’ vehicles that were some of the most refined, good-looking and powerful vehicles this country has ever produced.

And if you think the average price of an 80s bogan beater has seen insane speculation, wait until you see the prices that these ‘final edition’ local legends are commanding.

The Internet has been set aflame in recent weeks by a particular bogan beauty due to go under the hammer with Lloyds Auctions – a 2017 HSV GTSR W1 Maloo ute. With only 618km on the clock and in mint condition, a high price was always to be expected. But with 18 days still left on the auction, the current bid is sitting at $735,000, with that number expected to only go up, considering that on Friday it was sitting at $557,000 – a $178,000 increase over a single weekend.

Just let that sink in. A ridgy-didge Aussie ute, going for more than a new, top-of-the-line Rolls-Royce Ghost. A ute that, in just over a week’s time, is likely to sell for over $1 million. 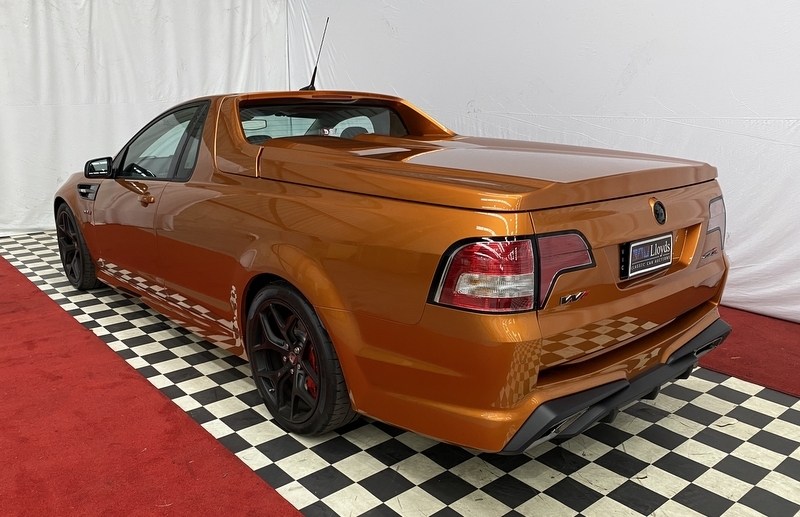 You’d be crazy to take this down to the work site. Image: Lloyds Auctions

It’s a lot of money, considering that at the end of the day, it’s still just a ute. But it’s not just any ute. It’s the ultimate ute, and arguably the ultimate Australian car. Let us explain.

HSV, or Holden Special Vehicles, was the brand’s in-house performance division from 1987 to the end of local production in 2017. While they occasionally turned their attention to imported models – such as the Belgium-made fifth-gen Holden Astra or the second-gen Holden Jackaroo (really a Japanese Isuzu Trooper), HSV were best known for taking Commodores or Utes and turning them into fire-breathing monsters.

HSV celebrated the end of the VF Commodore with the bonkers GTSR W1 model, which made 474kW thanks to its 6.2L LS9 supercharged V8, the same engine that went into the C6 Corvette ZR1. The GTSR W1 is the fastest and most powerful car Australia has ever produced (or will produce, seeing as local manufacturing is dead).

300 GTSR W1s were made, making them rare and desirable things, but HSV secretly made a handful of GTSR Maloo W1s as well, WhichCar relates – of which this ute under auction is an example:

“[HSV] wasn’t actively hiding the cars but simply chose not to publicise their existence… it’s understood the owners were required to sign contracts promising their silence before, during and after the build process.”

Essentially, this Maloo is the rarest version of the best and last car Australia ever made, with a smoke-and-daggers backstory and a functional ute tray to boot. Now that crazy bid makes a little more sense. 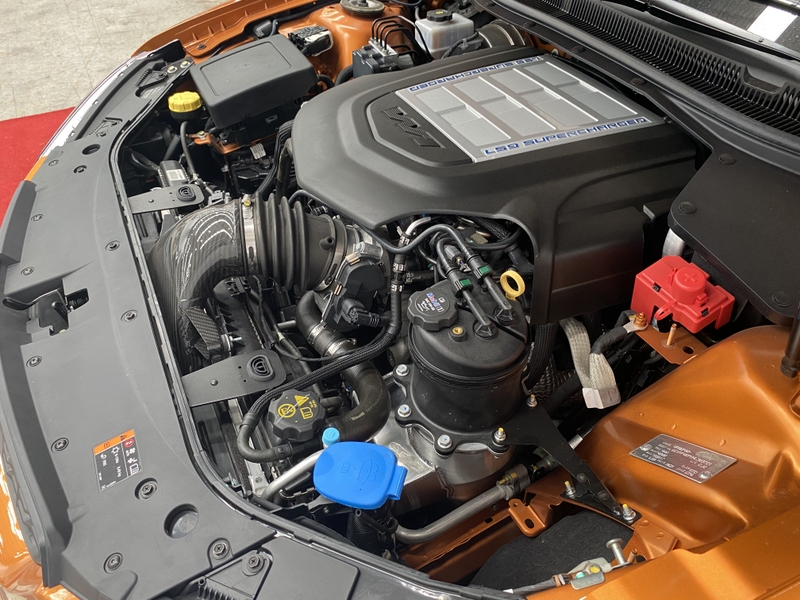 While this car will always be special as the last in a long line of suped-up factory hot-rod utes, it will be interesting to see if in a few decades’ time it will hold its value, or if ‘bogan mania’ will subside. Or maybe collectors will decide that another car is the ultimate bogan investment.

The Holden brand is being retired completely in 2021, with HSV transforming into General Motors Special Vehicles. GMSV will focus on importing and converting US-built cars like the Camaro, Corvette and Silverado truck, although it remains to be seen if they’ll do their own performance modifications, too.

Holden’s great rival Ford isn’t going anywhere, but the grass isn’t exactly greener on the other side. The Blue Oval is discontinuing the sale of passenger cars in North America and culling most of their model range Down Under too, with only the Focus and Mustang standing out in a sea of SUVs (the Fiesta is still available, but only in ST guise).

Thankfully for Ford, the Ranger ute is selling well – but it’s no Falcon XR6 Ute. And it’s certainly no GTSR W1 Maloo, like the one Lloyds is hawking. Check out the auction online before it closes on the 30th of January.