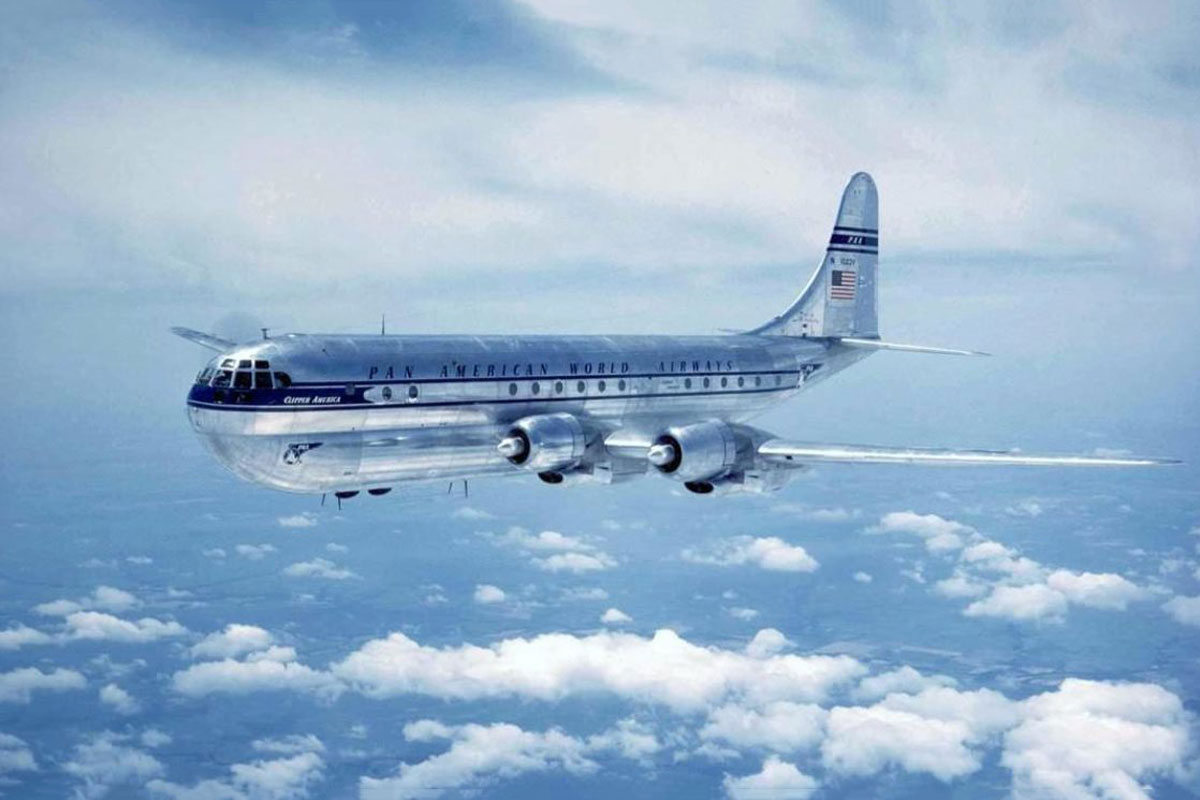 Sick of the buttock squeezing and knee-crunching of modern aviation? Cast your mind back to a simpler time. An epoch where Covid 19 was yet to exist, Julio Iglesias was yet to bring fried chicken to First Class, and when caviar hadn’t yet been traded for pretzels.

Cold war aside, life was good.

There also existed a plane called the Pan Am Boeing 377, which, according to the Pan Am Museum, “set a new standard for luxurious air travel with its tastefully decorated extra-wide passenger cabin and gold-appointed dressing rooms.”

“A circular staircase led to a lower-deck beverage lounge, and flight attendants prepared hot meals for 50 to 100 people in a state-of-the-art galley,” Pan Am Museum gushes. “As a sleeper, the Stratocruiser was equipped with 28 upper-and-lower bunk units.”

“Pan Am placed the first order for 20 Stratocruisers, worth $24 million, Pan Am was confident in ordering the expensive plane with Boeing due to their success with the B-314. The Stratocruiser began service between San Francisco, Calif., and Honolulu, Hawaii, in 1949 and flew until it was decommissioned in 1961. Boeing built 56 Stratocruisers between 1947 and 1950, and they marked the company’s first significant success selling passenger planes to airlines in other countries.”

Former Pan Am flight attendant Bronwen Roberts used to fly on the Boeing 377 Stratocruiser in the late 1950s, and spoke to CNN Travel for a recent article about this legendary 1950s plane – arguably the best vessel we’ve ever invented to cross the Atlantic, and, sadly, one that no longer exists.

According to Roberts, the attraction started before you even climbed into your spacious bed. The food was immense. CNN Travel reports, “French restaurant Maxim’s de Paris catered in-flight dining and offered a variety of upscale items including their famous beef entrée” and it was usually sliced in front of you.

There was also succulent lamb chops, pungent cheeses, and caviar, among other delicacies.

On top of that (or rather, below), there was a lower deck lounge passengers could saunter down to via a spiral staircase, enjoying cocktails served by flight attendants and socialising with other flyers.

It wasn’t all upsides, of course. As a retired Qantas flight attendant told 9News.com.au last year, in this era, to get across the globe involved a lot more stops. But still: the allure of a proper bed, in the eyes of many, makes up for it. 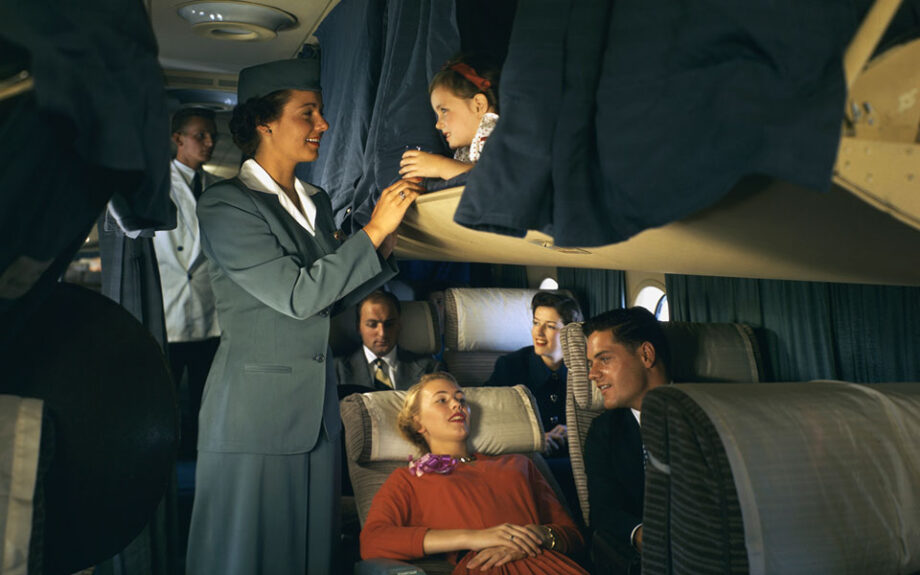 After the evening meal and mingling, guests could snooze the night away until they arrived on the other side of the Atlantic. Which brings us to this plane’s most envy-inducing feature: beds.

As CNN Travel reports, “One of the special features of planes during this time was overhead beds. Instead of cramming luggage in the overhead compartments, passengers could pull down a bed and drift off to sleep above the plane seats.”

Why was this possible? “When the Stratocruiser was first launched in 1947, economy class had not yet been invented,” CNN Travel describes. “As the idea of the economy class grew in popularity, comfort and luxury were pushed aside in favor of more seats and luggage storage.”

The upshot? Pan Am gave the Stratocruiser the flick in 1961, to make way for newer jets like the Boeing 707 and 737. The rest is history – and now, with the increased hygiene requirements suddenly being thrust upon aviation – it looks even more unlikely such a jet will return than ever before.