Possibly the weirdest Porsche ever, too. 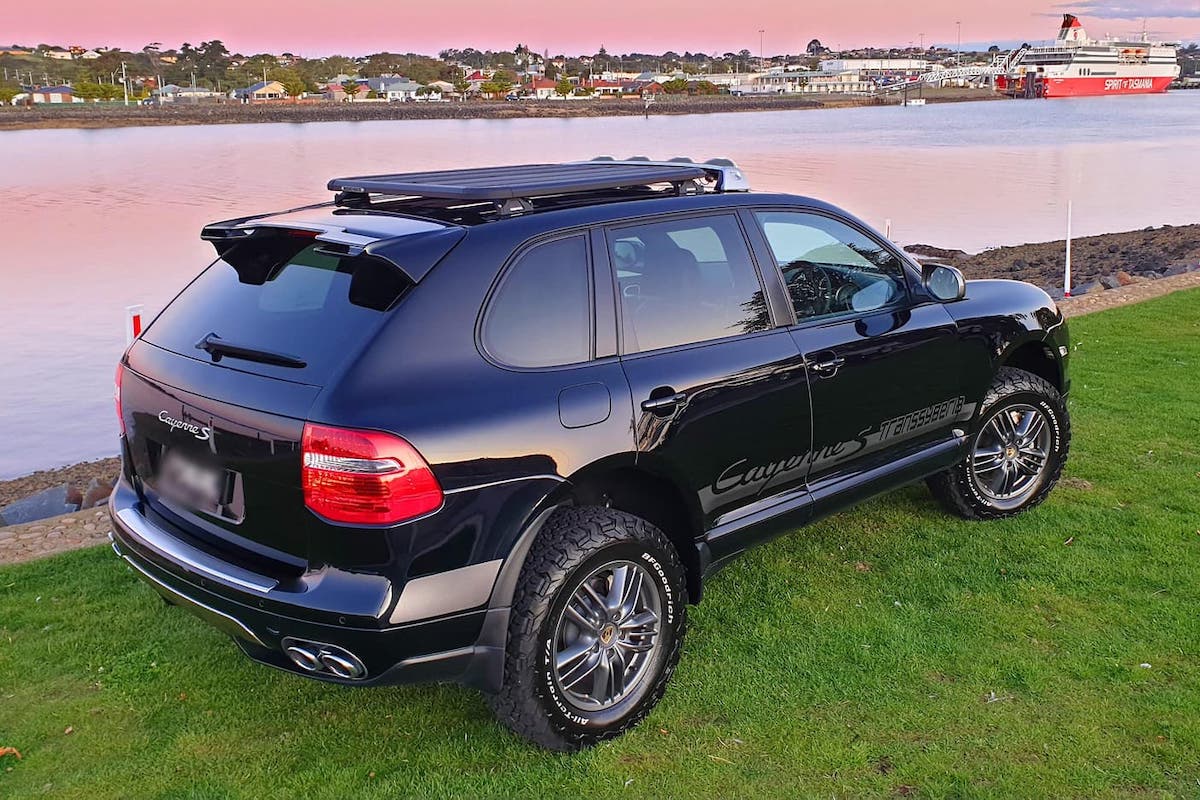 Porsche have made some odd cars over the years.

But the weirdest Porsche ever made wasn’t some track monster or the fruit of an ill-considered brand partnership. No, it’s an incongruous yet incredibly capable off-roading variant of one of their most nondescript vehicles that makes other car brands’ trail-focused badges, like ‘Trail-Rated’ Jeeps or Audi’s Allroad Quattro look positively wimpy.

The Porsche Cayenne S Transsyberia was a variant of Porsche’s first-generation SUV designed explicitly to compete in the gruelling Transsyberia rally in Russia. Originally, only 26 were built, but after Porsche’s success in the demanding off-road marathon, 600 street-legal versions were later made available to the general public in 2009.

Since then, the Transsyberia has become one of the most collectable Porsches in recent memory and therefore one of the hardest Porsches to get your hands on – which makes it particularly surprising that there’s one up for sale in Australia, and in isolated Devonport, Tasmania of all places.

Another shock might be the asking price of $185,000, but according to the seller, it’s more than justified.

“You will not find another car like this for sale anywhere in the world – because this is the only one. This exact vehicle WP1ZZZ9PZALA30156 was described on DriveTribe a year ago as possibly the world’s most collectable car.”

“Only 626 Transsyberias were produced world-wide, only two came to Australia, and the other one was not delivered with the identifying side decals. [Therefore] WP1ZZZ9PZALA30156 is unique in Australia, and the world. This classic Porsche is in showroom condition, factory standard, with low km, originally owned by Porsche Australia, garaged and serviced by respectful Porsche enthusiasts its entire life.”

It’s in that ‘so wrong it’s right’ territory. Image: Carsales

That the car is right-hand drive is rare, but the fact that it’s Australian-delivered and not an import or conversion just adds to the rarity of the car. On top of that, it’s only got 76,000kms on the clock, and the seller says it’s never had a tow bar fitted. Its spare tyre or tool kit have never been used either.

“The value of every authentic Transsyberia is going up not down, with the price for a high km nondescript example in the US bottoming out at a respectable US$30,000 or so,” the seller relates.

“The original 26 Transsyberias which were rally-raced are already fetching up to $300,000 (double their new price) only 10 years after release. WP1ZZZ9PZALA30156 might be better than the original 26, because it is road-registerable, more useable, more elegant, a more complete car, and it hasn’t been flogged under race conditions.”

“It drives exactly the same as when it was new. The paintwork is mirror perfect as new. Technology is still current, so WP1ZZZ9PZALA30156 would suit a new Porsche buyer, and the price is less than a new high-end Cayenne. The difference is the value of this rare collector’s item will go up… Imagine buying a new Cayenne that will likely double in value over the next five years – not half in value over the same period!”

“If you want to own an as-new vehicle that is something really special, then now’s your chance. Written proof of provenance from Porsche Australia, and a full range of official Transsyberia memorabilia will be included in the sale.” 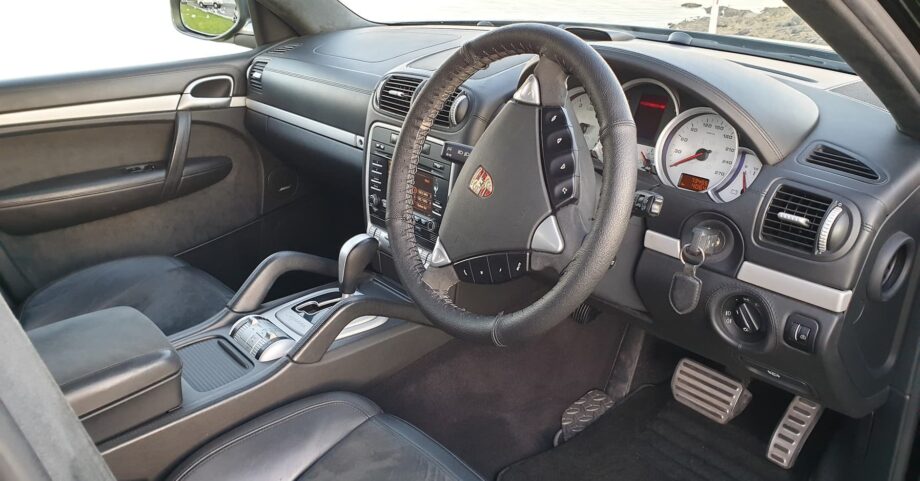 Despite the rough-and-tumble external modifications, it’s just as luxurious as a normal Cayenne on the inside. Image: Carsales

Here at DMARGE we recently took a deep dive into the history of the Cayenne, and explored how off-road performance was one of Porsche’s greatest priorities when developing their very first production SUV. Porsche didn’t want to just make another soft-roader, so they blessed the Cayenne with a V8 and all-wheel drive in order to give it maximum grunt.

The Transsyberia, however, is another beast entirely. It takes the 302kW 4.8L V8 from the Cayenne GTS but uses a modified Cayenne S body (for better approach angles. The engine is mated to a six-speed automatic transmission with a shortened final drive ratio for increased performance. It has a roof-mounted light bar, extra air intakes, skid plates and a rear spoiler, plus big 18-inch wheels wrapped in knobbly off-road tyres.

This one also has PDCC (Porsche Dynamic Chassis Control) fitted as an original factory option, which the seller relates “is very important for Porsche rally history, and extremely rare in a Transsyberia world-wide.” 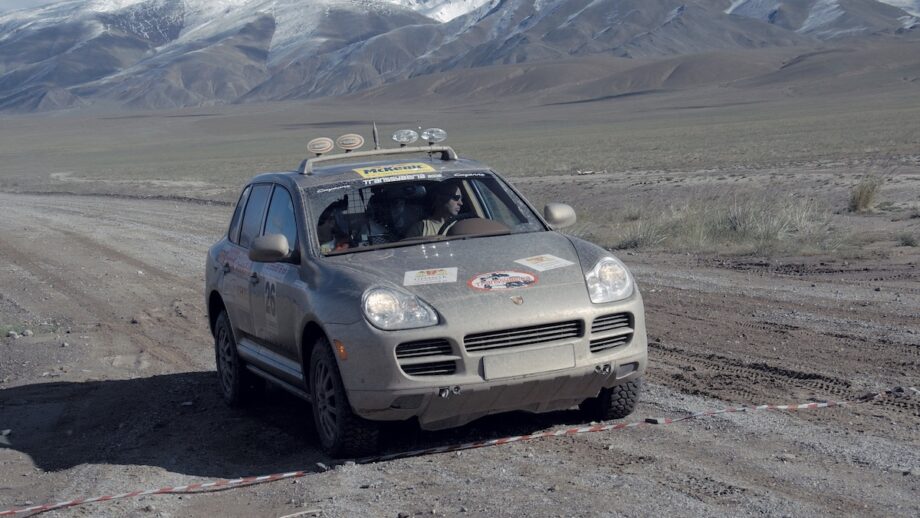 An archival shot of a Cayenne competing in the 2006 Transsyberia Rally. Image: Porsche

The fact remains that there are few vehicles, new or on the aftermarket, that have the same combination of luxury, style, and out-of-the-box off-road capability that this 2009 Cayenne has. Maybe a Mercedes-Benz G-Class? But after you fit a light bar on one of those, it would set you back over $100,000 more than what this Transsyberia would cost you.

The incredible rarity of this car is another attractive prospect. There certainly won’t be anyone else at the campsite with a Cayenne like yours – alternatively, treat it like an investment and you could make a tidy little profit in a few year’s time. As the seller has exhaustively confirmed, they’re only getting more valuable…

Check it out on Carsales if this sort of kookiness has got you hot under the collar.