People used to pay to squeeze this guy’s muscles… and he didn’t even take supplements to get them. 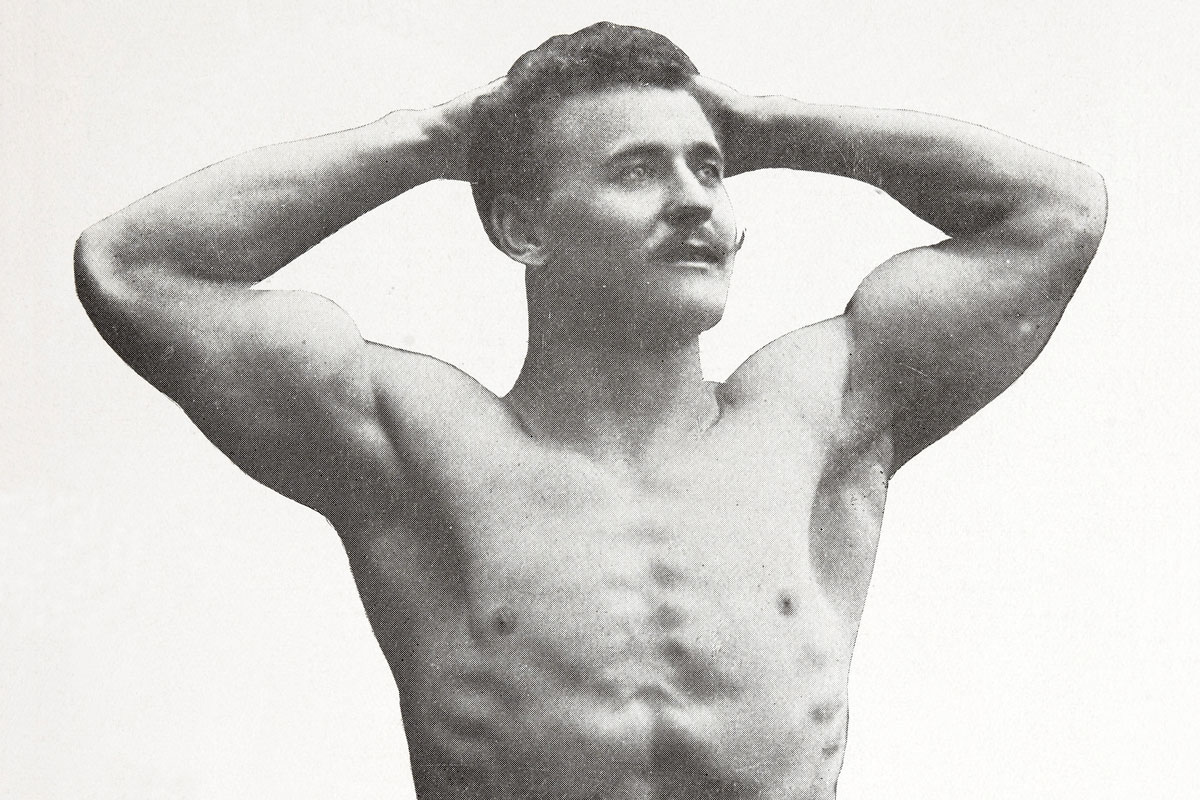 Want proof the “essential” supplement stack your local gym bros keep spruiking isn’t as crucial as they claim? Look no further than the following photo.

Posted recently to Instagram by fitness coach James Kew, whose Instagram bio reads, “I help busy professionals get a lean athletic body without eliminating their favourite foods,” the image – he claims – offers proof your favourite post-workout shake isn’t as crucial as its vendors would have you believe.

⁣”This is not to say all supplements are useless,” Kew writes, “but the few which do work are often overhyped, and as these pictures show, they are definitely not required for getting in amazing condition!⁣”

The image features Polish wrestling champion Otto Arco, Prussian bodybuilder Eugen Sandow (who has been referred to as the ‘father of modern bodybuilding‘), and German gymnast Max Sick, from the years 1900, 1890 and 1910 respectively. The kicker? Each photo was taken before synthetic testosterone had ever been synthesized (and before the various supplement stacks you see today slurped down in gyms all over were even a glint in marketing gurus’ eyes).

“It’s… worth noting that synthetic testosterone (what most people would call steroids) was first synthesized in 1935, years after these photos were taken so we can say unequivocally that these guys were natural lifters,” Kew writes in the caption of the post.

“Anabolics did exist tho,” one commenter pointed out, to which Kew responded, “it was first synthesised in 1935 and not widely used until the late 1950s.”

Another user said, in their opinion, supplements are more important now thanks to the GMO food revolution: “Before GMO foods… In our era foods are poor in micros… So I tend to be believe that micros supplements are of vital importance in our days.”

Another simply wrote: “Um supplements aren’t bad. Some actually get you where u want to be a little faster.”