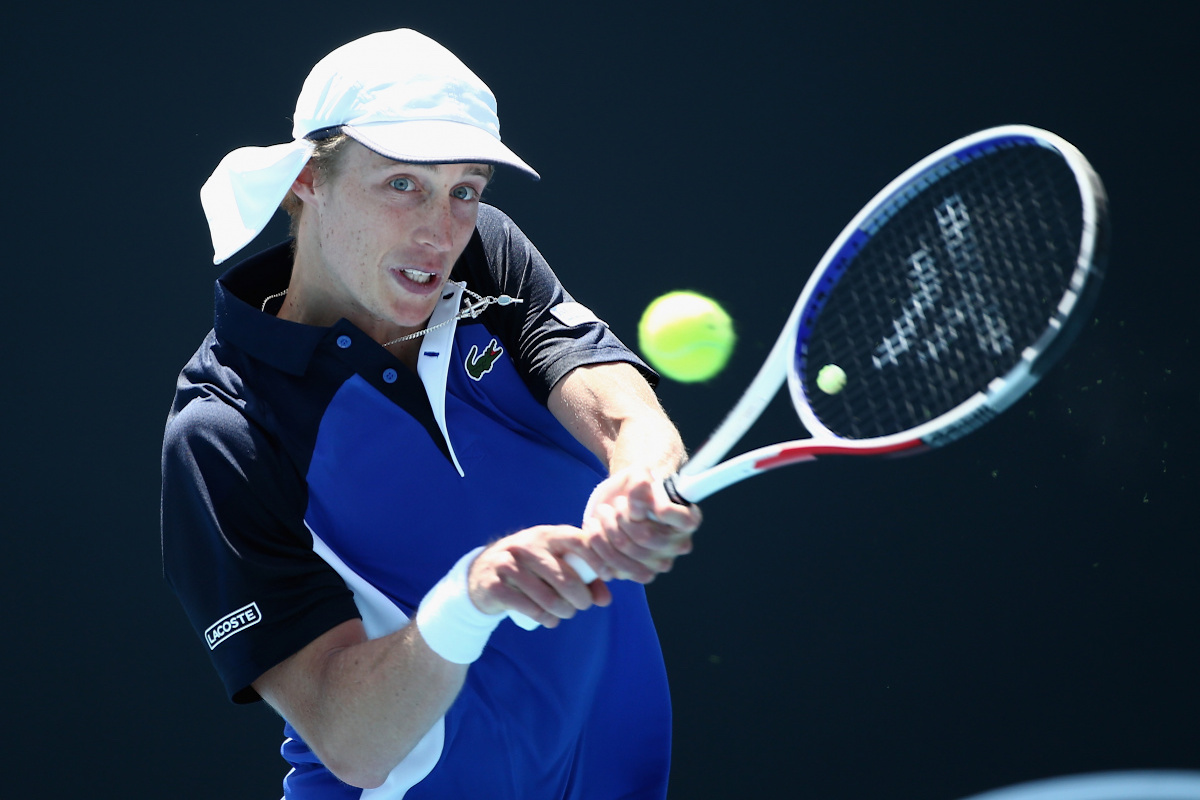 Over the years, tennis has had its fair share of style icons.

Take Andre Agassi, with his flowing mullet, jeans shorts, and speed dealer sunglasses. What about Leyton Hewitt, with his trademark backwards cap and wristbands, or Rafael Nadal, with his proclivity for neon outfits and ultra-expensive watches.

Now a new challenger has emerged: Australia’s very own Marc Polmans, who is leading a one-man revival of the most controversial accessory to have ever graced the tennis court or school playground. The item in question? The humble legionnaires’ hat.

The legionnaire’s hat originated with the elite French Foreign Legion, whose soldiers would modify their képi (a boxy flat cap traditionally worn by many militaries) with a long neck flap to protect themselves against sunburn. These days, the legionnaires’ hat is most commonly seen worn by school children, whose parents force the highly practical but rather unfashionable headwear on their kids in an effort to keep them sun safe. Désolé chéri.

Its rather dorky reputation famously inspired former Triple J presenters Matt Okine and Alex Dyson to release a comedic art house film parody celebrating the much-maligned hat back in 2016, a video which still lives rent-free in many an Aussie’s mind.

The unfortunate primary school connotation of the cap doesn’t bother Polmans, however. The 22-year-old South African-born athlete proudly rocks the hat, which has quickly become his signature look.

Indeed, Polmans has joked that he doesn’t think the big stars like Federer or Nadal would be bold enough to wear the unfairly-maligned hat, The New Daily reports.

“I don’t think those guys are going to be able to do it… They’ve got pretty big images, so I don’t think I can see them wearing the legionnaires’ hat any time soon.’’

RELATED: Roger Federer Impresses Fans Without Even Picking Up A Racket

We’re in two minds about it. On the one hand, we reckon it makes Polmans look a little goofy – his quirky play style, expressive face and lanky build not helping him in that department either.

On the other hand, we admire his individuality, as well as his practicality. Hewitt’s backwards cap might be iconic but surely it can only detriment his performance. Unlike a legionnaires’ hat.

They really didn’t need to do my man dirty like that.

Polmans is one of only a few Australian players still left in the Australian Open, with big names like Ash Barty and Nick Kyrgios out for the count.

Polmans’ still in contention alongside fellow Aussie Storm Sanders in the mixed doubles, the pair beating out another Aussie duo to progress to the semifinals. Polmans and Sanders will play Czechia’s Barbora Krejcikova and the US’ Rajeev Ram later today.