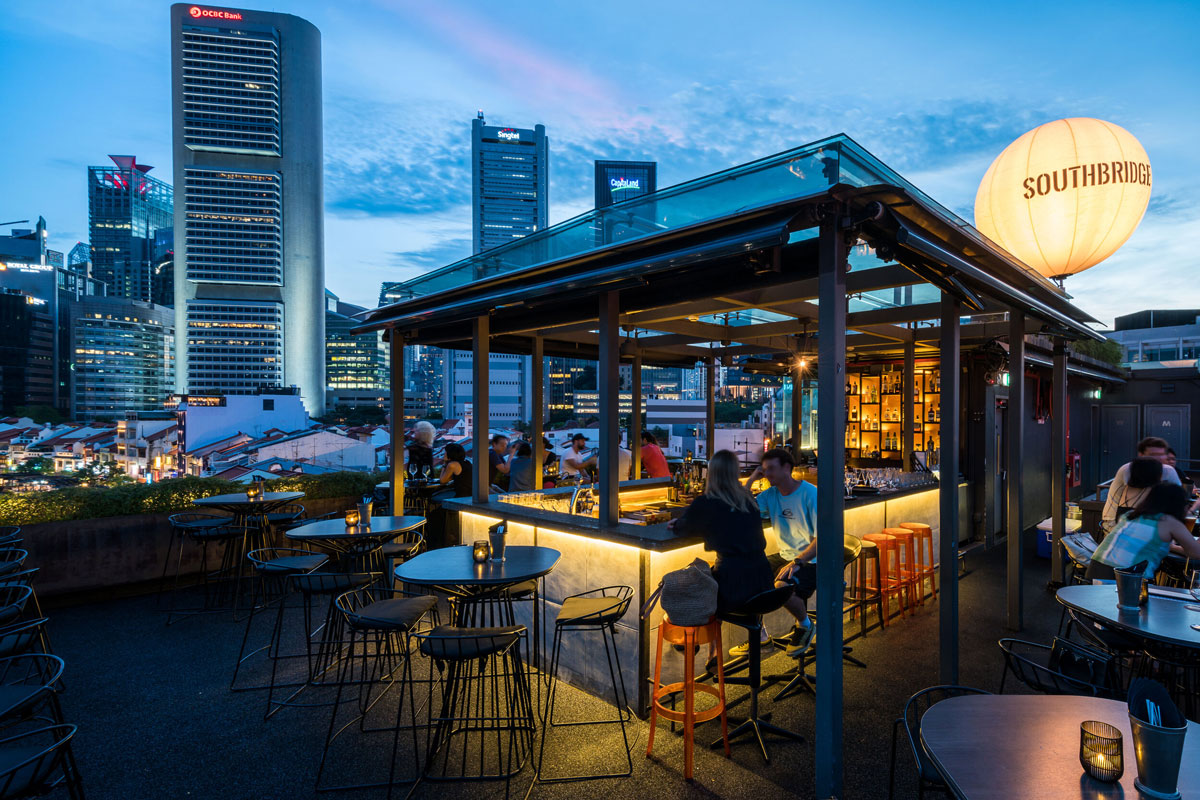 We all want to forget 2020. Financial hardships, a ban on international travel and being made to feel inadequate compared to one particularly confident New York Casanova, we can all recall several negatives from the turn of the new decade.

But for some, 2020 provided the perfect opportunity to actually experience their hometown, country or wherever they happened to find themselves before international borders came thundering down. For years we’ve neglected our own backyards in favour of exploring new cultures further afield, yet the pandemic has proven that should no longer be the case.

RELATED: Why 2020 Could Be The Travel Industry’s ‘Phoenix Moment’

Somewhere that is especially true is the innercity food scene. The culinary metropolises are home to hundreds and thousands of restaurants, many of which become long-time favourites of regular diners. Yet, with so much competition, some can go unnoticed.

One man who decided to truly explore the food scene during lockdown was Jon Lu. According to CNN Travel, Jon Lu, a 25-year-old American software engineer, found himself in Singapore when international travel came to a standstill. Arriving the previous August in 2019, Lu says he “didn’t start truly living in Singapore until March 2020” – the same time the COVID-19 virus was declared a pandemic.

CNN Travel reports Lu has since “visited a total of 255 food and beverage establishments including cafes and hawker stalls, covering 30 Michelin-rated restaurants with 37 Michelin stars collectively.”

When Singapore went into a partial lockdown, forcing businesses to close and for in-house dining to become obsolete, Jon Lu jumped at the chance to experience some of the city’s most decadent offerings, choosing to order takeaway from highly-rated restaurants that would normally command a months-long waiting list.

However, keen to remain grounded, Lu has also visited plenty of venues without Michelin stars and found them to be seriously impressive. In fact, his most-visited venue in Singapore, a two-year-old avant-garde restaurant called Preludio, has precisely zero stars.

In case you were wondering, Jon Lu has visited Preludio nine times.

Such culinary fun doesn’t come without responsibility, however. In early May, Lu, told CNN Travel, he started having issues with his vision.

“Doctors diagnosed him with retinal vein occlusion, caused by extremely elevated LDL cholesterol levels – presumably a result of the foodie’s dining habits over the preceding seven-month period of intensive traveling and eating before the lockdown.”

Fortunately Lu, with the help of local specialists, got himself healthy again. He treated the vision symptoms and started running every day as well as going on a low cholesterol diet for two months.

Lu’s health issues were eventually resolved… “just a few weeks after dining in was allowed [again] under the city’s second reopening phase” (CNN Travel). Naturally, “he started populating his calendar with reservations again.”

Keen to find out how the food scenes of other global cities have been affected by the pandemic, DMARGE reached out to some influential critics to get the inside scoop.

Haley Paez, owner of Mile High & Hungry, an account dedicated to discovering the best eats on offer in Denver, Colorado, says her city has been significantly affected by the pandemic, with over 100 restaurants and food outlets being forced to permanently close.

“One of our favourites that closed was a Mediterranean spot, Gozo. It had a lovely aesthetic with huge windows and a fresh farm to table offering,” she told DMARGE.

“I would say we are devastated to see such places leave, but others have stepped up and continued to diversify our scene with pop ups. People still want to cook and create community through food.”

“Pandemic Doughnuts is now a beloved doughnut shop of Denver that came from two line cooks that lost their job.”

While Haley and her team focus their efforts on discovering new places to eat in just Denver, she adds that with restaurants having to close, “it has allowed us to diversify the business we showcase.”

“We have worked with creating recipes using local ingredients like bread, spreads, cookies and other individually sold products or home products.”

Just as Jon Lu used his time in Singapore to seek out new establishments, DMARGE asked Mile High & Hungry what their favourite new places were. Overseas (or at least, overseas from Canada) cuisines are certainly in.

“Some of the best came from us trying to find Birria tacos in Denver, we have seen hype about these tacos all over the Internet so it was our quest to find them here,” Haley begins.

“Kike’s Red Tacos is a food truck that stays at a non-active gas station in the northern neighbourhood of the city, LoHi. They are fishing out tacos, burritos, nachos and even ramen with their Birria.”

“Another spot is a pop up within an established spot, BurroRito is the day spot to Taco Tequila Whiskey. Their mushroom burrito has a layer of toasted cheese that makes this vegetarian taco a hefty, delicious burrito for any meat-eater.” Salivating yet? Just us?

Other favourites include a mother and daughter-run catering company slinging Syrian and Iraqi-inspired dishes, and a breakfast diner run by a husband and wife team that sells “flapjacks that taste like a pancake and gooey cinnamon roll all in one.”

What Haley and her team have found really beneficial from their time focusing on their own backyard is being able to speak to the chefs behind the dishes.

“We actually love speaking with the masterminds behind each dish, probably the most out of all that goes into being a food influencer,” Haley relates.

“We have heard from chefs trying to push Denver into the upper echelon of the food capitals in the US. Denver and Boulder have a couple of tasting menu and exclusive dining experiences, with chefs bringing Michelin star dining experiences to the mountains.”

“Konro doesn’t tell guests where the restaurant is until 24 hours or less before dining. It’s located in an apartment. Guest is another tasting menu experience in an unexpecting house.”

“It’s these hidden kitchens that are very exciting. They want to show people that food is vastly different than just what we know it to look like. But they want to keep those familiar and comforting flavours while showcasing them in novel ways.”

Speaking of the future for Denver’s food scene, Haley finishes by saying, “Overall, my team and I are super excited about the future of Denver and proud of the resilience that we have seen from the food industry in the city.”

“Even during this difficult time, restaurants are still supporting front line workers with fresh meals and being allies for those that have lost their job in the industry.”

We’ll eat to that.