People don’t think of Formula One drivers as being athletes in the same sense that basketball players or sprinters are, but the reality is that F1 drivers are some of the fittest men on the planet.

Not only do you need insane reaction timing and dexterity, but the intense g-forces F1 drivers pull take a huge toll on one’s body, with modern drivers copping up to 8g when cornering, TheDrive reports – similar to what a fighter pilot endures.

That’s why, if you take a close look at drivers like McLaren’s Daniel Ricciardo or Mercedes’ Lewis Hamilton, you’ll notice they’ve got pretty ripped necks. You need to have a strong neck when you’re pulling those g’s. But how do you exercise your neck? The answer’s not that pretty, as Max Verstappen has revealed.

Both the official F1 Instagram and Verstappen on his personal account shared images of him working out using a rather scary-looking contraption that simulates the g-forces he’s likely to pull on the track. With his head in a sling and a pained expression on his face, the world #3 looked like he was being tortured by the machine – prompting puzzled and bemused reactions from fans.

Choice comments include “Max on training to defeat Goku,” “a very strong Drago Rocky IV vibe” and “thought he was on the toilet.” Charming.

His uncomfortable reaction to the machine had others suggesting it’s the face he’d pull “when someone asks him why he stole Kyvat’s seat and girl,” or “when you see Kvyat with a new girl and know Verstappen is around.” Verstappen is currently dating Kelly Piquet, daughter of three-time F1 World Champion Nelson Piquet and former Red Bull driver Daniil Kyvat’s ex-partner. Verstappen was also the one who replaced Kyvat at Red Bull back in 2016, so Kyvat probably doesn’t have a lot of love for Max.

Even his fellow race car drivers got in on the ribbing. Dutch touring car legend Tom Coronel quipped “don’t go faster than that machine”, and Swedish IndyCar racer Felix Rosenqvist joked that “neck day is never a pretty sight”. 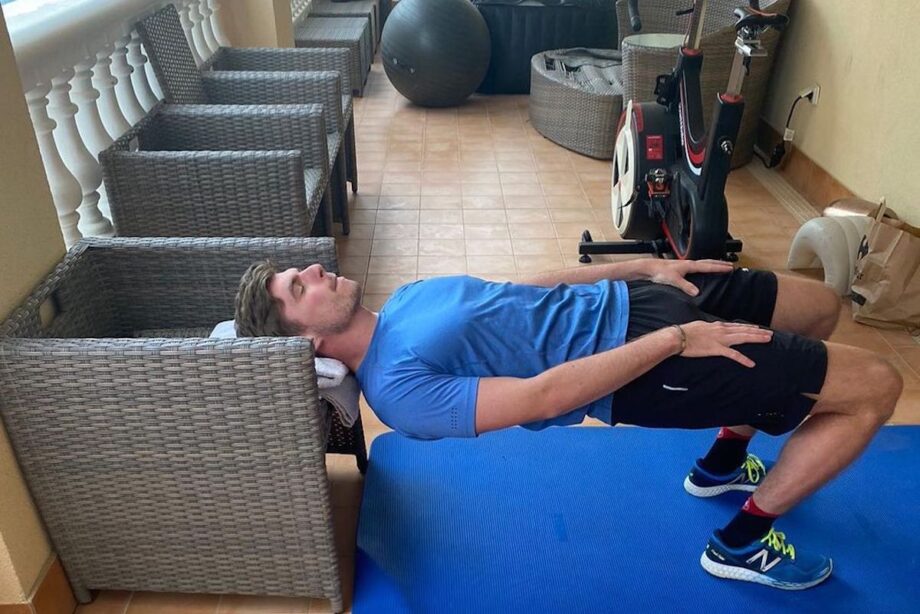 Sure, all this neck torture doesn’t look like it’s a lot of fun, but it’s actually incredibly important that F1 drivers ensure they can survive the pressure driving at such an intensity puts on their bodies. For comparison, the average rollercoaster might expose you to 3g of force, and most untrained humans will pass out between 4 and 6g. Verstappen needs to withstand double that, so such exercises are crucial.

No pain, no gain, as they say.

The 2021 Formula One World Championship will kick off with the Bahrain Grand Prix on the 26th to the 28th of March, with the Australian Grand Prix (which normally opens up the season) being pushed back tentatively to November due to the ongoing COVID-19 crisis. Travel restrictions have also seen the Chinese Grand Prix indefinitely postponed, with Imola returning to the F1 calendar in its slot, formula1.com reports.

UPDATE: it’s not just Verstappen getting in on the torture machine action. Both AlphaTauri’s Pierre Gasly and Alfa Romeo’s Kimi Räikkönen have also been putting themselves through the ringer ahead of the Bahrain Grand Prix, as the video above demonstrates. Someone get these lads some Voltaren…