“It is because you believed in me, in this crazy bet beyond my doubts, my anxieties, my fears but also thanks to our common work throughout these last four years, that today we obtained our first STAR in the MICHELIN GUIDE.” 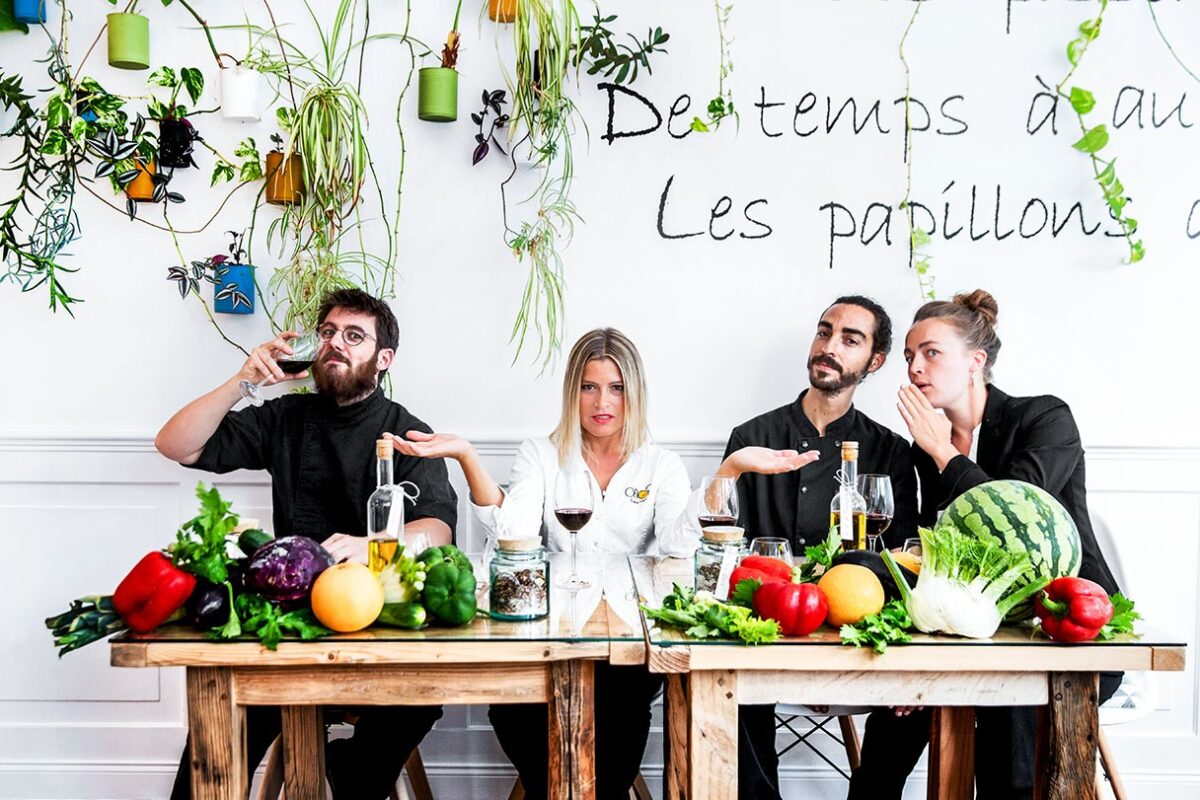 Throw your preconceptions in the wok; veganism and ‘foodie’ culture may not be as at odds as you once thought. By ancient logic, the two should be enemies, but by modern logic, there’s nothing stopping them from buddying up like red wine and spaghetti.

As CNN Travel reports, “The Michelin Guide has awarded one of its coveted stars to a French vegan restaurant for the first time.”

“ONA, which stands for Origine Non Animale or Non-Animal Origin, has been handed the accolade in the newest edition of the long-running culinary guide.”

ONA is located in a small village called Arès, near Bordeaux. It is the first vegan establishment to ever appear in the Michelin Guide to France. The guide has been going since 1900.

54 restaurants have earned a Michelin star for the first time during this year’s update. On that note: Michelin said a “key takeaway from the 2021 selection is the continued spread of diverse styles of cuisine across France.”

“At ONA … vegan cuisine takes center stage for the first time in a restaurant to win a Star in France.”

The award may also signal something of a shift in French attitudes towards food. As Forbes reports, “Most French vegetarians and vegans will tell you that it’s not easy avoiding meat in France, the land of culinary savoir faire, although the situation is changing somewhat. Increasingly, vegetarian options can be found across the country–since 2018, schools have been legally required to offer vegetarian or vegan options one day per week.”

An incredible signal (among many more) that plant-based dining is not a marketing niche or micro-trend, but rather is on a stable, long term upward trajectory. https://t.co/lJfYI6OKEX

ONA was opened by self-taught chef and former archaeologist Claire Vallee, and prides itself on a seven-course evening menu priced at 59 euros (AU $93). Specialties include: yellow zucchini ravioli with black truffle gnocchi and a Swiss chard ballotine with vegetable ricotta.

“It is because you believed in me, in this crazy bet beyond my doubts, my anxieties, my fears but also thanks to our common work throughout these last four years, that today we obtained our first STAR in the MICHELIN GUIDE,” Vallee wrote on the restaurant’s website.

“You carried me, you trusted me, nothing was won, on the contrary, and you knew it! And yet you have never stopped believing in me. I am so proud of us, of our tenacity, our responsiveness, our mutual support. There is so much to say, so many thanks to give, so much emotion, the head is spinning, the fingers are shaking and the heart is beating ready to break! Words are no longer strong enough to express to you all that I am feeling at this moment.”

“But THANKS to you my team, my suppliers, friends, family, clients, advice, loan helpers, crowdfunders and our little ants. THANKS to the very laudatory Press which made us known through articles, radio or visual broadcasts but also to all the actors of the Arcachon Basin who rewarded us during competitions. And a very big THANK YOU to the Michelin Guide and its inspectors who placed their trust in us by highlighting our work, our commitment and our desire to express ourselves through a different cuisine.”

“We will continue on this path because this star is mine, it is yours, it is that of the impossible, it is the one that definitively brings Vegetable Gastronomy into the closed circle of French Gastronomy and Global…There are adventures beyond codes, time and space, nascent alchemy, realizations and extraordinary stories where magic can finally interfere.”

Though vegans have been lambasted by the likes of the late Anthony Bourdain for their ‘Hezbollah’ like rejection of Everything That Tastes Good, and as virtually zero civilisations have ever existed which didn’t exploit animals (leading to the idea; vegan food can never be ‘cultural’), speaking to a number of top chefs and world-renowned foodies last year, DMARGE was told a dish doesn’t have to be old to be cultural.

Ben Groundwater, an Australian travel columnist and host of Traveller’s podcast Flight Of Fancy, told DMARGE, “If a country or a city has begun embracing veganism in a real and organic way, going to that place and eating that food is most definitely a cultural experience. It’s just not traditional.”

Gary Prebble, the owner of Bistro St Jacques told DMARGE the same: though (by definition) ‘new-age’ food can’t be considered traditional, that doesn’t mean it can’t be cultural.

For Mr Prebble, a “groundbreaking dish” has “a special combination of elements including flavour, texture, aroma and taste that leaves a lasting impression.”

Though some chefs have voiced their doubts over the degree to which it is possible to create top-notch food without “blood and spatter”, Matt Preston, award-winning food journalist, restaurant critic and TV personality told DMARGE, in his view, ‘cultural’ dishes can be created with both vegan and non-vegan food (and that there’s more to vegan food than air-fried tofu from Coles).

“I would argue that India, Sri Lanka and Pakistan are awash with dishes that are culturally valued or adored above their role in nutrition. Whether that’s mustard oil in potato mash with green chilli and coriander in Bangladesh or daal in India (and elsewhere).”

“Chase the ingredient and you find dishes that take on huge significance all over the world – like hummus or ful medames in the Middle East.”