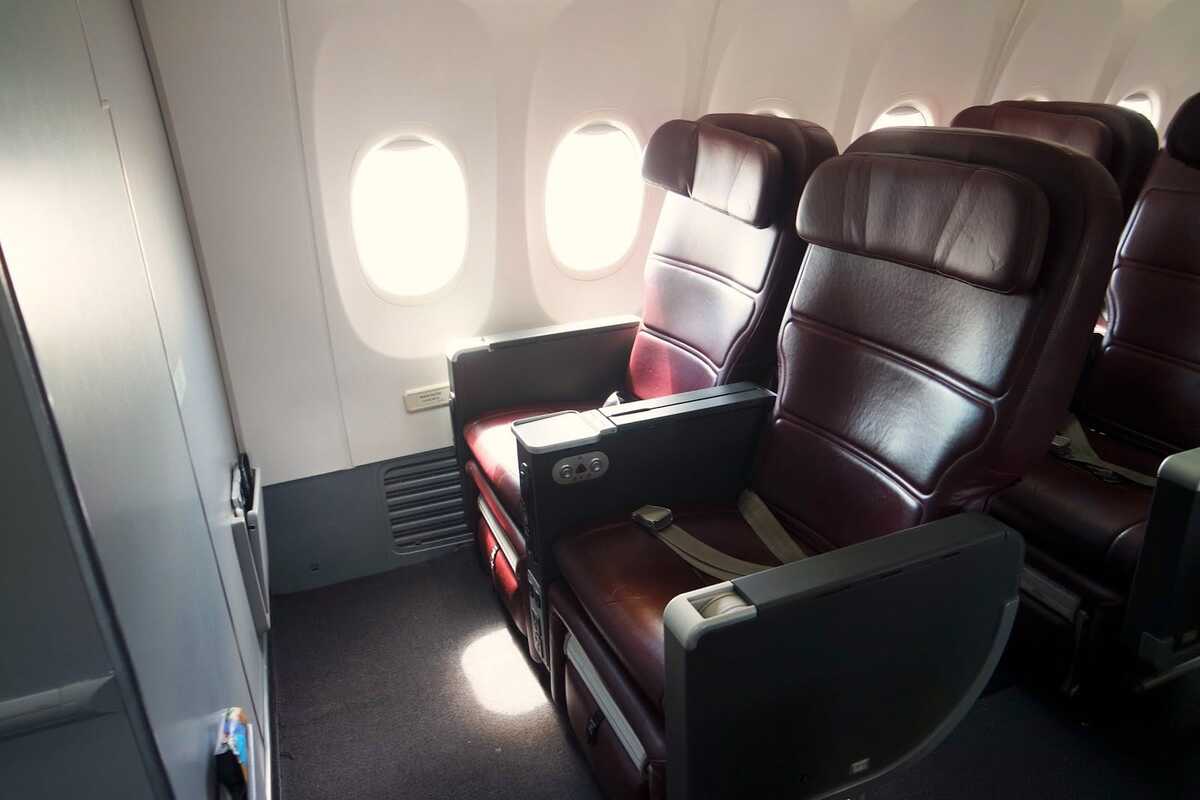 There have been many moans, and dire predictions, about the desert island the travel industry found itself belly-up on about 12 months ago.

The doomsayers have a point: even though bookings are once again on the rise, compared to 2019, ticket scanners worldwide are still very much high and dry.

However, thanks to the ongoing rollout of a COVID-19 vaccine, confidence is once again on the rise. In Australia, this means people are now going on holiday with more confidence, with the temptation to venture interstate (slightly) less fraught with thoughts of “What if the borders crash shut again.”

A DMARGE correspondent recently booked a trip according to this logic, heading from Sydney to Noosa. Whilst up there though, they received an unexpected email about their return trip. 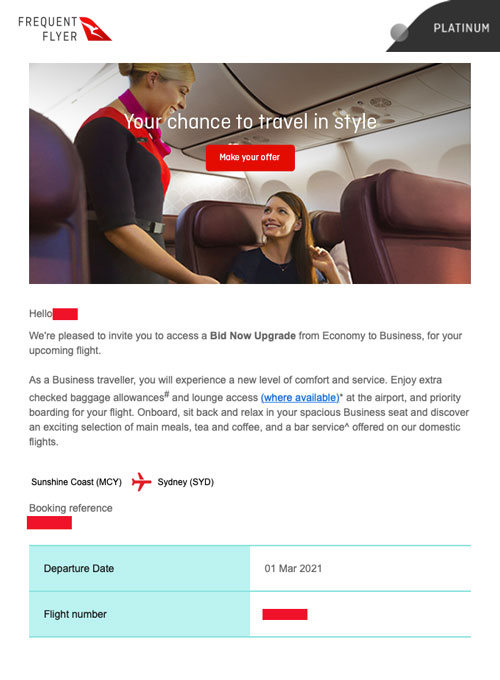 The option to bid on an upgrade to business class.

This Qantas feature, which lets you vie for an upgrade with a mix of points and cash, has existed since 2015. What was surprising is that, from our experience, it rarely gets offered. This is because traditional points-based upgrades take precedence (and usually there are enough people on board who have enough points – and the desire to spend them – to upgrade in this manner).

According to Qantas, “Bid Now Upgrades is available by invitation only for selected Qantas flights.”

“If your booking is eligible to receive a Bid Now Upgrade invitation, you have the opportunity to make an upgrade offer to a more premium cabin.” 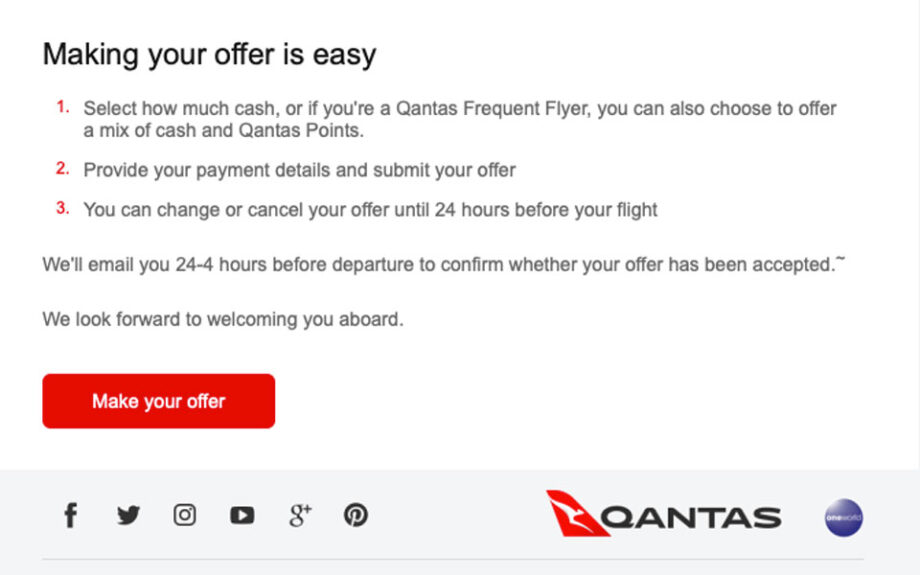 What’s important here is not so much our correspondant’s ‘eBay style’ dilemma (how much to bid?!), but what this says about Australia’s aviation industry right now.

Though this incident is anecdotal, it comes in a context where questions are being asked about the pointy end’s future (of all airlines). Though experts are not expecting business class to disappear, whether it fully recovers is still up for much debate – and dependant on factors beyond the industry’s control (such as to what degree the work from home revolution becomes permanent).

As Skift editor in chief Tom Lowry recently told CNN’s Richard Quest, in a video entitled “serious doubts business travel will ever return,” nothing is guaranteed.

However, when it comes specifically to the ‘bidding for upgrades’ phenomenon, calling it a ‘canary in the coal mine’ for the end of business class travel is majorly jumping the gun.

Professor Rico Merkert, Professor and Chair in Transport and Supply Chain Management at the University of Sydney (and Editor-in-Chief of the Journal of Air Transport Management) told DMARGE, “While the premium cabins are going through a tough period of time, the bidding for upgrades is not signalling the end of business class. Why would it? You could actually argue the other way around.”

“Instead of just upgrading people, Qantas now monetises that additional value and there appear to be consumers out there who engage in such activity. Every little helps in terms of cash flow generation. I would call that smart revenue management during a period where there may be some soft demand for premium travel.”

“Those bidding offers have been around for a while, most certainly on non-business routes such as SYD-Noosa.”

“On some routes there is certainly soft demand for business class at the moment. On others yields across economy and business seems to be keeping up quite well,” Merkert added.

“If they only sell three seats through such an auction, it may actually make the business class product offering look appealing and something worth competing for. And if you can burn thousands of miles instead of cash on this, even better for Qantas in terms of profitability but then again, I suppose their priority at this point in time is cash generation and hence the pure cash offer.”

Skift editor in chief Lowry showed similar reticence to write off the industry in the aforementioned interview with CNN Travel, saying: “Bill Gates recently said half [of business class travellers] won’t come back. I think that’s a bit stark.”

Whilst agreeing there is a portion that probably won’t come back (thanks to things like Zoom, and companies like Amazon realising they saved a billion bucks in 2020 by banning non-essential travel), Lowry highlighted this pause was a chance for executives to think about how they can come back better.

What will happen in Australia? Watch this (air) space.