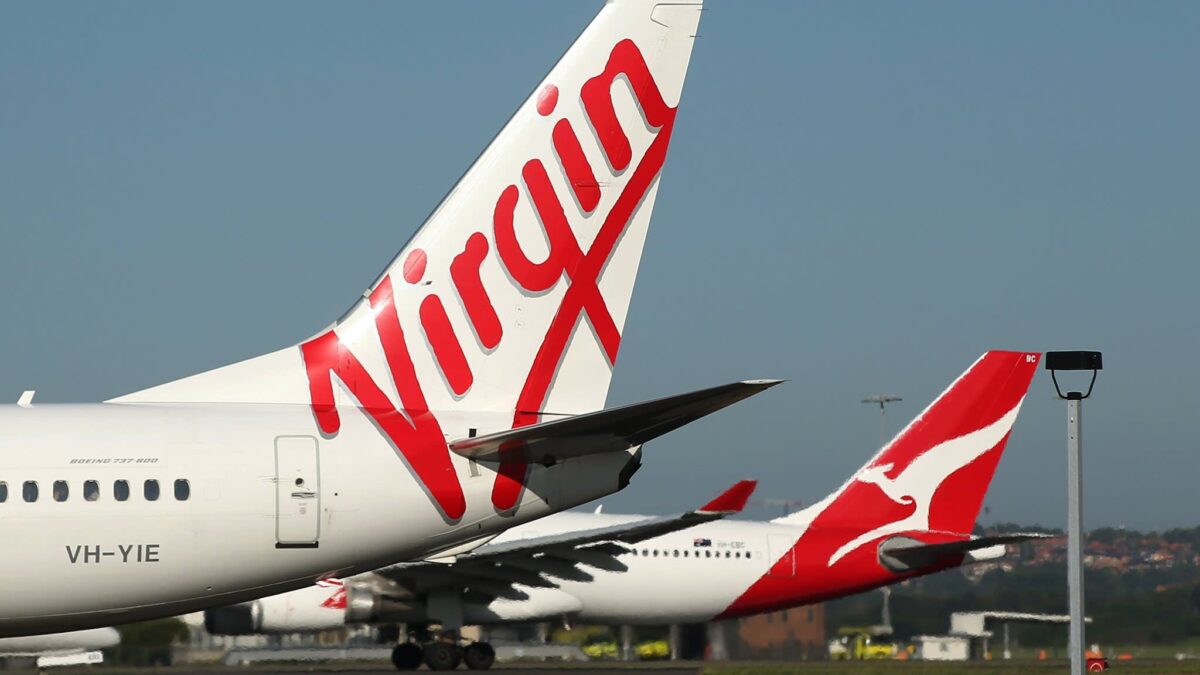 It’s been a seatbelt wrenching twelve months for Australian airlines. Much like carriers the world over, they fell out of the sky (in terms of ticket sales) last March, and the recovery has been slow. On an international scale, flights are still not operating for Qantas and Virgin Australia, and even the few airlines which are operating long haul flights to Australia are facing significant financial and administrative hurdles.

Qantas and Virgin Australia are both currently running domestic flights though, and they are also, behind the scenes, it seems, waging a war for the hearts and wallets of Australian travellers.

In November last year, Qantas announced what we playfully dubbed a “swingers” program, which sought to make switching from Virgin Australia’s Velocity Frequent Flyer program to the Qantas Points frequent flyer program more attractive. The package offered frequent flyers the opportunity to fast track their status as part of an exclusive offer that included 90 days complimentary lounge access. Qantas said at the time the offer followed a surge in demand in people asking to switch.

Barely a week after the news broke, Virgin Australia fired a counteroffer over the bow, which the airline claimed went “one-better” on Qantas’. This offered Qantas Frequent Flyer Gold status and above members the chance to receive a Velocity Discover Gold Status trial membership and eligible Discover Gold Status members to enjoy a year-long Velocity Gold membership and associated benefits for them and their companion.

A Google Trends graph recently seen by DMARGE sums up this turbulent year – and Qantas and Virgin Australia’s stagging – quite well. 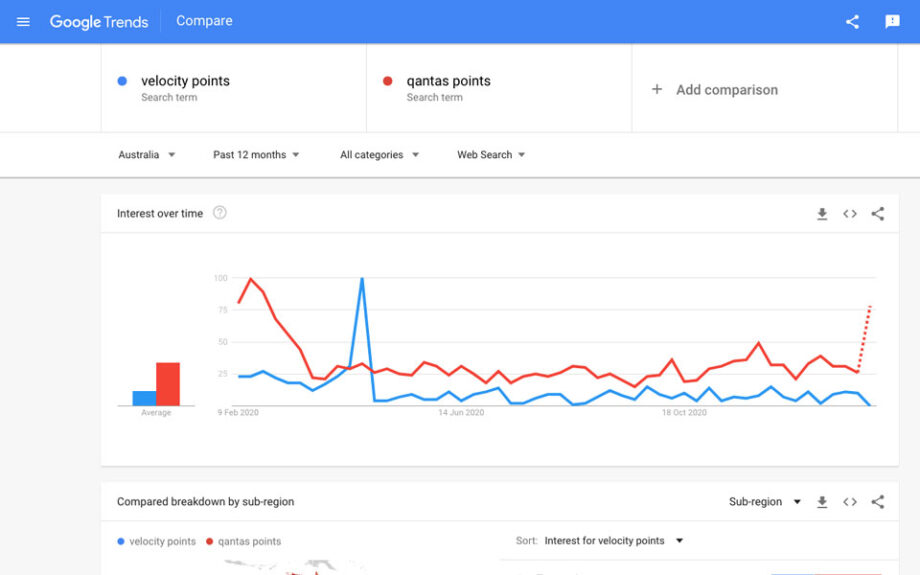 As well as the expected March dip inspired by the pandemic, and such knock-on events as Virgin Australia going into voluntary administration on April the 21st (which, as you might imagine, caused a spike in search volume for “velocity points,” resulting in 100 searches for that term occurring between the 19th and the 25th of April), the graph also registers increased interest in each airline’s frequent flyer program just after they make important announcements. Interest in both search terms spiked in November, for instance, after the two announced competing offers enticing loyal customers to switch.

The search volume statistics also reflect that after Virgin Australia made yet another play to lock in frequent flyers’ loyalty in mid to late January, interest in “velocity points” picked up slightly (while searches for “qantas points” declined). The very latest data, however, suggests that searches for “qantas points” are once again rising, with 78 searches having been made for the term so far for the period between the 31st of January and the 6th of February, and searches for “velocity points” apparently on the decline (there have so far been none during that time period).

All’s fair in love and war, no?