Good luck getting your hands on one, though. 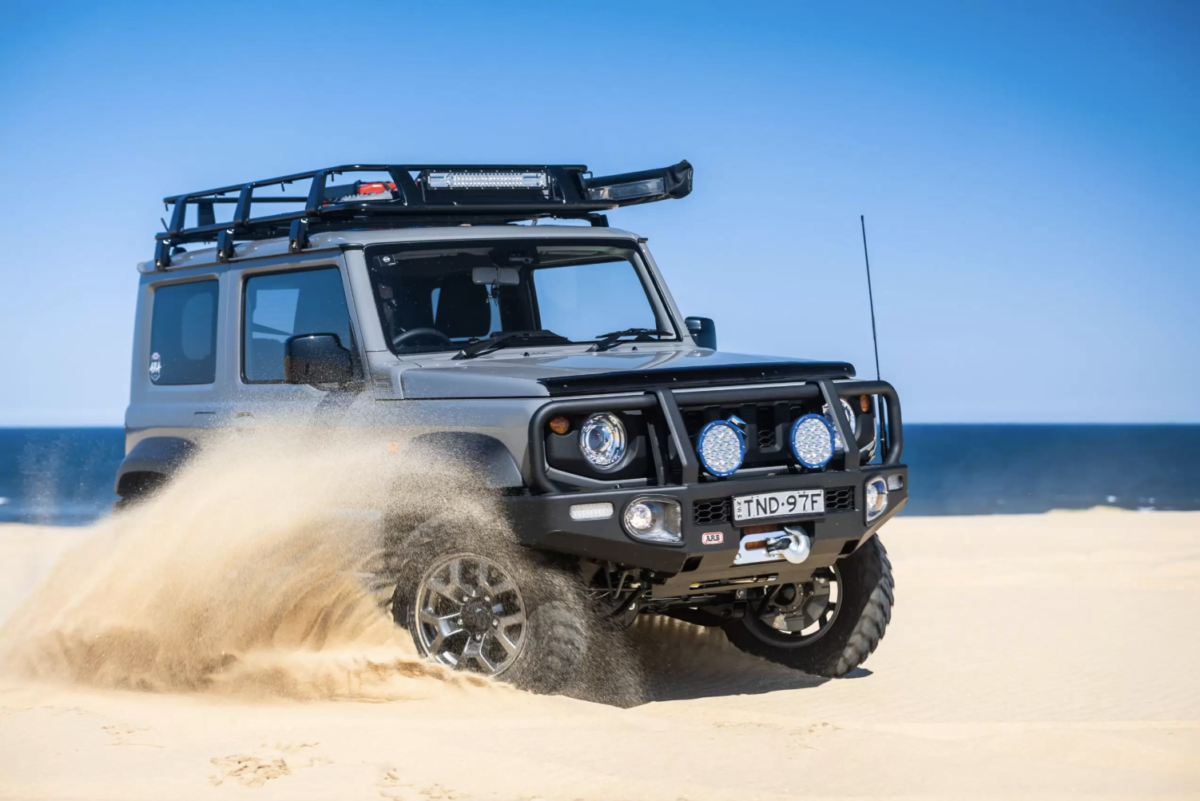 Investing in cars is like playing the stock market. It’s unpredictable and complicated but you stand the chance of making a tidy profit for yourself – or losing money hand over foot.

Predicting what cars are likely to become ‘future classics’ or even just going to resist depreciation isn’t straight-forward. The car market, like fashion, is fickle and cyclical. One only has to look at the ‘bogan car renaissance‘ currently gripping Australia: cars that were once considered the height of uncool are now becoming incredibly desirable. On the flipside, even highly-acclaimed and popular modern cars like the Toyota 86 / Subaru BRZ pair or the Nissan R35 GT-R have suffered from crippling depreciation.

So what’s a fun, practical daily driver that’ll hold its value well into the future? Ask any motoring journalist worth their salt and there’s only one answer they’ll give you: the new Suzuki Jimny. The three-door, brightly-coloured, kei car-sized SUV might seem like an unlikely candidate but the bizarre little motor has quickly become one of the most desirable vehicles in the world since its introduction in 2018.

Such is the hype surrounding the Jimny that waiting lists for the car rival those for European luxury and performance cars – and indeed the car’s so popular that many Aussies are trading in their Land Rovers and Mercs for the little beauty.

Even notorious Australian motoring ‘journalist’ Supercar Blondie (real name Alex Hirschi) is a fan of the Jimny, buying one of the pint-sized SUVs for her husband for Christmas – an inspired choice considering the Hirschi’s millions and taste in supercars…

A post shared by Alex – that girl with the cars (@supercarblondie)

The fourth-generation Suzuki Jimny was launched in 2018, replacing the venerable third-generation model which had enjoyed a 20-year-long production run. While the external design of the new Jimny was a radical departure from previous models – retro-styled and boxy, resembling a baby Jeep Wrangler – the car remained true to the Jimny formula underneath: simple, hardy, with serious off-road credentials to back up its ‘butch’ look.

The Jimny has always been an outlier in a market that’s dominated by big, thirsty boy’s toys. It’s small, not very powerful, and quite spartan. But that’s also why it’s loved by serious 4×4 fans: it’s inexpensive yet highly capable straight out of the box; legendarily reliable and regularly shows up bigger machines when it comes to off-road performance. It’s also great around town because of its tiny size and fuel efficiency (unlike most 4x4s), meaning it’s a real car for all people.

Perhaps that’s why the third and fourth-gen Jimnys have been dark horses in the depreciation stakes, too. Despite its aforementioned lengthy production run, third-gen Jimnys hold their value remarkably well. The cheapest third-gen Jimny on Carsales right now is listed for just under $5k, with good examples asking as much as $30k. Pretty impressive considering that they retailed for just over $20k only five years ago… And the new Jimny retails for $25,990 to $27,990.

When it comes to fourth-gen Jimnys, it’s more about supply. Dealerships across the country (and internationally, too) can’t keep up with demand, so if you want to get your hands on a new Jimny, you need to hit the classifieds – and expect to pay a premium. The cheapest fourth-gen on Carsales is listed for $35k, and prices go as high as $50k – almost double the RRP!

But think of it this way: a new G-Wagen would set you back more than five times that amount… All the while being less capable off-road and around town; being far more expensive to run and maintain, and with far less street cred. Hirschi’s gift to her husband is looking more and more like a smart move…

Recent reports that Suzuki is expanding Jimny production to India as well as introducing a five-door model might take some of the heat out of the fourth-gen market. Australian-spec Jimnys are likely to continue to be sourced from Japan, although the Indian production line could see reduced wait times as it shoulders some of the global demand from the stretched Japanese plant, WhichCar reports.

But if the third-gen Jimny’s anything to go off, fourth-gens will likely remain solid little investments into the foreseeable future, especially considering it’s a much more liveable car: it’s got a modern infotainment system with Apple CarPlay and Android Auto; practical flat-folding rear seats and plenty of cabin storage; a whole suite of safety features including autonomous emergency braking, lane departure warning, electronic stability control, high beam assist and more… Plus it looks really cool (which is just as important).

In short, it’s an underrated little car that has all the right ingredients to be a future classic; a decade-defining vehicle. That millionaires like the Hirschis would invest in one instead of something far more expensive or luxurious is telling.

“He’s been saying for so long ‘I just want a car that I can grab the dogs out them in go to the park do my errands in’… basically he doesn’t want to rack up any miles on the Rolls-Royce or the McLaren,” Supercar Blondie explains. “He takes cabs everywhere, [so I was] like what are you doing – you need a runabout car, and he always talks about the Jimny, so there you go.”