‘It Was Super Quiet’: Staycationing In An Australian Quarantine Hotel

“The pool was still open, and they still had pool service for food and drinks, but it was kind of weird because there would be people just staring down at you swimming wishing they were there.” 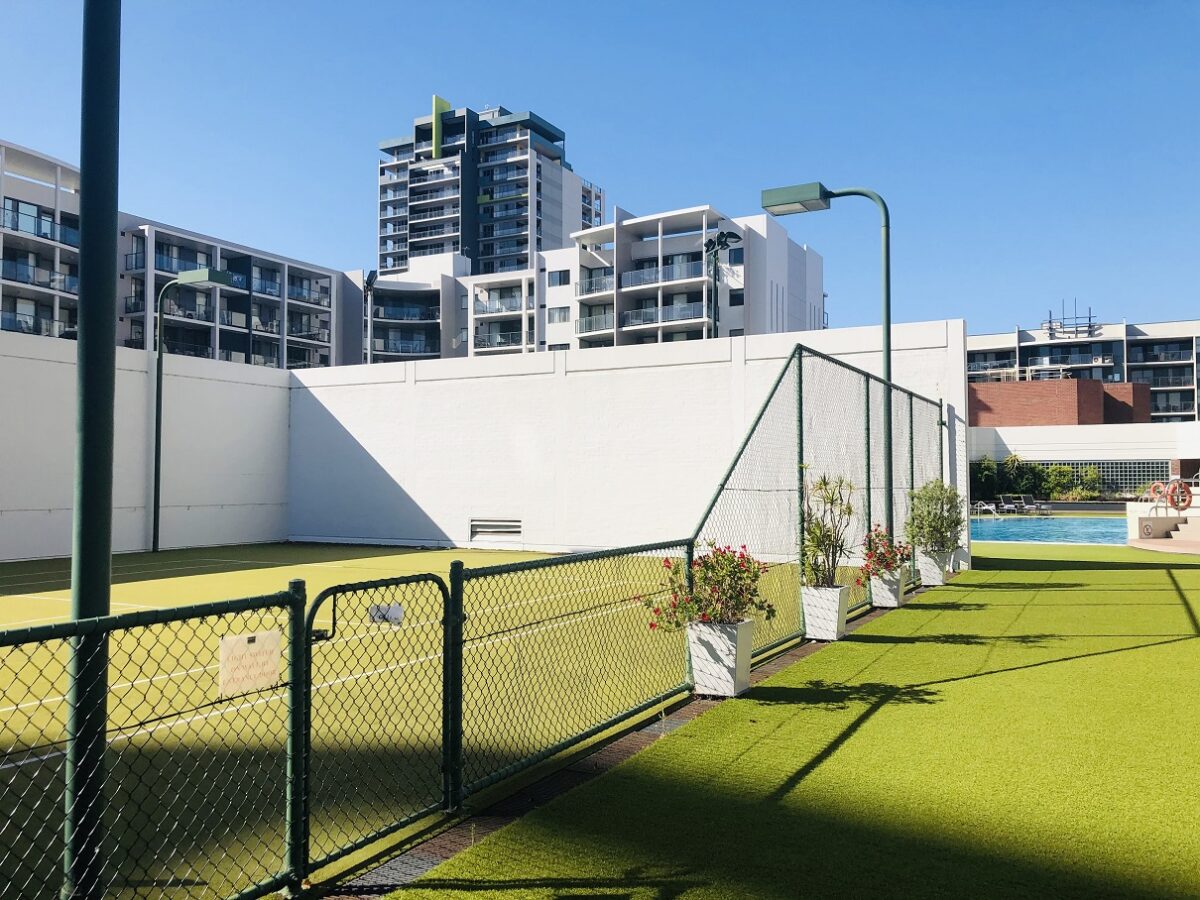 Quarantining Australians in Perth have been amazed to find themselves staying in the same hotel as normal paying guests.

The ABC last week spoke to one of these ‘quarantinees.’

James Whitehouse, a man who “returned from the UK after attending his father’s funeral and has nearly finished his mandatory stay on Level 2 of the Hyatt Regency,” told the ABC he was alerted to the presence of ordinary guests, staying there by choice, when he saw patrons on the floor below him had access to a balcony and fresh air.

“If I was the paying customer I would not be taking that risk,” Mr Whitehouse told the ABC’s 7.30 report.

“I’m amazed the hotel’s been allowed to do that by the government.”

“I thought the whole idea was that we were in isolation.”

To get the other side of the story, DMARGE spoke to one of the hotel’s free-range (within limits) guests – Lauren Wilson.

Lauren, who is a psychology student at UWA, told DMARGE she was on “staycation” at the Hyatt Regency Perth from the 28th to the 30th of January.

“My husband had credits to use so we decided to go to the Hyatt. He knew ahead of time that it was a quarantine hotel but we weren’t sure how it was actually gonna work out. We got there and the only levels that the public could stay on were the 1st level and the 9th level. The other levels in between were for people that were Quarantine. There are 4 guards on each level the way that the hotel is laid out made it so that there was one guard per hallway. They looked really bored.”

“When you got onto the Elevator you could only press level one and level 9 and all the other floors wouldn’t light up if you pressed those buttons. The pool was still open, and they still had pool service for food and drinks, but it was kind of weird because there would be people just staring down at you swimming wishing they were there.”

“Overall it was a great little staycation. It was super quiet and it felt like we had the hotel [and pool] to ourselves.”

“We went on a beautiful weekend where the weather was perfect for swimming. We went at the end of each day and there was only ever one other family there. So good. We could actually relax and enjoy the pool! And it was great for our young kids learning to swim, not stressful for them with it being so quiet.”

With The Age journalist Emily Woods, who stayed at the Hyatt, reporting on February the 2nd, 2021, “I went on the Hyatt website and found they were offering discounted packages for stays over Christmas and New Year’s Eve,” could this be a smart way to get an epic, bang for buck trip?

Not necessarily. Another ordinary paying guest told DMARGE it wasn’t all that amazing for her: “I stayed there during lockdown anyway so didn’t really make too much difference to my stay. I did see all the guards on the different levels though, they had it all under control pretty well at the Hyatt.”

“The Perth lockdown was on too so I was almost in the same position [as the quarantining guests]. We had a balcony room in the regency club and the others would have had no balcony at all! I couldn’t imagine staying in a room with no balcony would be fun!”

DMARGE also spoke to guest Martine McCracken, whose family was in hotel quarantine in Perth in early January, who confirms the jealousy was real: “We were there [in hotel quarantine, at Hyatt Regency Perth] from the 2nd of January to the 16th of January.”

“One of the nights there was also an event on in the hotel where they played music until quite late. It didn’t bother us much, however, it actually felt more weird that people would be out in what we assumed was a large group as it’s been a long time since that was the case for us.”

Not everyone saw ‘normal’ guests during their stay, however. One guest, Sheridan Hepburn, told DMARGE she quarantined at the Hyatt Regency Perth in the last week of August and the first week of September 2020, “had a view of the pool” and “never saw any other guests.”

As of February the 9th, 2021, 7.30, the ABC reports, “understands Levels 1 and 9 of the Hyatt Regency are available to the public, while levels 2 through to 8 are for returned travellers.”

“Members of the public are also welcome to book rooms at the Pan Pacific Perth, another quarantine hotel.”

Tiaan Carstens, who recently stayed at Pan Pacific Perth for his birthday, told DMARGE “the hotel was great” and “there was still lots of life and activity in the restaurant and bar but not many people walking through the halls and lobby.”

“I feel like you either stay in the room or you go out and do something in the city rather than hanging around in the hotel.”

Carstens also told DMARGE he didn’t know Pan Pacific Perth was a quarantine hotel when booking: “Nope we had no idea. No one told us.”

“We wouldn’t have found out if it wasn’t for one of our Uber drivers that asked if we were scared to stay there.”

A WA Health spokesperson has confirmed two Perth quarantine hotels were open to the public, saying both were required to “meet strict requirements” (such as employing separate kitchen staff) and ensure that “the hotel is clearly divided into two very separate areas,” according to the ABC.

WA Premier Mark McGowan has reportedly said the use of quarantine hotels by members of the public had been “queried at length” with medical advisors, and the advice was that “it is not a risk.”

Though Perth is now coming out of last week’s lockdown, various restrictions will remain in place until February the 14th.

“All residents must continue to wear masks while outside their homes except for during vigorous outdoor exercise,” PerthNow reports.

In addition, “A 20-person limit will be imposed on all private indoor gatherings, while a four square metre rule and a cap of 150 attendees will apply to hospitality and retail venues and weddings.”

“Restaurants, pubs and bars can only have seated service and only essential travel is permitted in and out of the combined restricted zone.”

Finally, “Western Australia will also keep its border restrictions in place for both NSW and Victoria,” and “travellers from those regions are required to isolate for 14 days and present for a coronavirus test on day 11.”

Health Minister Roger Cook said WA was in a good place after moving “quickly and decisively” to crush the outbreak.

Cook said health officials were continuing to hunt for more contacts of the hotel security guard whose testing positive of Covid-19 prompted the lockdown, “with almost all of those identified so far returning negative COVID-19 results,” according to PerthNow.

“Authorities have identified 528 people linked in some way to the guard, who unwittingly roamed the streets of Perth while infectious,” PerthNow reported on Monday.

“So far 522 have tested negative with just six waiting on test results.”