Wristwatches? Who needs them? 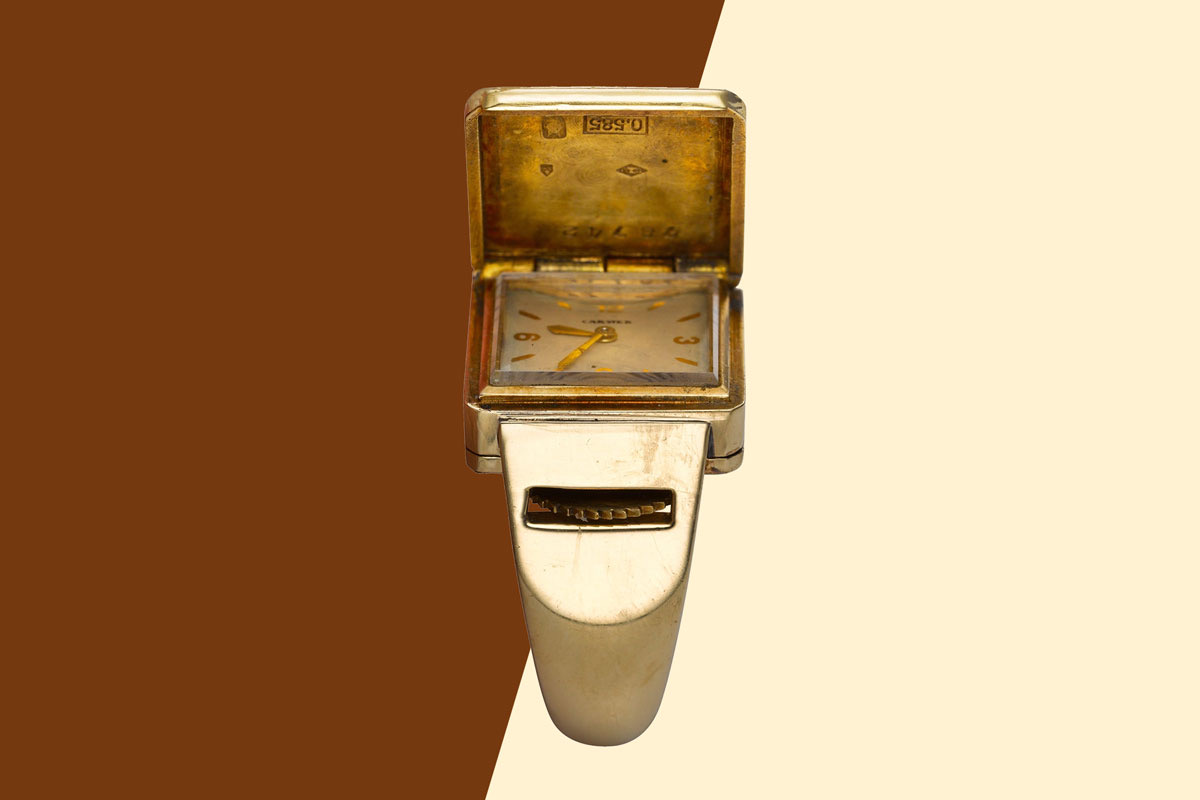 There’s something fascinating about watch companies making things other than wristwatches – and it’s more common than you might think.

The aforementioned compasses and clocks might be novel, but this Cartier piece from the 1940s might just be the most unique timepiece we’ve ever seen.

What appears to be an otherwise normal 14ct yellow gold ring is actually a watch: pop the top cover open and you’re greeted with a cute little watch face under a bevelled piece of glass. The tiny watch is powered by an equally titchy Jaeger-LeCoultre movement, which features a novel winding mechanism affixed to the underside of the ring.

It’s an elegant and fascinating piece that speaks to Cartier’s unique relationship with horology and is emblematic of how our taste in watches has changed so much over time. 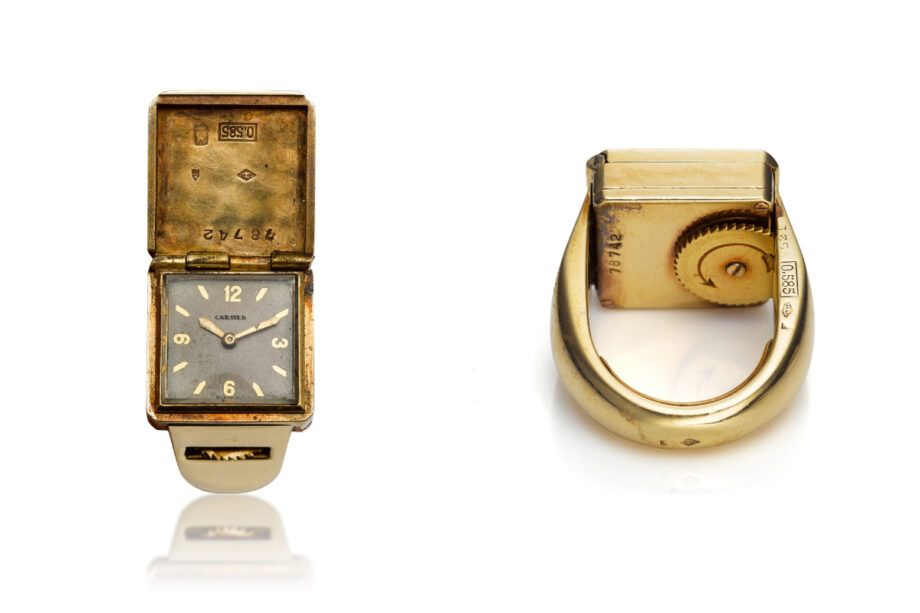 Founded in Paris in 1847, Cartier has long been regarded as one of the most prestigious and pre-eminent jewellery manufacturers in the world. The brand has always been a unique figure in the luxury watch world: jewellers or non-watch brands’ luxury watch offerings are sometimes looked down upon by serious watch collectors (Louis Vuitton might make great suitcases but their watches are more akin to fashion items than serious timepieces, for example).

Cartier, however, has always stood out as making particularly fine timepieces that are more than worthy rivals for the pieces produced by watch-only manufacturers. Part of this has to do with their indelible impact on the world of watchmaking: Cartier brought the world’s very first wristwatch to market, the iconic Santos, in 1911. That’s a boast that’s hard to beat.

RELATED: The Hottest Cartier Watches To Buy In 2021

This ring watch also speaks to Jaeger-LeCoultre’s history as “the watchmaker’s watchmaker”. Even today, JLC remains one of only a handful of watchmakers that produce their movements solely in-house, and the brand has long supplied movements to brands like Patek Philippe, Vacheron Constantin and indeed Cartier – who still utilises JLC movements to this day.

Ring watches like this Cartier used to be more common in the 20th century but have since fallen out of style. As rare as they are, you can still pick them up for around 5000 USD from vintage watch dealers. It’s a shame that watch companies or jewellers don’t make ring watches any more – although Sydney-based designer AHW Studio makes some spectacular jewellery out of old watch movements if you’re looking to get in on the action.

Ironically, smart rings like the Oura (which tracks vital signs, like a Fitbit) or the McLEAR (which allows contactless payments like a credit card) are becoming increasingly popular in 2021… We might see Cartier return to making rings with hidden tech in them in the near future.