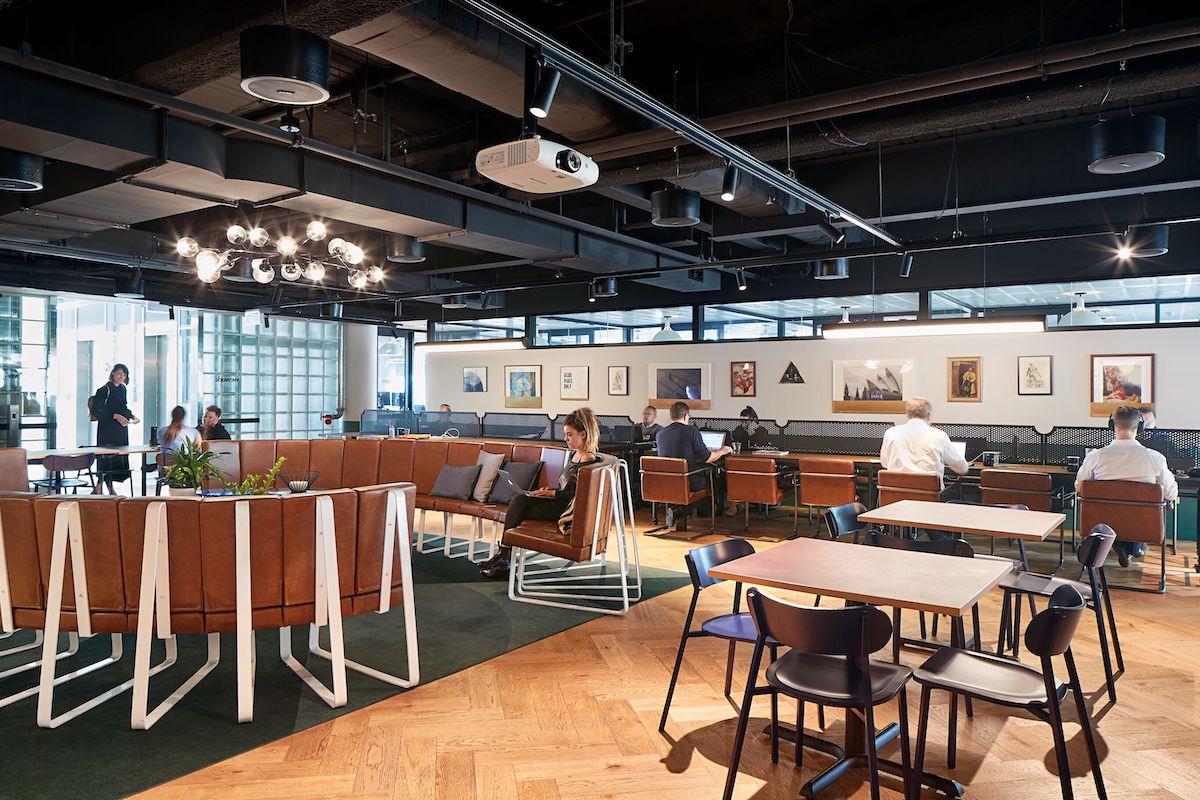 2020 was a nightmare year for most of us, but there’s now some light at the end of the tunnel – particularly here in Australia.

With a global vaccine rollout finally finding traction and the world economy slowly getting back up to steam, things are looking good. But it never rains until it pours: after a shocker twelve months, it seems as if the economic pendulum is set to swing the other way, with businesses around the globe set for an unprecedented boom (compared to what we’ve been seeing over the last twelve months, anyway), thanks to rising consumer confidence, research suggests.

“Thanks to a combination of government stimulus and ‘pent up’ consumer spending, economists predict that $4 trillion will be released into the United States economy as restrictions are lifted,” software firm Questionmark reports, relating that “strong growth is also forecast across the United Kingdom, the Eurozone and Australia… [creating] a consumer boom [which] will create opportunities for growth across the economy.”

But Questionmark’s findings suggest that many businesses – after twelve months of being brutalised by the COVID-19 crisis – aren’t adequately prepared for the incoming boom. They point to research from management consultancy McKinsey, which suggests that the vast majority (87%) of executives face a gap between the skills they need and those prevalent among the workforce.

An even more shocking statistic they share is that of the $130 billion spent on corporate training each year worldwide, only 25% of that spend is effective. This should be a wake-up call for Australian businesses. Many are yet to completely pivot; react to the overwhelming changes that have been wrought on the economy over the last twelve months – and a burgeoning boom might not be a good thing if they can’t pivot further.

There are three key areas that Australian businesses need to work on, and make sure their employees are adequately trained to take advantage of the incoming boom: E-commerce, hygiene and remote working.

Demonstrating the adage ‘necessity is the mother of innovation’ Mr Puharich explained how his company got about 18 months of (e-commerce) work done in eight days.

“On the 24th of March 2020.. restaurants, cafes, clubs, pubs, you name it had until midday to shut their doors on the back of Covid lockdowns,” Puharich told us.

This came on the back of an announcement by Scott Morrison and Gladys Berejiklian on the 22nd – a total of two days’ notice.

“We launched our online business on Wednesday the 1st of April. We launched very quickly… because on that 24th of March we saw our business fall off a cliff overnight.”

“I’m sure it’s a common story a lot of businesses will share – you never waste a good crisis. On the back of Covid, it’s amazing how quickly you can hustle.”

“We had no expectations and no experience in this space. We didn’t have people within our business that were experienced in e-commerce. I didn’t have time to reach out and get advice from so called experts. So we just launched.”

“What we did know – and believe in – was in meat, and our quality and in our brand offering. We had all those big ticks but had never had any experience in this space.”

Despite that, Vic’s e-commerce platform “launched and did seven or eight thousand dollars worth of business in the first 24 hours with no clue, no advertising, a bit of social media and that sort of stuff and the rest is history.”

Puharich also told DMARGE that even though the e-commerce shift was not exactly voluntary, he now considers it a crucial part of the business and an area for continued innovation and investment down the line.

“We’ve discovered this new sales channel that never existed in our business. Before the bulk of our business relied on supplying chefs, restaurants etc. which we’re very grateful for (and we’ve still got a couple of retail stores in Victor Churchill and the Fish Markets) but now we’ve opened up our brand and our business to the whole country because we’re delivering nationally.”

“You don’t need to live in Woollahra or Sydney just to access it. You can be in Broome, Cairns, Wollongong, and have access.”

E-commerce is on the up across all sorts of industries. From wine to razors, almost everything seems to be succumbing to ‘the Netflix effect’ these days. So getting ahead of the curve (or at least ready to swing with it) is crucial.

You’d think it would be second nature by now but many businesses across Australia still lack consistent and effective hygiene measures, even after months of The Spicy Cough ravaging the world.

This is partially a result of inconsistent government guidelines – but that shouldn’t be an excuse for businesses to let their guards down and not take COVID-19 seriously.

DMARGE recently explored a bizarre inconsistency in Melbourne where, according to a DMARGE source on the ground, “everyone has to wear face marks in supermarkets and Westfield… but then you go to bars or clubs and nobody has even checked in.” It underlines how some businesses have clearly trained their staff properly and taken adequate measures to protect their customers (and therefore their business) whereas others are still just treading water.

In short, the growing swell in consumer confidence will be wasted on businesses who aren’t making sure their operations are COVID-safe.

We’ll illustrate this one with an interview with Emmet Murray – a Sydney-based software engineer for Microsoft, who recently returned home after spending most of 2020 working in Seattle. Having arrived in the US just as the COVID-19 crisis hit its peak, he spent most of his time overseas working remotely – giving him a unique perspective on how Australian businesses ought to handle remote working.

“The biggest challenge of working remotely was not being able to communicate with my team. There are some things that are hard to take online… Sometimes you just need to draw a diagram,” he gives as way of an example.

Murray found it frustrating that even in a big tech firm, there was inconsistency in the different communication technologies his colleagues used, as well as in the ability of organisational leadership – some executives; some businesses were better able to pivot than others. His number one tip? “Invest in technology that helps your team communicate.”

The other big challenge about working remotely, Murray relates, is that “there’s no social aspect to work anymore.”

“It can become soulless… It’s important that the leadership within a business does little small-scale morale-boosting things, in order to make things more [real].”

The risk of not getting remote working right? Not only could we sleepwalk into a spiral of urban decay (as this Op-ed in the Sydney Morning Herald warns) if we get too comfortable in our pyjamas, but not catering to the new demands of workers could see companies get left behind by others who strike a new – better – balance of efficiency.