The last twelve months have seen used car prices absolutely soar Down Under, with virtually every type of automobile imaginable – from performance vehicles to the crappiest daily drivers – seeing intense price rises. Insiders have called it the ‘COVID Tax’ and it’s led to some pretty bizarre situations, like people spending $50,000 on new Suzuki Jimnys.

Surprisingly, the pointy end of the car market hasn’t been quite as affected by the upheaval of the last twelve months – but you could easily be mistaken if you took a look at the sticker price of the car we’re about to show you.

Meet this 2004 Ferrari Enzo being sold by a luxury car dealer in Perth. Widely considered Ferrari’s first ‘hypercar’ and one of the finest cars to have ever come out of Italy, this Prancing Horse is one seriously special motor… But with an asking price of $4 million, you’d certainly hope so.

Let that sink in. $4 million. For that amount of money, you could buy a house in Sydney, Byron Bay and Melbourne and still have some money left over. Okay, that might be a bit of a stretch, but our point still stands. It’s a bonkers amount of money to spend on a car.

Last year, DMARGE reported on a 1960 Mercedes-Benz 300 SL Roadster, which at the time was the most expensive car on sale in Australia with an asking price of $2.5 million. Now we feel like fools because this Enzo absolutely blows that Merc out of the water – and we’re not just talking about the price. 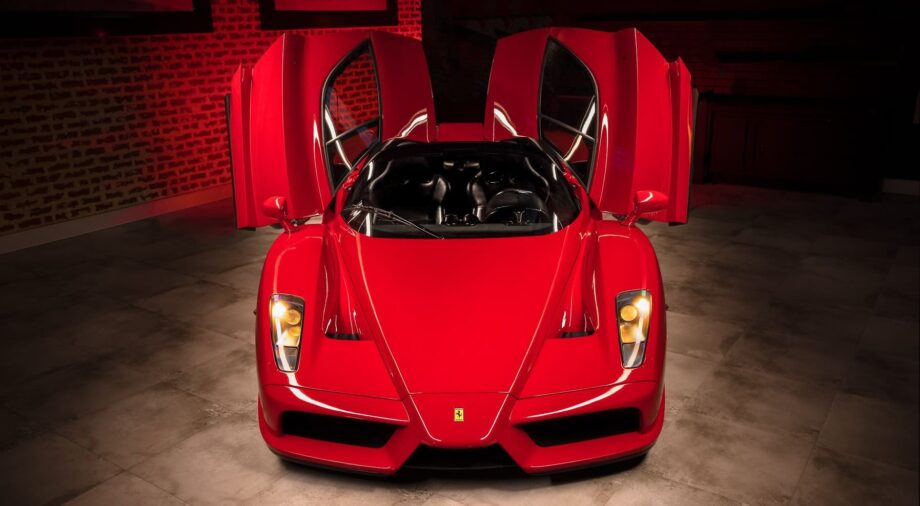 Officially known as the Type F140 or the Enzo Ferrari, the car is unsurprisingly named after the founder of the great Italian sports car marque of the same name. Old Man Ferrari never got to see the Enzo in real life (having passed in 1988 at the ripe old age of 90), but we’re sure he’d be impressed: the Enzo stands out as one of the most distinctive and impressive cars Ferrari has ever made.

Produced from 2002 to 2004, the Enzo was designed to be like a street-legal Formula One car. Not only does the car use groundbreaking F1 technologies such as a carbon fibre body and the transmission from Ferrari’s contemporaneous F1 car, but it also features technologies F1 cars aren’t allowed to use, like active aerodynamics and traction control.

Only 400 were ever made, and the car was originally only sold to existing Ferrari customers (specifically those who had previously bought the F40 and F50, with all cars but one sold in this way even before production began). This one is a particularly clean example, with only a smidge over 2,000kms on the clock and barely a scratch (save for some scuffing on the driver’s kick panel). 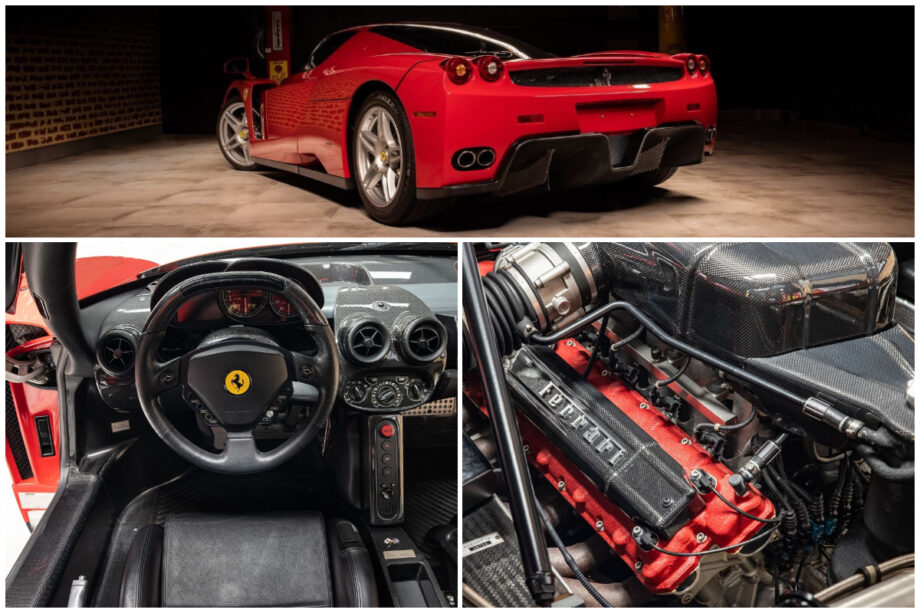 Powered by a 6.0L V12 engine, the Enzo makes 485kW, has a top speed of over 355km/h and does 0-100km/h in 3.6 seconds – figures that still hold up today, almost two decades after it first hit the market. It remains one of the most powerful naturally aspirated production cars in the world and an incredibly desirable investment, the seller relates.

“One of the greatest Ferraris of all time… very few of these spectacular vehicles are in Australia. This car will complete any Ferrari collection and is extremely sought after worldwide.”

Now the $4 million price tag makes a bit more sense. An ultra-rare, iconic hypercar that was never officially sold in Australia (or really anywhere, thanks to its strange sales policy) that’s in virtually mint condition and in the right colour. Ferraris need to be red.

The only downsides? Being such a performance-focused car, it’s not a comfy little Sunday cruiser like that aforementioned 300 SL – a moot point, seeing as it’s left-hand drive, so you can’t legally take it on public roads anyway. Oh, and it costs $4 million. That little trifle.

Anyway, it’s on Carsales if you’re interested… Or if you have Conor McGregor money.