We need to be careful with how we manage our domestic travel boom… while still promoting it. 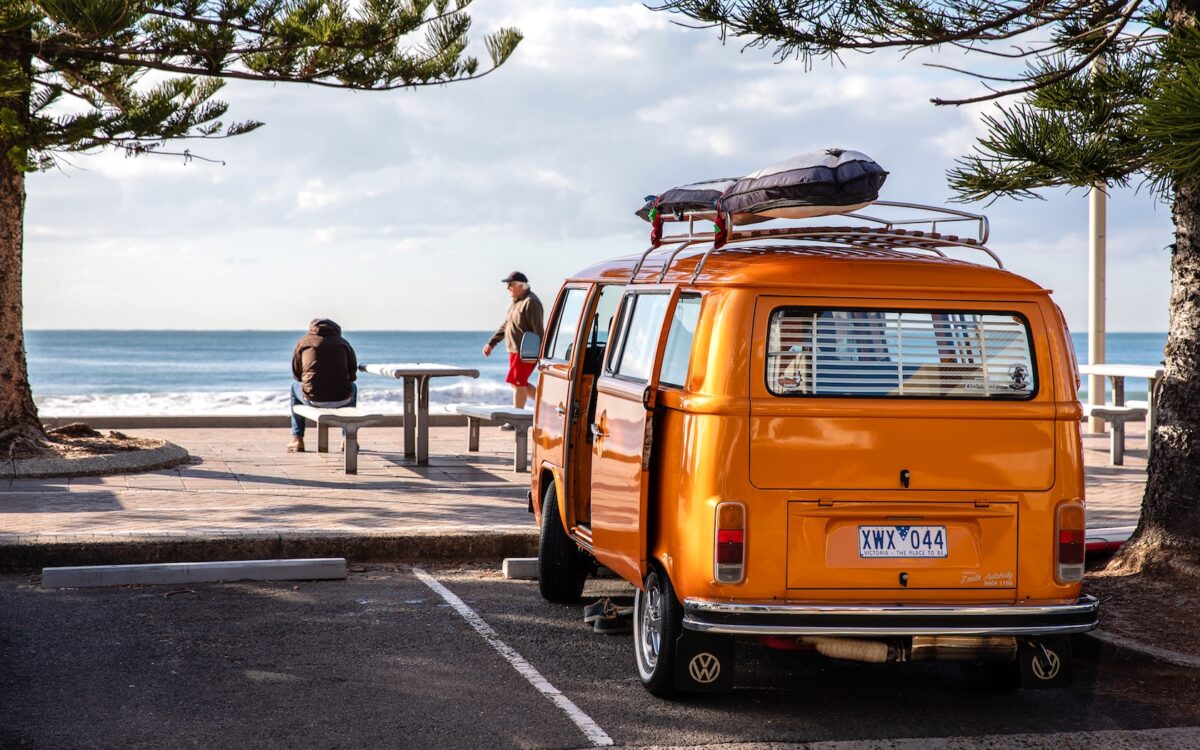 Aussies are taking to Australia like they’ve never seen it before. This has led to all sorts of discoveries – from Australia’s Maldives and Adelaide’s Andalucia to The Uluru of the Pacific.

This domestic travel boom has helped (to a small degree) make up for the lack of international travellers right now, and led to a number of overdue revelations.

The upshot? Compared to other countries like the United Kingdom and the United States, Australians are a lot more content to be banned from travelling overseas – Covid cases are relatively low here, there’s a lot to do, and the international travel ban is what is keeping cases low (and enabling us to do things domestically) in the first place.

A post shared by Maddi ↠ Addicted to Australia (@maddipap)

This means that though, say, Americans, might look at our casual acceptance of authority with disdain, we are more than content to ignore them, chuck our stimulus checks into an ETF, and move to Byron Bay (or something of that ilk).

It also means that though in places like the UK influencers are reportedly posing a challenge to authorities right now, inspiring young people to jet off abroad to places like Dubai, in Australia we don’t have this problem.

A post shared by Trip In A Van (@tripinavan)

Our icons of sun and sand are jaunting around the country, encouraging us to go visit everywhere from Cape York to Kalbarri – but not abroad. In fact many curators of cool, including both celebrities and athletes, who you might think would be well placed to potentially find a loophole to escape the travel ban have in fact gone on record to say it would have felt weird to leave while everyone else was staying at home.

Maddison Papantoniou, who is currently travelling Australia in a Land Cruiser with her partner Jake Rusanoff, recently told DMARGE: “We’ve experienced hot outback and vast desert, lush tropics, gnarly surf beaches and bustling cities – all without even jumping on a plane – so we’d say we are coping just fine with not being able to travel overseas right now.”

In the UK, on the other hand, as CNN Travel reports, “In recent months, as the UK has sat frozen in lockdown, countless social media stars have posted content from beaches, shopping malls and hotels in Dubai and other favorite hotspots.”

“As young people become restless in lockdown, and as the vaccine rollout moves towards millennials, concern is growing from both inside and outside the influencing industry that their laissez-faire approach is rubbing off on followers.”

“One of the reasons marketers use celebrities in their campaigns is because they know it has an impact because consumers, particularly young people, want to emulate their behaviours,” Linda Bauld, professor of public health at the University of Edinburgh, told CNN Travel.

“Social media influencers are today’s celebrities. They should recognise the responsibility that comes with that and work to promote public health, not undermine it.”

Though Australia doesn’t have this problem, as no-one is allowed to travel internationally right now, it does face a couple of challenges when it comes to new domestic travel habits.

In particular, Australian tourism boards need to work with influencers to promote sustainable travel practices as more and more fresh-faced travellers – unskilled in the polite arts of not upsetting locals or drawing attention to themselves – start rocking up to places in their Sprinter vans.

They must also find a way to promote destinations, which have limited amenities, without seeing them over-run with visitors. As the recent closure of three Cape York sites in response to poor tourist behaviour shows, our domestic travel boom needs to be managed carefully.

As the ABC reported this morning, there is also currently a push to close Kakadu’s Gunlow Falls, over concerns traditions are not being adequately protected.

There is discord in other parts of the country too. According to the ABC, “[With] Byron’s visitor numbers eclipsing its permanent population, the local community has found itself at a crossroads, struggling to reconcile this ‘free-living’ ethos with the inexorable costs of tourism.”

“And as ‘van lifers’ increasingly seep into the suburbs, it is ordinary residents who have suddenly found themselves bearing the brunt of tourism’s ugly side: motorhomes lining residential streets, human waste on front lawns, and authorities trying in vain to keep it under control,” (ABC).

On this tension point, Brent Hill, Executive Director of Marketing, South Australian Tourism Commission, told DMARGE, though tourism boards should work with influencers and Australian travellers to strike a good balance in their promotions, “Sustainable travel is everyone’s responsibility.”

“It is in everyone’s best interests to preserve and protect the natural environments for future generations to enjoy.”

“The South Australian Tourism Commission (SATC) is proactive when working with media and influencers to impart information about travelling responsibly. This can include providing up to date information, using tourism operators who have appropriate certification, and working closely with operators to ensure their practices are as environmentally and socially responsible as they can be.”

Mr Hill also told DMARGE who they choose to work with is crucial in achieving this, too: “As with many tourism boards, we only work with media and influencers who align with our brand, and our brand values. This creates a natural synergy in our marketing efforts, which results in a more authentic and genuine connection between brand and writer, writer and reader.”

“The extent to which we promote a specific region, area or product is done collaboratively, ensuring the region can support the visitation, and that the visitation inherently supports the community.”

Finding this balance also depends state by state; region by region. As Mr Hill explains: “the SATC is a big believer in treading lightly. As a state that is not burdened by over-tourism, we are in the unique position of being able to protect what is great about our state while promoting conscientious travel. To that end, we have developed a suite of information on our website.”

“This includes practical tips on what travellers should pack to reduce their impact, as well as information on eco-friendly accommodation, sustainable dining and winery experiences, and tours that are nature-first. This section will continue to grow and visitors should check back regularly for updates to the content.”

Immanuel Debeer, first-class travel addict (and founder of Flight Hacks), who is based in Perth, told DMARGE in his view Australia doesn’t have the same problem as the UK right now in terms of travel shaming or ‘wrongful travel’ promoting: “I think only a small number of people would think domestic travel should be discouraged. However the message should be for Aussies to get out there and explore their own country.”

Looking further afield he told us: “In terms of international travel, I’ll be on the first flight out when restrictions ease. By that I mean, when they reduce the arrival cap and move to a form of home quarantine instead of being locked up for 14 days in a [hotel room].”

“In my opinion if you have a legal way of travelling: do it. Just don’t be an idiot. By that I mean, maybe don’t go clubbing in Cancún.”

As for the British influencers currently showing off their travels, Debeer said: “Personally I have no issues with this. While a lot of these ‘influencers’ are very cringe; that doesn’t mean I get salty when I see them having a great time in Dubai.”

A post shared by Rich Kids of Dubai (@richkidsofdubai)

“Out of all countries, the UAE has done an incredible job managing covid while still allowing tourism to happen. You need a test before flying and a test on arrival. I feel this is a very solid system for managing covid.”

Debeer also pointed out that the definition of work has changed dramatically in the last two decades: “This might be hard for some people to grasp but because you see so-called influencers having a lavish life, jetting around the globe doesn’t mean they aren’t working.”

“The definition of ‘work’ is very much different compared to 20 years ago for example. The internet allows us to make money in many different ways and some people like to work wherever it pleases them. If someone gets paid to travel somewhere, is that work or pleasure? And, why can’t work be pleasure? As someone who’s turned his hobby into a career I personally love what I do and I happen to earn a living from it. Everyone with a job of sorts is an essential worker.”

In terms of the responsibility people with large followings have of touting the ‘correct’ line, Debeer said: “We live in a free-ish country so people can do/say whatever they want on Instagram. Promoting the right thing is highly subjective, especially in this new covid era.”

Looking to the future, in Debeer’s opinion, tourism boards should continue to work with bloggers/influencers/media.

“All we need for travel to go nuts in Australia is certainty from the state leaders to not lock us up when they see one local case. Many hotels that are great on their own merits are already crazy busy. Look at the Cable Beach Resort in Broome WA… booked out until October 2021!”

It’s also worth pointing out that the antipodes face a different situation to the US and the UK in a few crucial ways. One is geography and another is the economy.

“‘So let’s copy New Zealand and Australia and put all arrivals in a hotel quarantine,’ cry the Zero Covid fanatics,” The Telegraph recently (sarcastically) wrote.

“It really shouldn’t be necessary to point out that New Zealand is the most isolated major country on Earth, lying more than 1,000 miles from its nearest neighbour: isolated Australia. It has a population under 5m, where ours is 66m (Australia’s is 25m). Both countries closed their borders before Covid was widespread; even if we shut ours back in March 2020, it would probably have been far too late. And our economies are very different.”

“We might be an island, but we also have one of the most globalised economies in the world,” Matthew Lynn told The Telegraph. “Australia’s biggest export is iron ore. New Zealand’s biggest is concentrated milk. The UK, however, is very different.”

“We have the City, which depends on deal-makers flying into and out of the country every day. We are home to some of the world’s most global, connected companies, from Unilever, to Shell to GlaxoSmithKline and HSBC. We have 10,000 trucks a day moving through the ports, delivering goods around the country.”

“We are the home of the Premier League, the world’s most popular, and lucrative, sporting tournament, with its galaxy of international stars. We are a hub for global film-making, with Netflix and Disney + opening up expensive studios in the Home Counties.”

“From professional services, to tech start-ups, to banking, engineering and finance, the British economy depends uniquely on the free flow of ideas and people. Some of that can be done on Zoom, but not much.”