The fans have clear favourites. 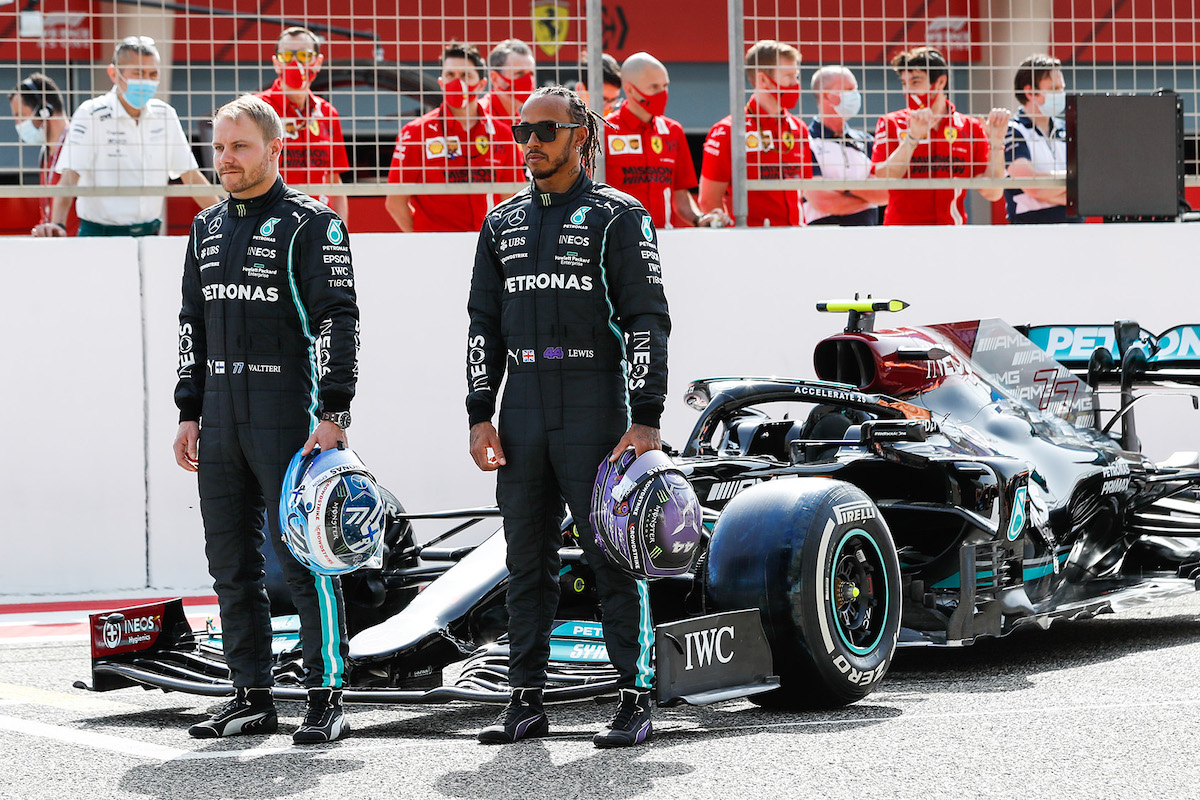 While in theory Formula One is a team sport, in reality, it’s all about the drivers. The fact that only 20 can compete in motorsport’s premier competition naturally means a huge amount of attention is focused on the drivers: their driving styles, their personalities, their rivalries…

The inter-team battles as well as internal team dramas are what makes the sport so interesting. Drivers aren’t just competing against the other teams but also their teammates, which are arguably the most fierce and most compelling conflicts.

But the fiercest battle between teammates might not be on the track – rather, it might be on social media. Last night, the official F1 Instagram ran a series of polls, asking fans who their favourite driver in each of the 10 teams competing in 2021 is. The results were consistently emphatic – a clear winner emerging from each team – as well as being, quite frankly, brutal.

Generally speaking, most teams (either officially or unofficially) will have a #1 or #2 driver. Usually, it’s a case of seniority – for example, it’s not surprising that Kimi Räikkönen is considered Alfa Romeo’s #1 driver, as the 41-year-old has won 21 Grands Prix, compared to his 27-year-old teammate Antonio Giovinazzi, who hasn’t won any. 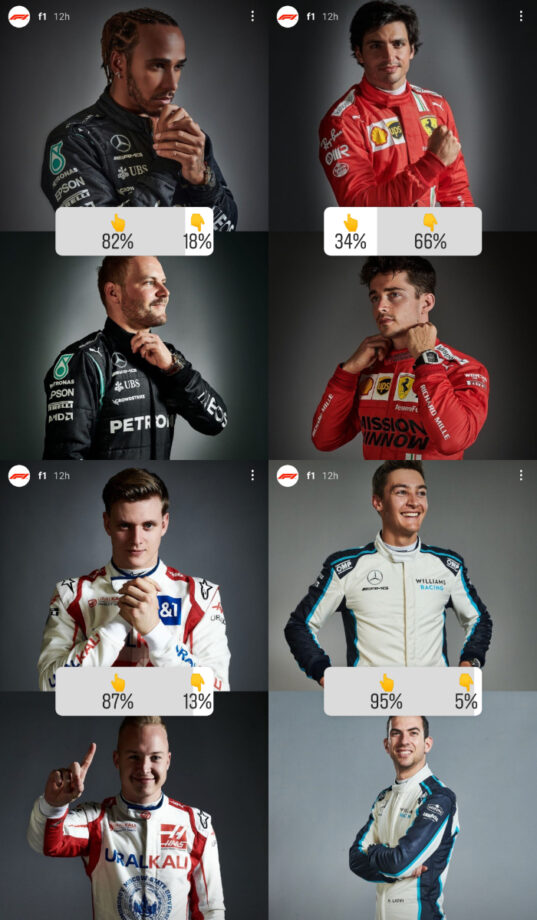 The Instagram polls for Mercedes, Ferrari, Haas and Williams. Williams’ poll had the broadest margin, whereas Ferrari’s had the narrowest (but still returned a clear favourite).

But there were some outliers that can’t be explained just by seniority or points won. For example, Pierre Gasly beat out Yuki Tsunoda in AlphaTauri’s popularity contest – but 2021 is Tsunoda’s first year in F1, so fans haven’t had the chance to get to know him properly yet.

Both of Haas’ 2021 drivers are new to F1 this year, but there was still a clear result. Mick Schumacher beat Nikita Mazepin by a huge margin – Mick’s popularity no doubt fuelled by fans’ love for his father, the legendary Michael Schumacher.

The closest battle was between Ferrari’s two young drivers, Charles Leclerc and Carlos Sainz Jr. Leclerc is three years younger than Sainz, yet still won convincingly – perhaps because he’s won more points and podiums than Sainz, and has already spent a year with Ferrari. It was a similar situation for Red Bull: Sergio Perez has seven years on Max Verstappen, but Verstappen’s won many more points and podiums.

The most devastating difference was with Williams’ poll, with virtually all fans voting for George Russell. That must hurt for Nicolas Latifi… But it’s understandable. Russell not only has more of a personality (ooft), but unlike Latifi, Russell’s actually scored some points during his in F1. Latifi hasn’t.

Ah well. This season will give drivers plenty of opportunities to reverse their fortunes in the popularity stakes.

The 2021 Formula One World Championship will kick off with the Bahrain Grand Prix this weekend, with the Australian Grand Prix (which normally opens up the season) being pushed back tentatively to November. Pre-season testing wrapped up last week in Bahrain: a departure from the norm, as pre-season testing is usually done in Barcelona.