‘Do I Give Her My Seat?’: Man’s Business Class Dilemma Sparks Age-Old Debate

What would you do? 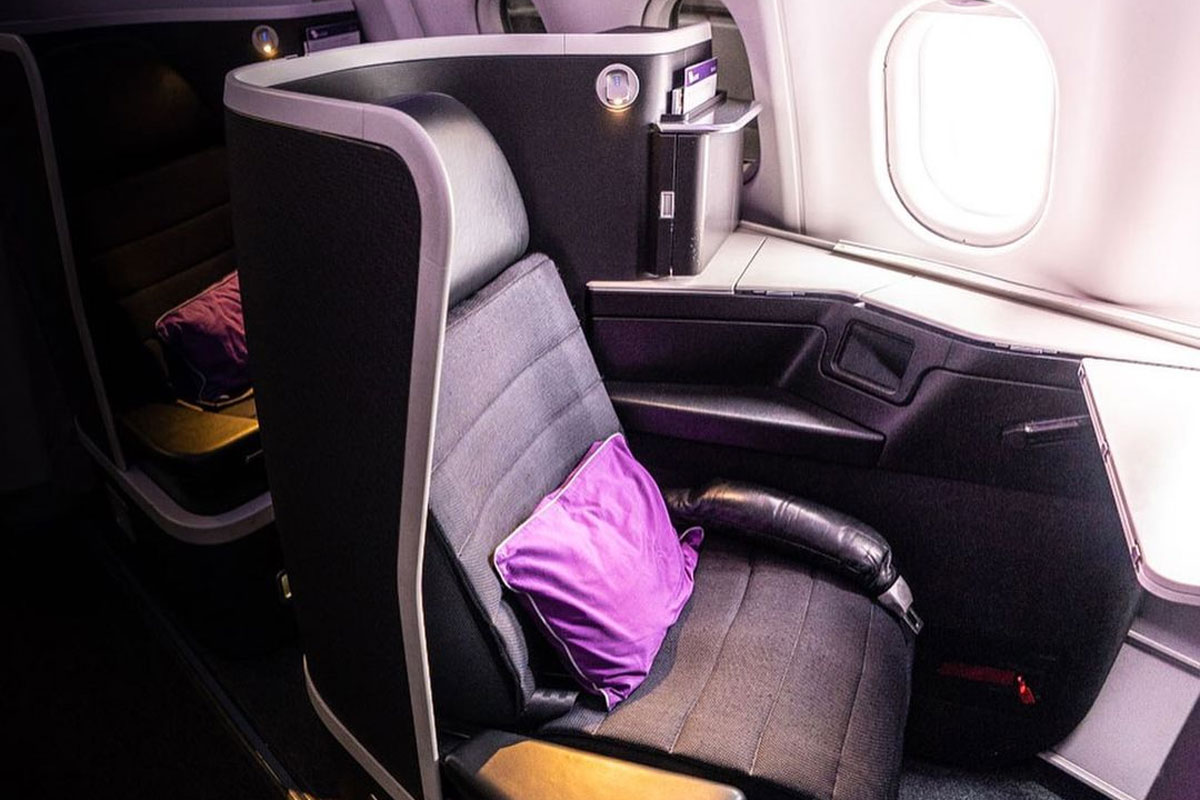 Eating all the dessert. Nettflix cheating. Forgetting to reply to their Whatsapp messages then tagging them in a meme like nothing has happened. There are a lot of things you probably shouldn’t do in a relationship but do anyway.

Then there are some more clear cut examples where generosity is generally agreed to be the correct choice… or so you might think. Enter: one Perth-based business class passenger’s moral dilemma, which last week split the internet harder than Rutherford split the atom.

Immanuel Debeer, the founder of Flight Hacks and full-time first-class connoisseur, took to Instagram last Friday with a conundrum for his 108k followers: should I sacrifice myself to cattle class or keep my business class seat and leave my wife languishing in economy?

“Looks like wifey’s upgrade is not going to clear. Do I give her my business seat or send her down the back?”

The response was not as clear cut as you might think. 40% of Immanuel’s followers (at the time of writing) recommended dropping a bomb on the marriage (“suffer in economy”), whilst 60% said “give the seat.”

Update – Immanuel responded: “Hahah yes she got my seat.”

This is not the first time a business class passenger has faced such a dilemma. A Reddit thread posted into the r/AskMen community two years ago shows a very similar enquiry.

“If you’re upgraded to first class or business class on a flight but your partner is not, what would you do?” the thread is entitled.

“Read an article today about how a guy who was on his honeymoon took the upgrade while his wife sat in economy. They were returning from their honeymoon.”

“Some of the comments on the website said that she was just testing him. She told him it was fine when he was taking the upgrade, but later on when they got back she kept bringing it up.”

“What would you do in this kind of situation?”

Comments ranged from: “I’d stay with her – much better company than whoever is in first class” to “pay for the other upgrade and split the cost.”

RELATED: How My First Ever Business Class Trip Ruined Me For Life

There was also a long winded tale in which one member of the community wrote: “Oh this happened to me. Got upgraded from Premium Economy to Business at the gate, then Business to First on the plane.”

“I don’t think this can happen very often as they only seem to bump solo travellers and I was on a separate booking to her.”

“Obviously I took the upgrade.”

“I offered to switch with her but she (not entirely graciously) told me to keep it. I brought her some of the little perks that you get as I don’t use them and just enjoyed myself. It was great fun, the cabin crew obviously knew I didn’t fly first (though I fly business once a year) and made a big fuss over me that they wouldn’t have made for her. I got sloshed on champagne, chatted them up and then managed to get them to upgrade my wife when the plane landed to let people off.”

“I wouldn’t be pissy if the reverse happened (and she gets bumped a lot) and she’s gotten over it.”

Not convinced? Us neither.

Finally, one Reddit user put it, we think, quite well: “This is a tough one. If it’s during a honeymoon, I say stay in economy. Not a great way to start off a marriage. If you’ve been together for years, I don’t know. I’d definitely be tempted and so would my husband. Not sure if either of us would do it but if one of us did, oh man we would owe the other serious favors for ditching them and enjoying a life of luxury.”

By this logic it looks like Immanuel, who has seen the pointy end of a plane more times than a Byron Bay yuppie has seen the bottom of a Macadamia flat white, has his hands tied. He’s seen enough luxury already, surely?

It also goes to show: flying flat, as we have reported on numerous occasions, can be almost as fraught as debating the pros and cons of chivalry…