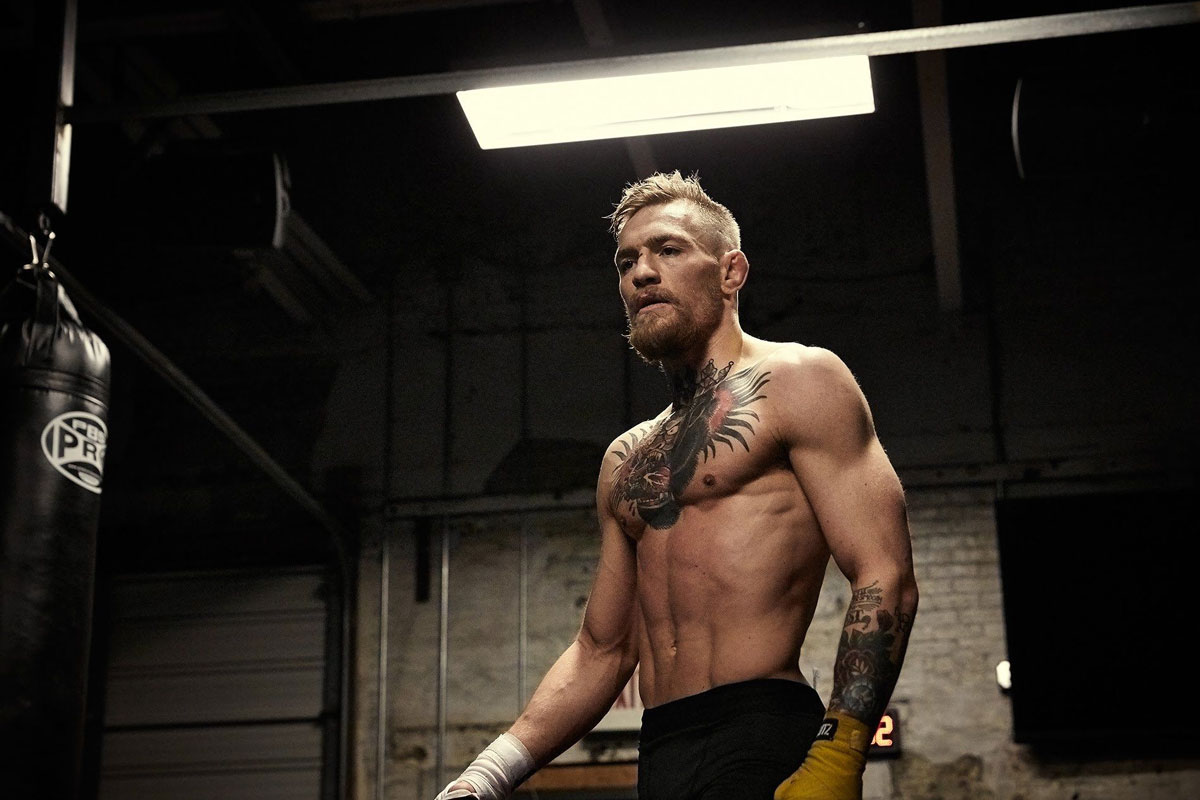 Conor McGregor’s known for three things: being one of the most accomplished mixed martial artists alive today, trash talk, and lavish spending.

With an estimated net worth of over $120 million, the self-proclaimed ‘face of the fight game’ and whiskey-brewing entrepreneur is hardly short on scratch. From mind-blowing shopping trips in Dubai to jetski adventures in Ireland, the 32-year-old brawler loves to splash his cash.

Turns out his lavish taste also permeates his training routine. A few hours ago, ‘The Notorious’ shared a photo on his Instagram Story showing off the contents of his gym bag – and it’s just as outrageous as you might expect.

Instead of regular workout shoes, he has a pair of $1,900 Louis Vuitton V.N.R. trainers. A Fitbit? Forget it. Try a $70,000 Rolex Day-Date (ref. 128348RBR). Hilariously, he even has a bottle of Italian sparkling water instead of your usual water bottle or Gatorade – and of course, he’s carrying it all around in a ‘McGregor Fast’ duffle bag, advertising his signature training program of the same name. 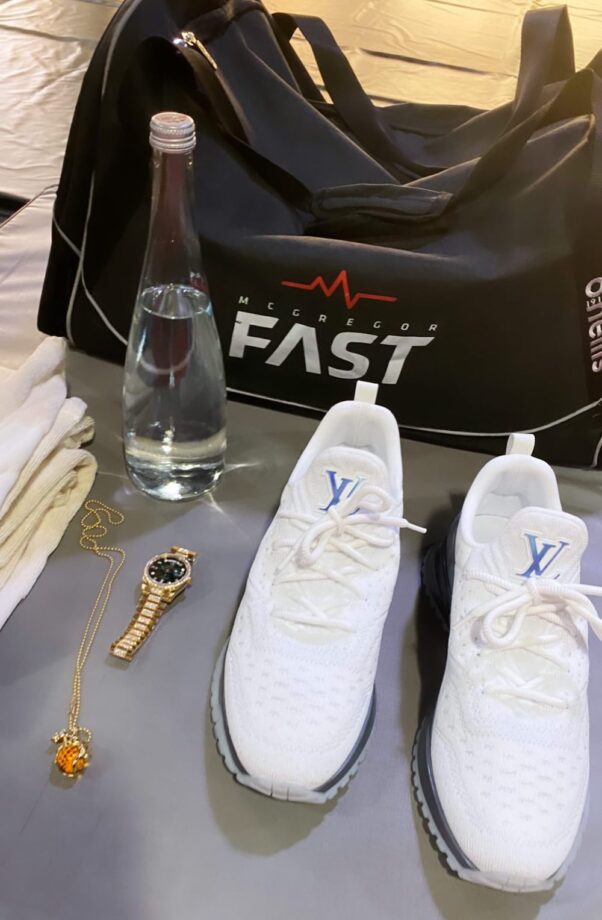 It’s very similar to a Day-Date legendary rapper Tupac Shakur was known to rock on occasion. McGregor himself even acknowledged that connection with an Instagram post back in Feburary, when he originally picked up the extravagant watch.

McGregor’s courted controversy over the last few days after he’s made gloating comments in response to news his rival, Russian MMA champ Khabib Nurmagomedov, may be retiring from the sport, MMA Mania reports.

“Happy retirement kid, smell ya later. Never forget who came in the game and made ye. Straight from my big Irish balls. Remember folks, if you hate cutting weight so much, all you have to do is move up a division.”

Say what you really feel, why don’t you.