“Goodbye love of my life.” 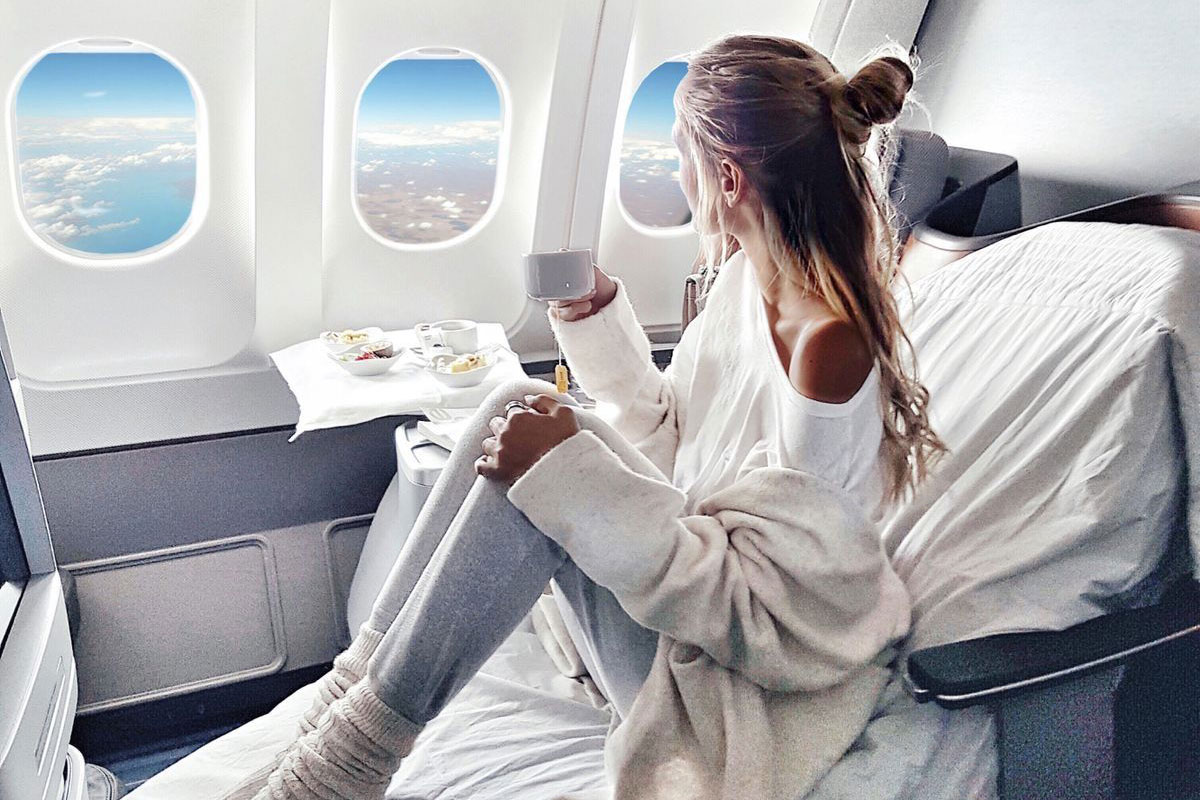 Where else but a plane could you wake up with butterflies in your stomach and a stranger’s head on your shoulder?

According to an HSBC study, 1 in 50 people fall in love on a flight. That means, during the average flight, two couples meet and fall in love.

Whether or not you believe those dramatic findings from one single study can be perfectly extrapolated out to the world’s 8 billion people, the fact remains – there is a romance to up-in-the-air encounters that is anecdotally proved time and time again.

Enter: the following video, first posted to TikTok by user Allieschnacky, then reposted to Instagram by Reel aggregator @mooditrend.

The video shows a tale as old as air travel itself (and a tragic side to ‘airplane love’ the upbeat studies of the world forget to mention): two strangers getting giddy for each other on a flight, then never seeing each other again.

Captioned, “Why is there so much tension between you and someone your age on the plane,” the video was actually picked up by the object of Allieschnacky’s attention (@nburge05), after he saw it blow up online. He turned into a duet.

However, despite Internet commenters’ furious desire for this “modern day cinderella kinda stuff” to succeed (The Washington Post even commented “When does this movie come out?”) it remains to be seen what has come of their TikTok jousting.

@nburge05 wrote: “only time will tell friends. I’m here for it tho.”

TikTok users quickly chimed in though telling him “bruh she has a bf.”

These two people are far from the first two passengers to find something special up in the air. CNN Travel reported in February on one couple who met on a plane, got married after two years and are still together 16 years on. Their story is a complete work of fate, since Mafalda Feliciano wasn’t meant to be on the flight she found her husband-to-be on. Her original flight was overbooked, so she was bumped to another, flying from Brazil to Egypt, via London.

As CNN Travel reports, “After they lost their original seats, Feliciano ended up on her own [separated from her sister and brother-in-law], in the middle of a row, between two strangers.”

“She had no intention of making conversation with the passengers on either side of her.”

“About two hours into the journey, bored of napping, Feliciano went to turn on the inflight entertainment. She reached for what she thought was her remote, built into the armrest, and hit the on-button.”

“It was the wrong remote. She’d accidentally turned off the screen belonging to the guy in the window seat next to her.”

“He was like, ‘Excuse me, but I was watching a movie and you just stopped my movie’. Embarrassed, Feliciano apologised, ‘Oh I’m sorry, sir,’ she said.”

“Laughing at the formality of her apology, he replied, ‘I haven’t been knighted by the Queen.”

Numerous Twitter users have picked up on the remarkable tension that can develop between travellers too.

The reason for this tension? The fact there is nothing pre-planned about the encounter, you have something immediately in common, and the fact you are likely never going to see each other again all contribute to lending the eyes across the aisle more mystique than they might otherwise deserve.

Yet another reason for the world’s Lost In Love to pray for the success of vaccine passports, the opening of borders, and a resumption of normal flight patterns…