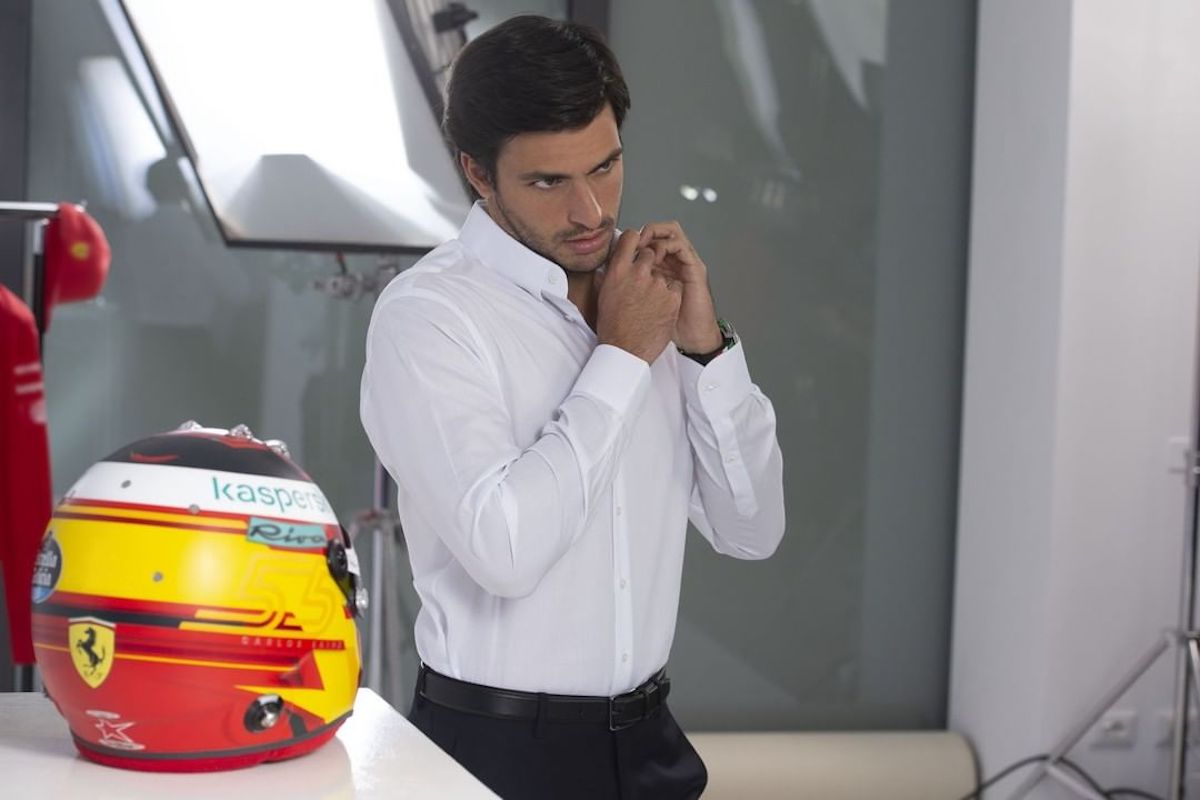 Formula One has always been a particularly stylish sport, but it seems that Ferrari’s keen to up the ante.

Incorporating sportswear technologies from his Emporio Armani line, the legendary designer has crafted a bold yet functional navy blue collection of clothes for the F1 team, dark blue being a colour traditionally associated with Italian sporting livery.

This comes off the back of rival F1 constructor McLaren’s recent collaboration with LA-based luxury streetwear label Rhude, which sent waves throughout both the sport and the fashion world. They’re clearly keen to show that McLaren’s not the only stylish outfit in F1 – but it’s also part of a push by Ferrari to refocus their brand’s image.

Ferrari isn’t just a car maker or an F1 team but a fully-fledged luxury brand – one of the world’s most iconic luxury brands, too. But their exclusive image has been diluted in recent years by selling too much merchandise for too cheap a price. As Ferrari Chief Executive Louis Camilleri told Business of Fashion, Ferrari’s “current offerings are too stretched and are in danger of diluting our very precious brand equity.”

Partnering up with Armani is part of a broader push by the Prancing Horse to rationalise their merchandising options and restore some of the glory to their name. As a bonus, it’ll have their F1 team looking stylish as hell, too. Leclerc and Sainz must be pretty happy.

Ferrari and Armani’s new relationship, much like Italian watch manufacturer Panerai’s partnership with the Prada Linea Rossa America’s Cup team, speaks to a growing trend of patriotic collaborations between Italian luxury brands. Armani himself puts it this way:

“Today, more than ever, we need to find a way to promote Italian excellence in a dialogue between different areas and disciplines. Ferrari is recognised around the world as a symbol of Italy and I am proud of this collaboration. I have come up with an elegant wardrobe for the drivers, which is suitable for their travels in the hope that we can all be on the move again soon and that, all together, we are ready for our country’s recovery.”

This week has also seen Scuderia Ferrari unveiled a new car, which they’ll use for the next few years. The SF21 is very much an iterative design, with the FIA’s strict regulations shaping Ferrari’s updates.

“This car is the 67th to be built in Maranello to compete in the Formula 1 World Championship and is an evolution of last year’s SF1000, as dictated by the regulations, which require the use of the same chassis as in 2020, thus limiting the opportunities for change in many areas,” Ferrari relates.

“Therefore, the SF21 was developed in all the permitted areas, from the engine, which is completely new, to the aerodynamics and, at the rear end, which is where the two development tokens allowed in the regulations have been used.”

We’ll see Leclerc, Sainz and the SF21 in action at the 2021 Formula One World Championship, which is set to kick off with the Bahrain Grand Prix on the 28th of March.