Jamie Foxx is one of Hollywood’s great tastemakers, which makes his latest automotive pickup particularly interesting.

Rolls-Royce has always been in the business of making extremely extravagant vehicles, but the Cullinan might just be the most unnecessary SUV England’s ever produced. Yet its success among the super-wealthy points to a paradigm shift in the world of high-end motoring. 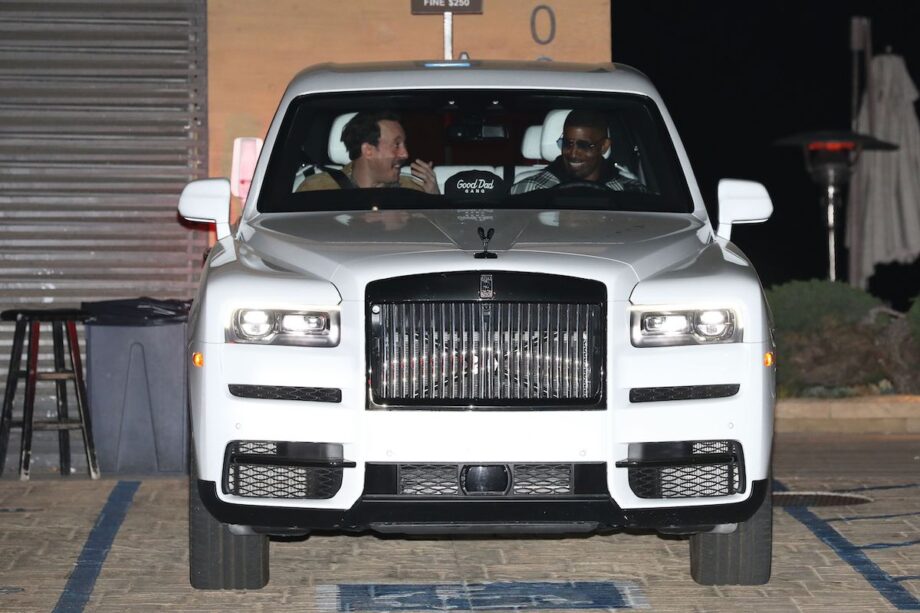 Let’s ignore the fact that he’s parked in a disabled spot. Image: Getty

Let’s hit you with some stats. First introduced in 2018 and named after the largest diamond ever found, the Cullinan is easily the biggest vehicle Rolls-Royce has ever made, weighing in at 2.6 tonnes and measuring 5.3m long, 2.2m wide and 1.8m tall.

The Black Badge nomenclature refers to the high-performance version of the vehicle (Rolls-Royce’s equivalent to Mercedes-Benz’s AMG or BMW’s M divisions): a 441kW, 6.75L V12 twin-turbo petrol engine can propel the huge machine from 0-100km/h in a shockingly fast 5.2 seconds – or about as fast as a Porsche Boxster, despite weighing twice as much.

Its performance is impressive, but as automotive expert Luke O’Neill tells DMARGE, “talking about horsepower is almost irrelevant” when it comes to Rolls-Royces. The bottom line is that it’s an absurdly comfortable car to drive or be driven in – and that leads us to our main point.

Twenty years ago, the ultra-wealthy preferred to drive around in convertibles or high-end sports cars. These days, however, they tend to favour luxurious SUVs – just take Justin Bieber’s Lamborghini Urus or Travis Scott and his Mercedes-Benz G500 Cabriolet.

Some automotive purists consider these luxury/performance SUVs to be somewhat sacrilegious… But their continued popularity proves that money talks, with Foxx’s Cullinan a solid case in point.

Of course, the general public has long been switched on to the virtues of the sports utility vehicle. The once-niche body style saw a dramatic increase in popularity in the late 90s, and has since grown to dominate the global car market – in both Australia and the US, SUV sales account for almost half of all vehicle sales.

One vehicle segment that’s yet to be fully explored by luxury car makers is the luxury crossover SUV… Although we’d rather luxury marques stay in their lane. We still have nightmares about the Aston Martin Cygnet…