John Legend’s a bit of an old soul – soul being the operative term.

The immensely talented singer, multi-instrumentalist, producer and EGOT (i.e. an Emmy, Grammy, Oscar and Tony winner) has been one of the most influential artists in the 21st century’s revival of soul music and old-school R&B.

Not only does he have a classically golden voice – he’d give Frankie Sinatra a run for his money – but he’s also a traditionally classy gent; showing up every man alive in the Valentine’s Day romance stakes and consistently being one of the snappiest-dressing celebrities around.

In short, he’s the essence of old-school cool. Just take this crisp outfit he was spotted strolling the streets of New York in over the weekend. Not only is it a masterclass in how to make lace-up boots and denim look dressy, but it’s also a revival of one of the 1960s most overlooked fashion artefacts: the mohair sweater. 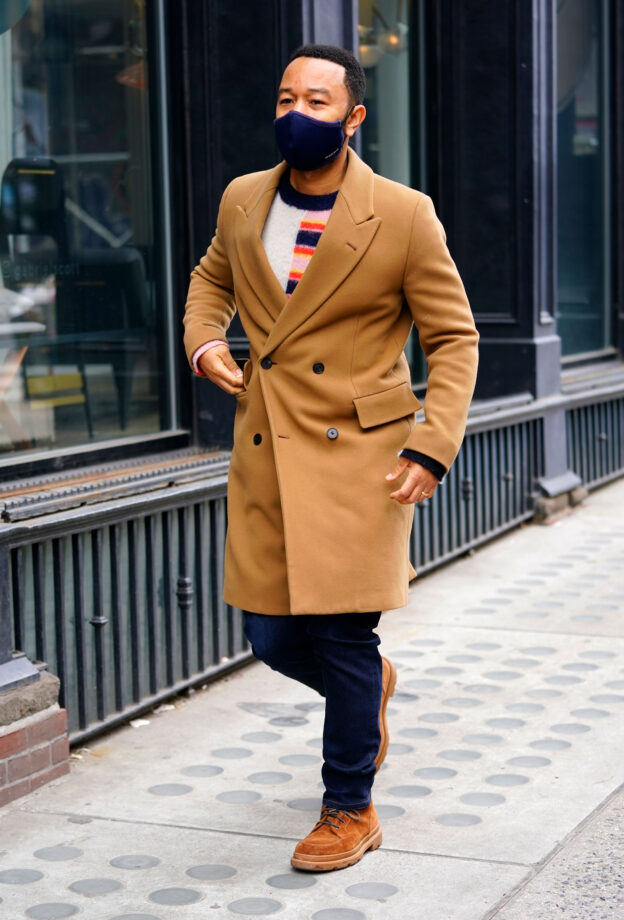 Mohair is a luxury fibre made from the hair of the Angora goat (not to be confused with the Angora rabbit, which produces Angora wool. Confusing, we know.) Very soft, with a distinctive wispy look, it’s often used to make cold weather gear like scarves, beanies and socks thanks to its excellent insulating properties.

Mohair is one of the oldest fibres known to man but the material became particularly popular in the 1960s as a material for suits and sweaters thanks to its natural sheen and ease of dyeing, particularly in England. It also saw a brief revival in the 80s as part of the unofficial uniform of ska fans and skinheads.

Since then, it’s become quite kitsch; the sort of thing your least favourite aunt might wear. A bad mohair sweater can be legendarily bad. Thankfully, Legend’s is quite tasteful, and he pulls it off with aplomb. Just look at that colour coordination, too.

RELATED: The Best Colour Combinations Any Man Can Pull Off