Talk about a carbon footprint… 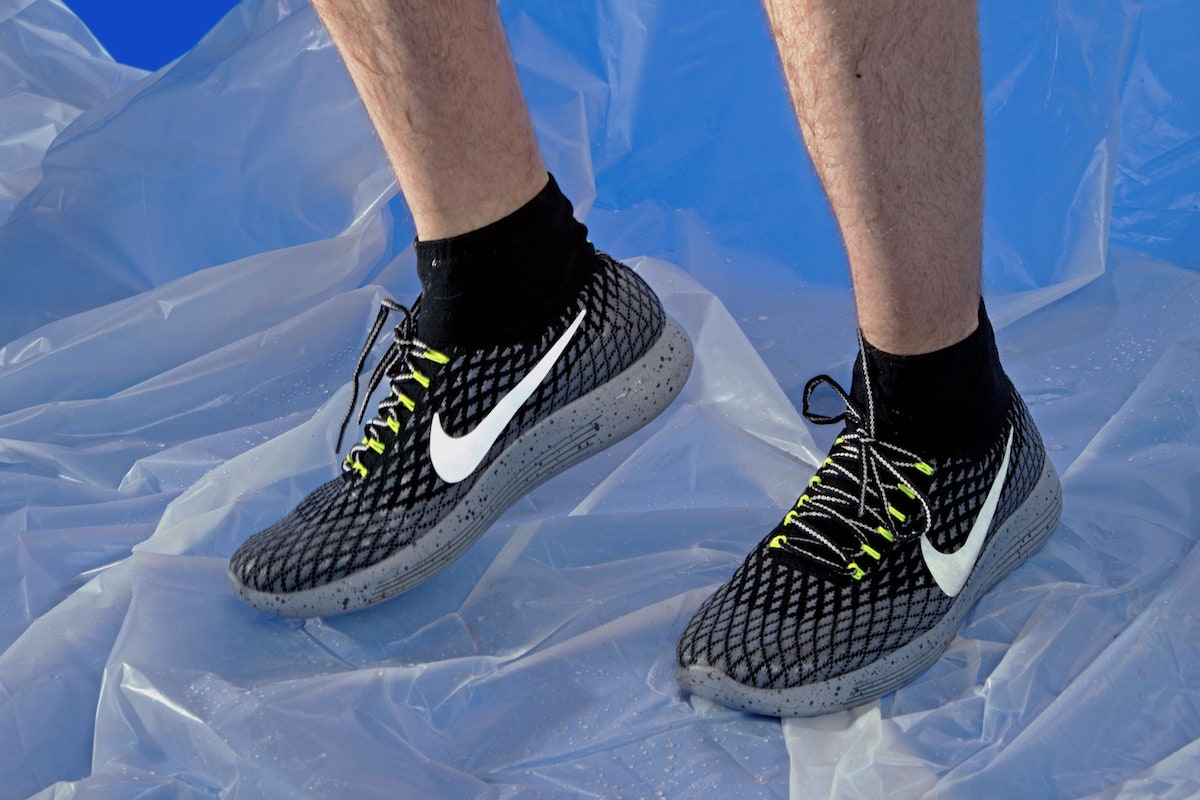 One of the great joys in life is unboxing a new pair of sneakers. That ‘boxfresh’ smell, the indescribable joy of unwrapping the tissue paper and admiring your new shoes… Or maybe that’s just me.

But our society’s growing obsession with sneakers comes at a huge environmental cost. Shoes stand out as one of the most CO2-intensive clothing items to make in the modern man’s wardrobe… And you tend to go through far more shoes than shirts and ties. For athletes, both amateur and professional alike, it’s an even greater concern, thanks to the increased rate of turnover.

Juney Lee, a lecturer, designer, researcher and passionate runner – who just last year completed the insane challenge of running 100 marathons in 100 days – recently shared a graphic breaking down the amount of plastic some of the running world’s most popular sneakers contain, and shared some salient points about the challenge facing the sportswear industry.

“Globally, almost 24 billion shoes are produced each year, with 90% of them likely discarded within 12 months. That’s almost 22 billion pairs of shoes every year,” he relates.

“With the majority of modern shoes crammed full of petrochemical materials, it can take thousands and thousands of years for some soles to decompose. This impact on the planet will outlast our own existence. Our society’s dependence on plastic and oil is an ecological catastrophe, and the running shoe industry is no exception.”

Sneakers are a particularly difficult problem as they “can hardly be made without any plastic,” Lee explains.

“Ethylene-vinyl acetate (EVA) and thermoplastic polyurethane (TPU), for example, which are in almost every running shoe, cannot be produced without crude oil. Although these types of foams are light and cushion well, they are not biodegradable and require energy-intensive and highly polluting processes to manufacture.”

Lee also shares that recent MIT research calculates that making of a single pair of running shoes produces anywhere between 11.3 and 16.7kg of CO2, which is a lot for a non-electronic product. For comparison, that’s about as much CO2 as you’d generate driving from Sydney to Wollongong, according to Australian government vehicle emissions data.

Of course, that’s just the impact of the manufacturing process: shipping, packaging, advertising and storing running shoes add to a pair of shoes’ carbon footprint. (See what we did there?) But change is on the horizon.

“Manufacturers of running shoes are focusing more and more on environmentally friendly materials and production processes, even though it is not yet possible to do without plastics entirely,” Lee optimistically concludes. And it’s not just the little players: both up-and-coming brands, as well as the big sportswear giants, are pushing the envelope when it comes to sustainability. 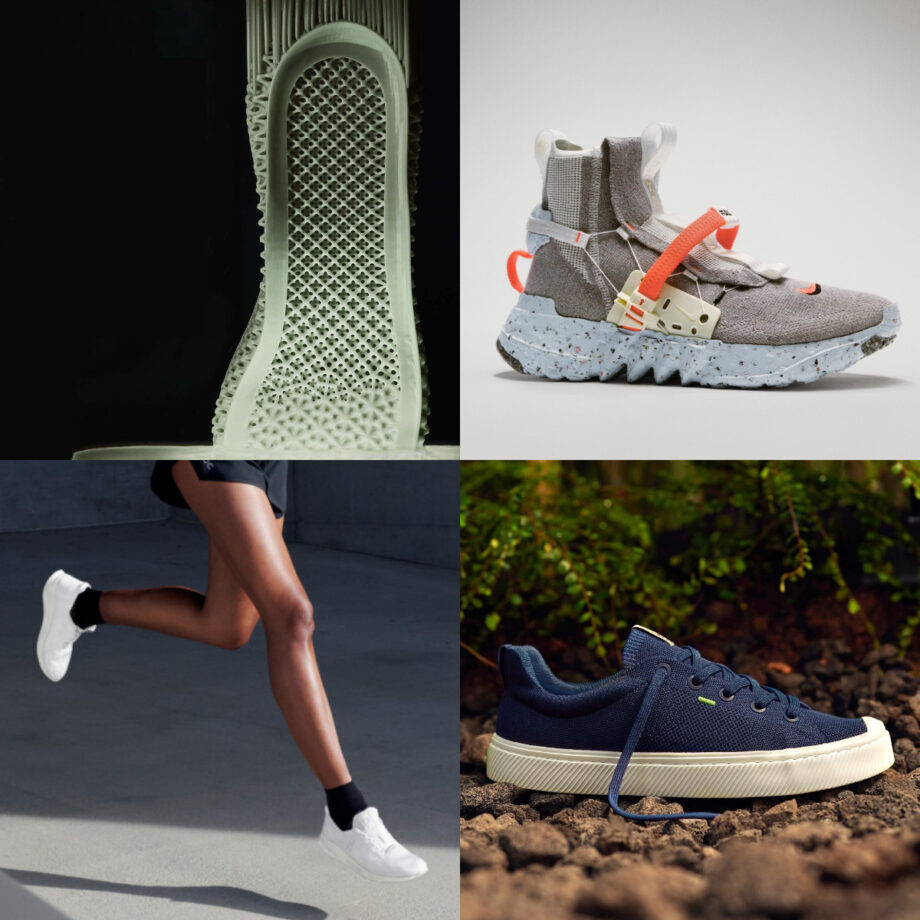 Adidas has worked with American 3D printing firm Carbon to produce what they call ‘4D’ technology. These 3D-printed midsoles, besides looking amazing, use less plastic than a traditional running shoe midsole while providing a comparable level of support. The novel ‘printing’ process also allows Adidas to customise their construction to suit an athlete’s specific needs – bringing bespoke sportswear to a whole new level.

Nike has also made great strides when it comes to introducing sustainable practices into its product lines: as of 2018, 75% of all Nike shoes and apparel now contain some recycled material, and all of its North American facilities are powered by 100% renewable energy. Last year, they introduced their most sustainable trainers yet in the Space Hippie collection, which contain as much as 50% recycled material while providing a glimpse at the future of footwear design.

RELATED: From Ugly To Awesome: Nike’s ‘Pandemic Proof’ Sneaker Is A Touch Of Genius

Swiss brand On Running recently made waves when they introduced their Cyclon trainer, which they bill as “the sneaker you’ll never own”. Entirely made from bioplastics and 100% recyclable, the Cyclons are only available via a subscription service: for a monthly fee, you get sent a new pair of Cyclons, which you can run the shit out of, then return them to On Running and get a new pair back. On Running then take your old pair and recycle them into new runners. Experimental, forward-thinking stuff.

Another leader in the space is Brazilian brand Cariuma. Almost more of a social enterprise rather than a shoe brand, all of Cariuma’s styles use sustainable materials like mamona oil and recycled PET instead of petroleum; have carbon-neutral shipping and packaging; and they plant two trees in the Amazon rainforest for every pair of shoes they sell. Other clever business practices include selling single shoes instead of a pair to skaters who’ve worn through just one of their shoes.

It’s businesses like these that give us some hope for the future. Fingers crossed more and more of these innovations become the norm – if only to make us feel less guilty when we unbox a new pair of shoes.