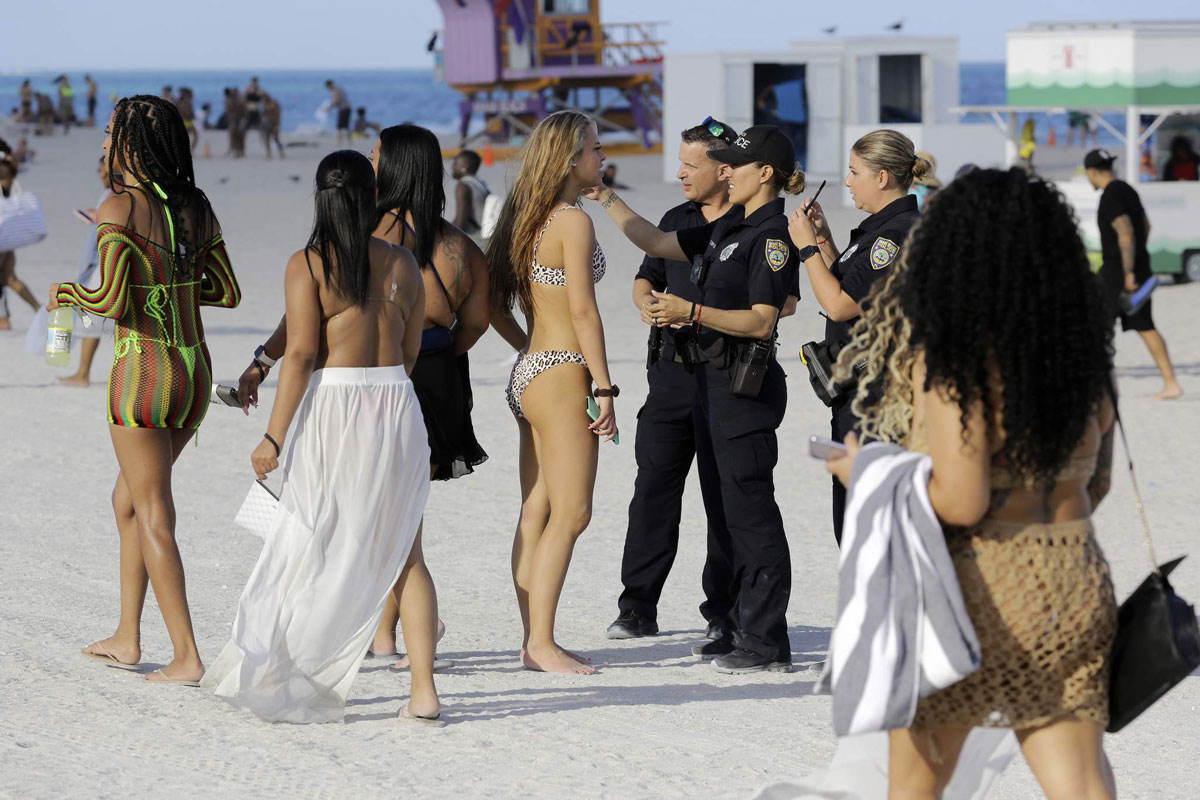 You know it’s been a big party when the SWAT team gets called.

Taking Spring Break scenes to wild new heights, the Miami Beach Police reportedly fired pepper balls into crowds of revellers and arrested at least 12 people on Saturday, and have arrested 50 since Friday.

Miami Beach Mayor Dan Gelber had declared a state of emergency and set an 8 p.m. curfew in response to the spiralling partying, saying the crowds that had descended on Miami were too much.

#YourMBPD is working hard to keep our community safe. Since Friday, we have made over 50 arrests and confiscated 8 firearms. We’d like to thank all of our partner law enforcement agencies for their efforts and support. #MBPDprotecting #CollaborationIsKey pic.twitter.com/Vrg9mOFcOy

“Too many are coming, really, without the intention of following the rules, and the result has been a level of chaos and disorder that is just something more than we can endure,” Gelber told CNN.

News.com.au reports, citing The Daily Beast, which had a reporter on the ground, that, “Even as special weapons and tactics teams rolled in to block the streets and used piercing sound cannons to try to clear the completely packed streets, the parties continue to rage for hours.”

Tweets on Sunday pay testament to that.

BREAKING NEWS: Due to overwhelming spring break crowds, the city of Miami Beach will impose an 8 p.m. curfew in the South Beach entertainment district and block most eastbound traffic entering the city after 10 p.m., beginning Saturday.
https://t.co/HYladHMMFW

These scenes come as Florida opens up to tourists after a year of lockdowns and restrictions around the country.

Governor Ron DeSantis has called the state an “oasis of freedom” during the pandemic and now the influx of pent up party goers has led to what Mayor Gelber told CNN feels like “a rock concert, wall-to-wall people over blocks and blocks.”

Though some have taken issue with reporting of the scenes…

Tell us more about misinformation. pic.twitter.com/mpn7mjIjHA

…the fact remains that crowds were indeed there.

…Others around the rest of the country were not impressed.

Larger than expected?? Come on. This was sooooo predictable. I’m so sick and tired of being a good community citizen, wearing my masks, keeping socially distant, just so selfish people can go out and play and local governments allowing it. Total bullshit.

The next big question is how things are going to work in summer, as one Twitter user pointed out…

they declared a state of emergency at miami beach for spring break, how do y’all think the summer is gonna go? lol

Maybe Europe has the answer (see: here and here)?