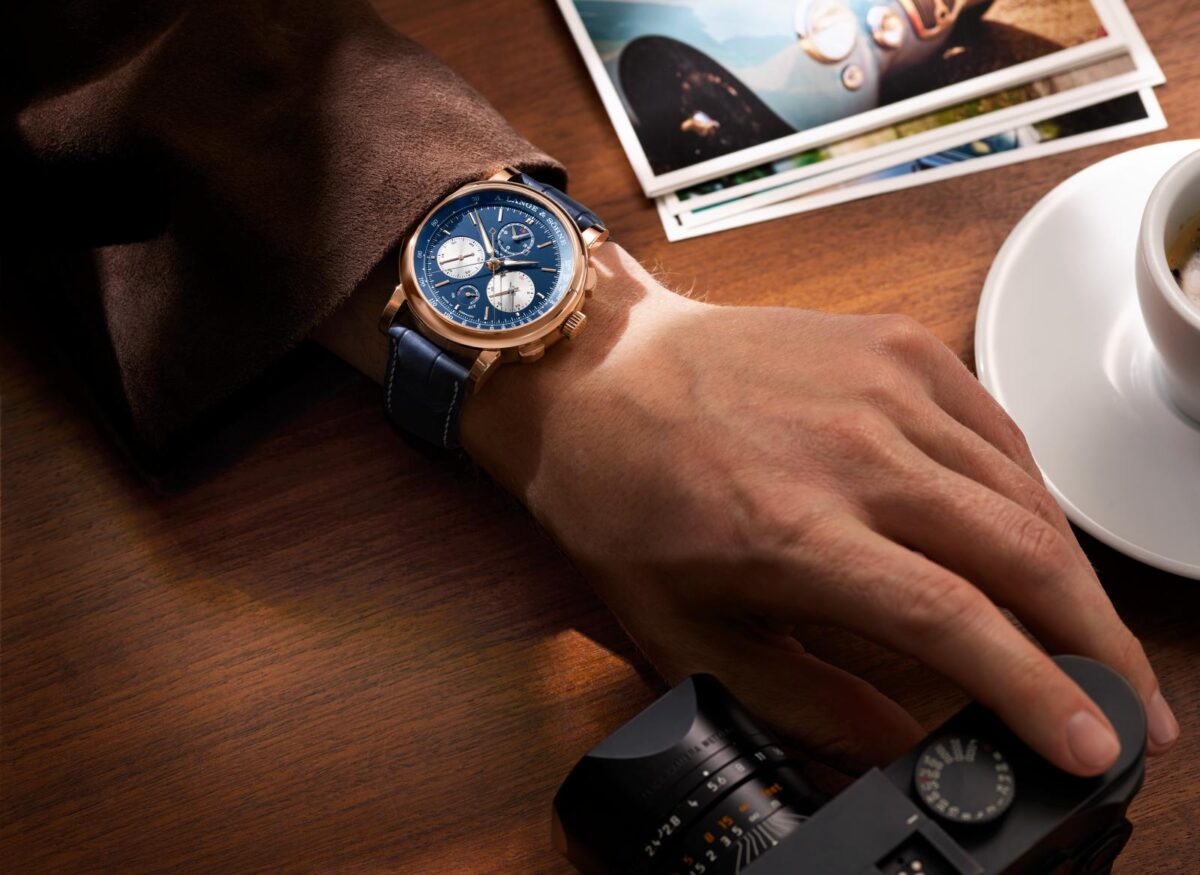 A. Lange & Söhne is one of the most unique watchmakers on the planet. Founded by Ferdinand Adolph Lange in Glashütte, Germany in 1845, the highly prestigious firm has a long history of producing some of the most refined, complicated and stylish timepieces in horological history.

Watches & Wonders, the industry’s most important trade show, used to be quite a monumental affair for the brand – quite literally. Lange would construct an almost 5m tall model of a single watch right in the middle of their booth as an emphatic and dramatic way of unveiling new models. W&W 2021 might have been a mostly virtual affair this year, but that didn’t stop Lange from making some monumental releases. Not at all.

The key Lange release from this year’s show was a new version of their groundbreaking Triple Split chronograph. First released back in 2018, the Triple Split was the world’s first mechanical split-seconds chronograph that allowed for multi-hour comparative time measurements. What does that mean? As way of an example, the Triple Split can compare the times of two opponents in a race, time consecutively starting events or add the times of multi-hour events.

So it might look very fancy (and it is) but it’s also a truly innovative tool: a deeply impressive example of haute horlogerie from a watchmaker where high complications are the norm. No wonder they call it “the ultimate chronograph”. 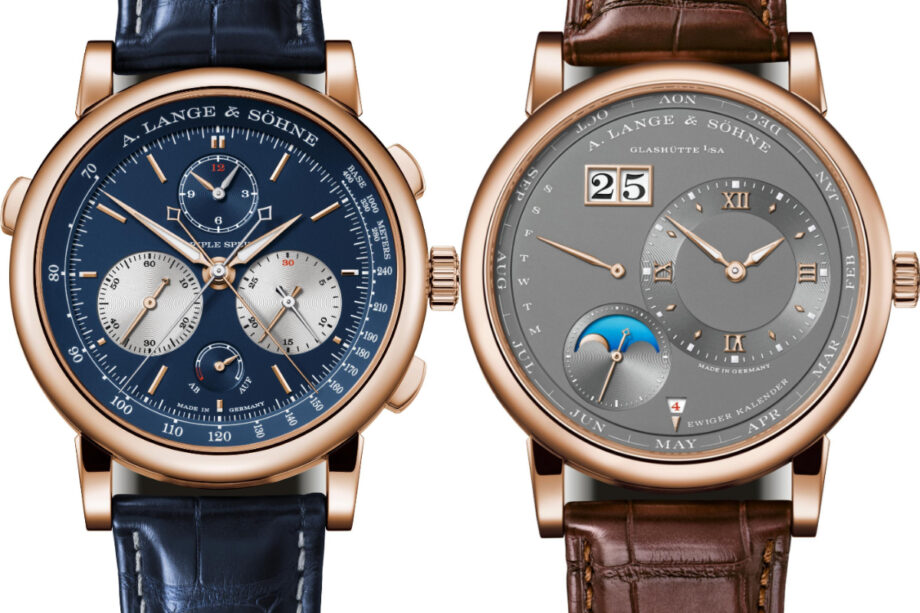 A very technical yet remarkably elegant watch – Lange’s bread and butter, really – it remains an impressive and desirable watch. 2021’s model (ref. 424.037), a limited edition of only 100 pieces, turns things up to 11 with its pink gold and deep blue construction: a truly regal combination that suits the timepiece perfectly. If having a Lange rattrapante wasn’t already a huge statement, having one in blue and gold certainly is.

Fully focused on its eponymous complication, key features include the iconic Lange outsize date, an innovative ring for the month indication at the periphery of the dial, and a moon-phase display that points out whether it is day or night. It’s also a smidge under 42mm in case diameter – a fairly standard size in today’s watch world but a rather small size for Lange (we’re not complaining, however). 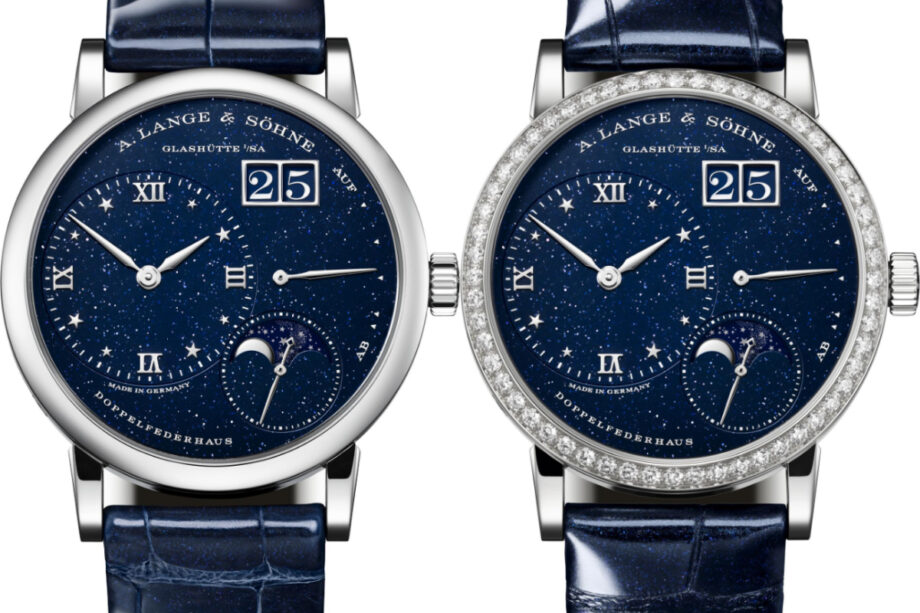 It’s called ‘gold flux’: a solid silver base coated with a transparent medium, through which particles of gold and rhodium are scattered, resembling the night sky and giving the dial a remarkable depth. It’s a stunning effect that Lange have only previously used on much less complicated models, so to see it here on the Little Lange 1 Moon Phase (ref. 182.086) is a real treat.

If a 37mm moon phase piece from Lange with a uniquely beautiful dial wasn’t already enough to have you reach for your wallet, Lange has also released a variant with a diamond-set bezel (ref. 182.886). The 56 brilliant-cut diamonds paired with the deep blue gold flux dial make this more sparkly than the Milky Way on Earth Day.

But which of Lange’s 2021 models to pick? That’s a decision we’ll leave to you…