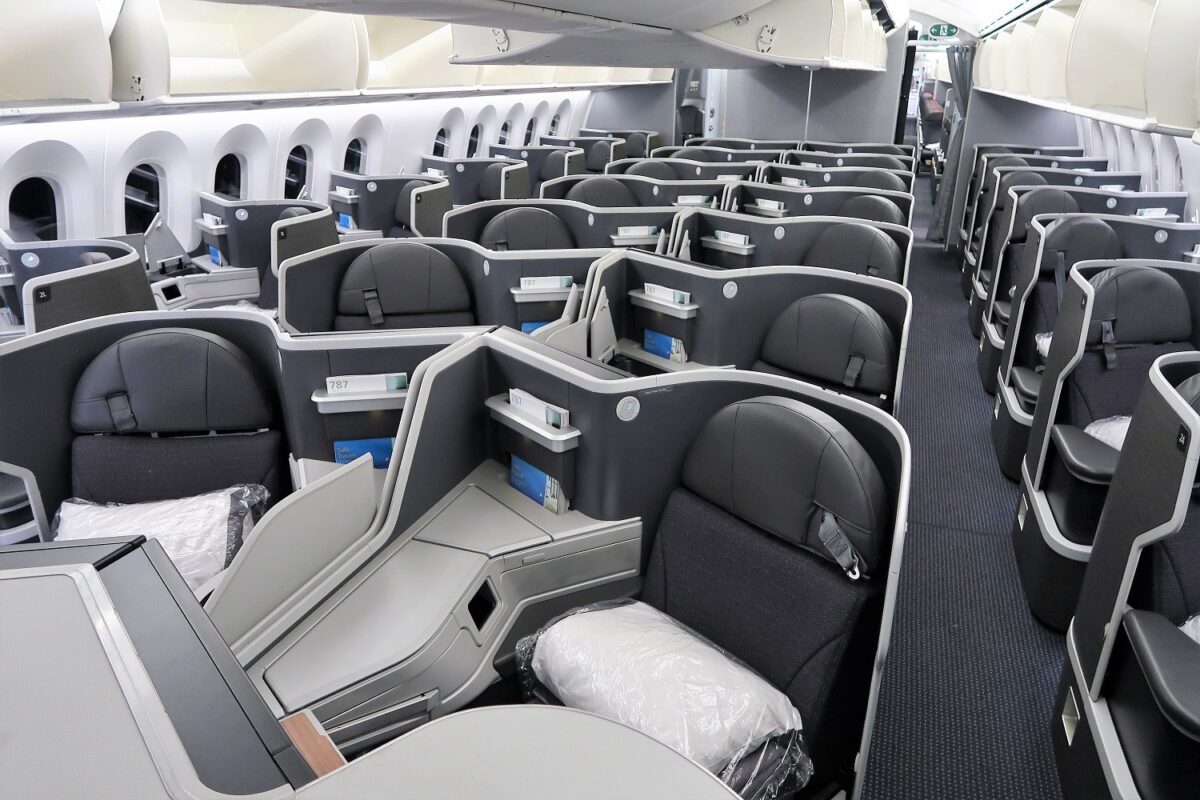 Barely a month passes without some heinous crime being committed in business class. From dumb deplaning scenes invoking calls for pointy end passengers to be “re-educated on how to travel” in December to a Singapore Airlines passenger singing a soap opera about the lack of champagne during the height of COVID in June (much as he sparked an important debate, the optics were not good), in the last 12 months we’ve seen it all.

Bad behaviour (especially when it came to mask-wearing) even saw US airline authorities introduce more wallet slapping fines at the start of 2021, with flight attendants being reportedly sick of “playing babysitter for adults.”

Enter: the following video. Refreshing in a sense, due to it being completely unrelated from the pandemic, but also tired, due to it raising a question exit row passengers have asked since time immemorial, the video shows a man putting his feet up on the bulkhead.

“Acceptable in business class with Qantas, entitled American wanker,” the user who posted the video to Reddit’s r/qantas community captioned the clip.

“This is acceptable. I actively avoid the bulkhead now (when on a plane with old seats), there is less leg room than in regular economy. Qantas stuffed up with their old bulkhead seats. I’m 6′ and have a dodgy back and being able to stretch out prevents me from stabbing the people next to me in the ear.”

It also sheds light on the different expectations Australians have of business class, as our ‘competition lite’ aviation market has led us to be spoiled for quality in recent years when compared to our friends across the pond (even if COVID-cutbacks are now seeing this trend somewhat peter off).

As DMARGE discovered in an Instagram poll last year, putting your feet up on the bulkhead is a polarising issue. 45% of our respondents said it was fine; 55% said “yeah nah.”

“The rule is that you should always have a point of contact with the floor (your heel can be on the floor and your toes rested on the bulkhead).”

“Anything higher is a big no no.”

“The bulkhead is a structural component of the aircraft and not designed for your feet. I think it’s a sign of disrespect to have your feet planted up there. The higher your feet, the more disrespectful.”

“If my seat mate did that I would educate them on etiquette (unless said seat mate looked like he/she could break my neck just by looking at it).”

“In any case the bulkhead is not yours and is not included with the price of your ticket so just leave it alone.”

Lizzie Post, etiquette expert and co-president of The Emily Post Institute told DMARGE putting your feet up on the bulk head is a “big no no,” but that “if you do it, make sure to do it in the least invasive way possible.”

Zarife Hardy, director of the Australian School of Etiquette, speaking to 9Honey Travel said good etiquette is about making people feel comfortable in your presence.

In delicate situations, Hardy said there a few different paths you can go down, with communication key for all of them.

“Talking to your cabin crew privately is a great place to start – do so in the galley, not in front of others.”

“Politely ask them if they know of any other available seats that you may be able to move to.”

She did not say anything about sneakily filming them on your smartphone.