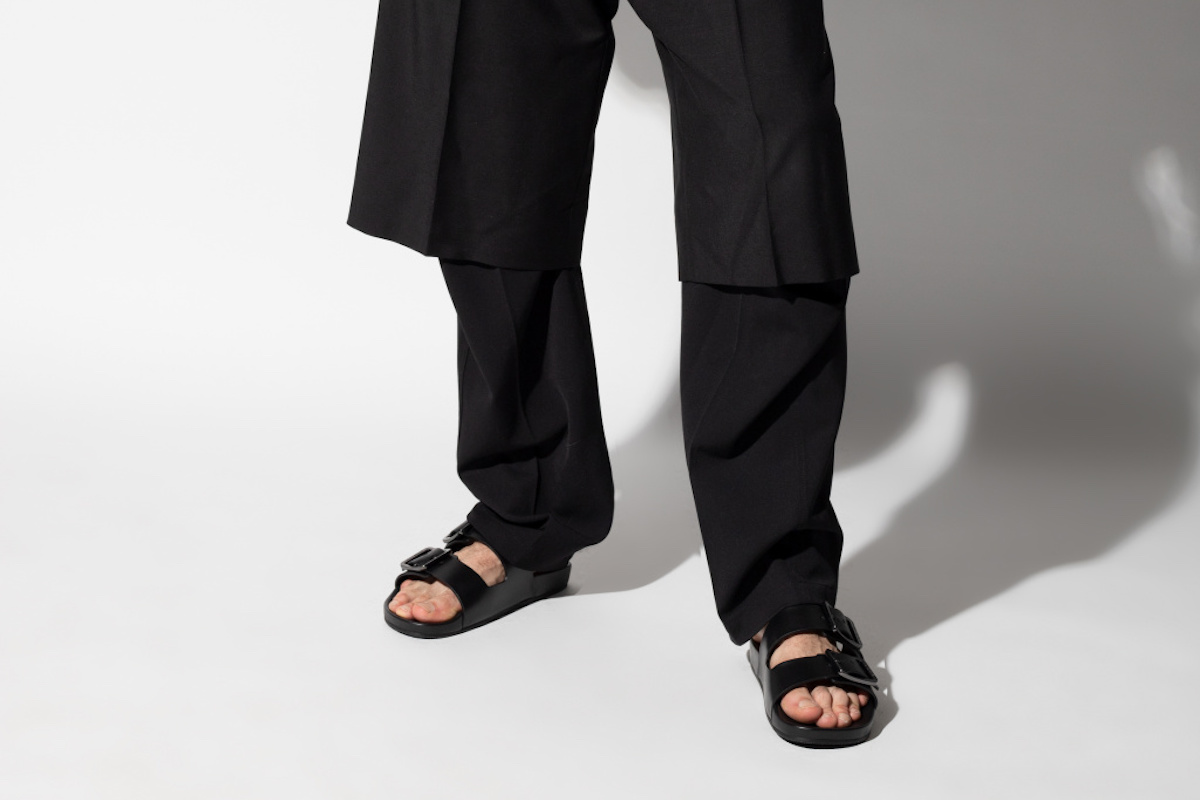 Balenciaga is no stranger to ‘ugly’ shoes… Or courting controversy.

The French fashion house has made a name for itself in recent years for its deliberately kitschy designs. Notably, their Triple S sneaker, a chunky trainer that’s almost a caricature of  ‘dad sneakers’ from the 90s and 00s, inarguably kicked off the craze for ‘ugly’ designer shoes that continues to this day.

They’re also known for flying pretty close to the sun as far as plagiarism is concerned. Their ‘Arena’ tote garnered headlines back in 2017 for its similarity to IKEA’s famous blue FRAKTA shopping bag, despite costing several thousand times as much – although IKEA wasn’t concerned about the cheeky homage. Other instances have been more acrimonious: Balenciaga copped flak last year for ripping off a Vietnamese design student’s Masters project, for example.

Now it seems they’re aping one of the most famous orthopedic shoes at all time – while charging customers a serious premium for the privilege.

To add insult to injury, ‘Birks’, which are commonly associated with hippie culture and considered a rather ‘humble’ footwear choice, can be picked up for as little as a tenth of the price of these Balenciagas on Amazon… Even less if you opt for the vegan leather EVA model, which even further resembles the Mallorcas.

The comparison hasn’t been lost on fashion fans, who weren’t shy about letting their feelings known on Instagram. 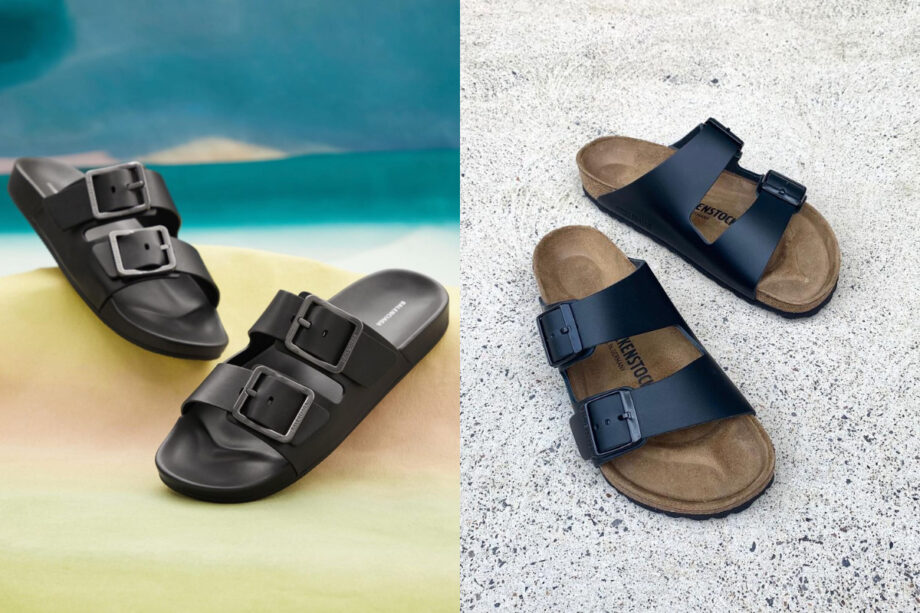 The Balenciaga Mallorcas versus the Birkenstock Arizonas.

Choice comments include “that’s a really expensive Birkenstock”, “how is there not a lawsuit,” and “I’ll stick with the original. This is a direct copy of the best.” Another jokingly musing what you’d call them: “Birkenstockiaga? Balencirkenstock?” But the most pertinent comment might be this last one:

“Birkenstocks are [the] ugliest thing on earth, no matter the brand… fight me!”

A bit unfair on the old Birks, but you get the picture. Sure the Mallorcas might be made entirely out of smooth leather compared to the Arizonas’ tumbled leather, suede and cork, but it’s an uncomfortably close homage, that’s for sure.

Ironically, Balenciaga’s Spanish founder Cristóbal Balenciaga was famous for his distaste of piracy and fought vigorously against rivals who copied his work. The designer, alongside his protégé Hubert de Givenchy, famously caused a stir back in 1957 by deliberately only showing their collections to the fashion press the day before the clothing’s retail delivery date, not the standard four weeks before the industry followed at the time, in order to make a stand against piracy.

On another note, if you’re looking for some crisp Jesus shoes that don’t cost an arm and a leg, check out the DMARGE guide to the best men’s sandals and slides.