Here’s why that could be a good thing… 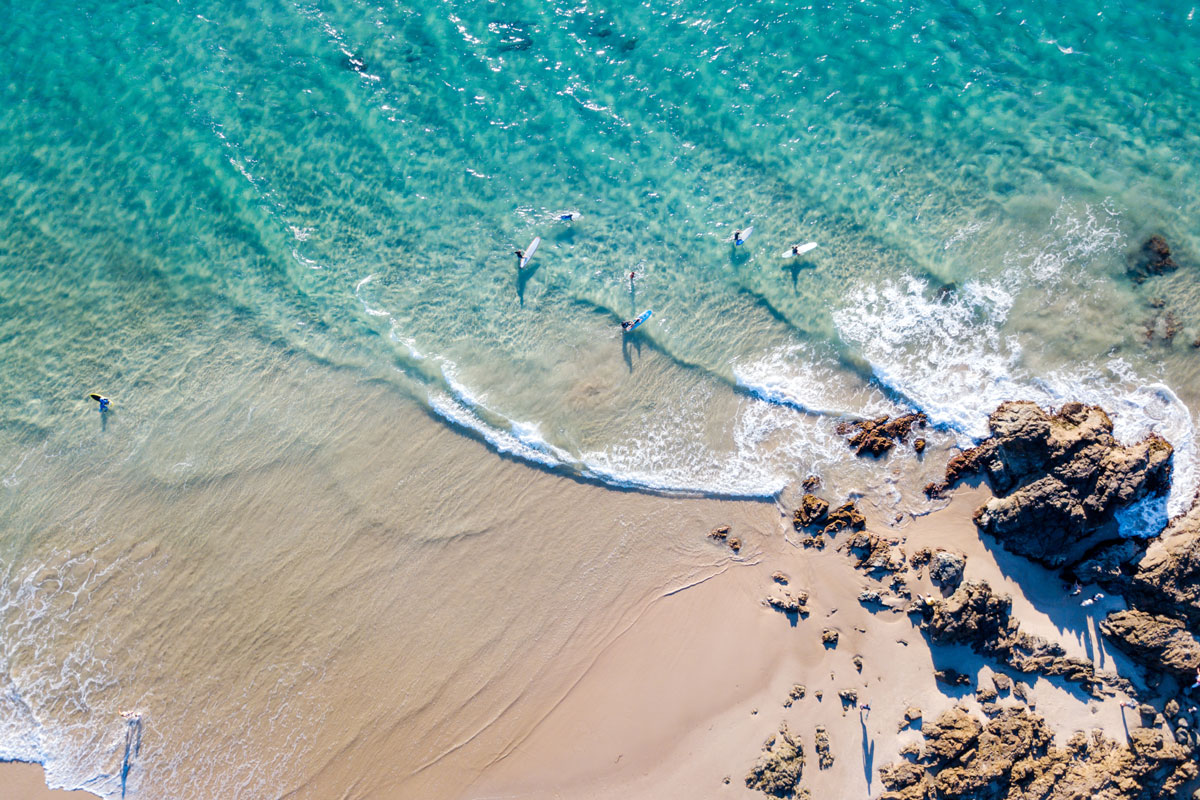 Or so the trope used to go.

In other words: half of Sydney has moved there, bringing their “the LA of Australia” title with them.

A weird mix of La-La Land and Silicon Valley.

Many Byron Bay locals are furious – something they have been mocked for.

As one news.com.au journalist put it: “It always stings when someone with no perspective offers perspective.”

Though this tale of culture eating culture is just one of many in a long historic cycle (and so some of the protests against it reek of hypocrisy), two wrongs still don’t make a right.

Though the Byron Bay ‘hippie’ community (and the rest of non-indigenous Australia) is living on, in a sense, stolen land, that’s no reason not to push back against the ‘Hollywoodisation’ of the Hinterland (also, as Guardian Australia reports, some traditional owners have spoken out against the show too).

Byron Bay is right to protest against the upcoming ‘Byron Baes’ reality show, then, right?

We reckon ‘Byron Baes’ may be the best thing that could have happened to Byron.

Not only could it unite the town against an exterior force (and broaden a long-overdue conversation), but it could also make Byron Bay a less popular place to visit.

Think about it: a huge component of the town’s allure is in its authentic ~chilled~ vibe. So anything that shatters public perception of that is a gold mine. It’s not like Byron Bay was a secret tourists didn’t know about. The problem was that it was too cool. Byron Baes, if it really is the cringe ‘Geordie Shore / Jersey Shore baby’ many people are expecting, could fix that.

The only risk we can see is that it attracts more influencers and investment (which, we suppose, would be what the local community is protesting against). It’s also fair enough, to a degree, they are worried the town will be inaccurately portrayed (it’s like Kendall Jenner’s tequila all over again…) and that big wig executives and micro-influencers will profit from a soul they didn’t create.

All the while, many of the tortured souls that gave the town its character are reportedly living in cars, being forced out of the area, etc.

As Guardian Australia recently reported, “Residents and business owners in the #NSW beachside town of #ByronBay have held an emergency meeting over the proposed @netflix original series, #ByronBaes, and called on the streaming platform to cancel the show.”

“Netflix Australia has described the show, to be made by Eureka Productions, as ‘a docu-soap series following a ‘feed’ of hot Instagrammers living their best lives, being their best selves, creating the best drama content. #nofilter guaranteed.'”

“’We have huge environmental issues, huge social issues here,’ Kay said. ‘I don’t want these influencers coming here and painting this fantasy picture that all is well in Byron Bay. It isn’t.'”

“The Byron shire mayor, Simon Richardson, is also asking the council to oppose the production. But Richardson recognised that NSW filming protocols meant the council wouldn’t be able to shut down filming except in exceptional circumstances,” (Guardian Australia).

Netflix ANZ’s director of content for Australia and New Zealand, Que Minh Luu, told Guardian Australia, Byron Bay was chosen as a location because of “the area’s unique attributes as a melting pot of entrepreneurialism, lifestyle and health practices, and the sometimes uneasy coming together of the traditional ‘old Byron’ and the alternative ‘new’, all of which we’ll address in the series.”

Though it’s not quite the same thing, residents of Byron can perhaps look to Lennox Head, which successfully rejected proposals of an international surf comp (not caring too much about being called NIMBYS in the process) earlier this year.