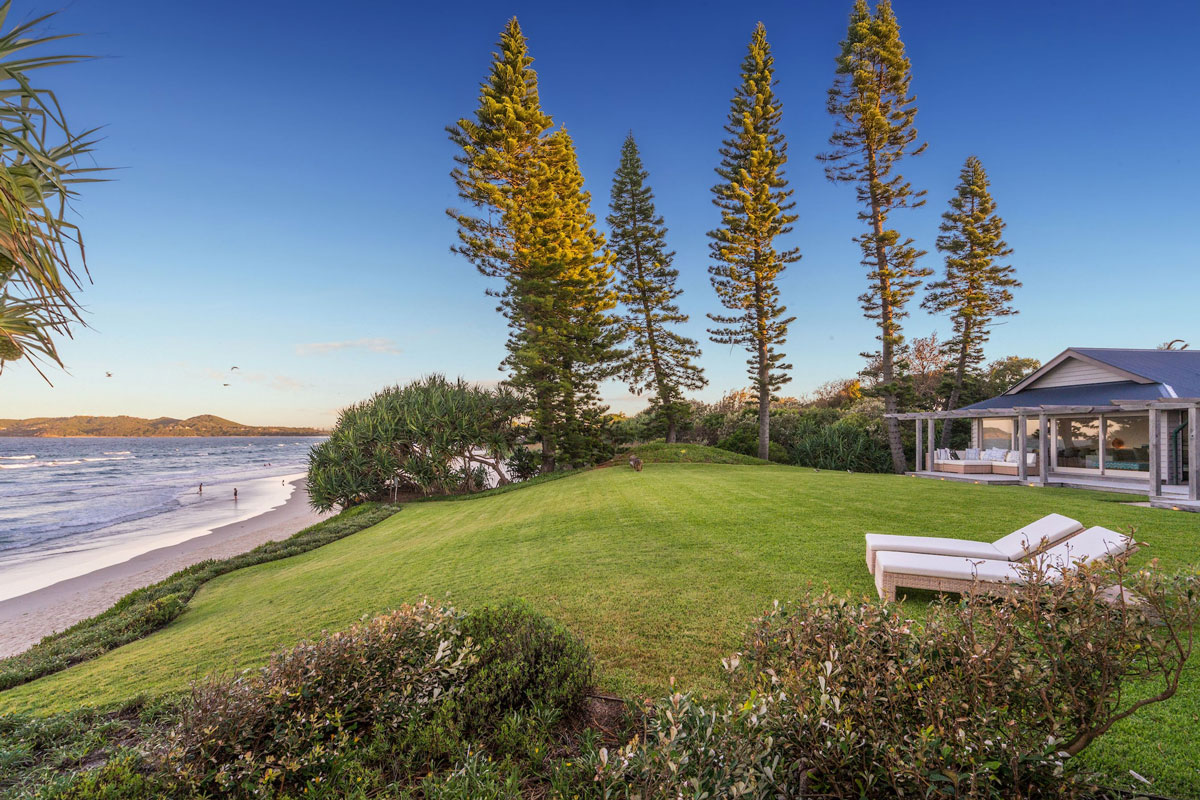 Byron Bay is having a moment right now. Celebrities are moving in, buying hemp shirts, banging bongos and calling themselves locals (or something to that effect, apparently) and long time residents are both irritated and aware of the ironies of their resistance.

Earlier this year we reported on ‘the most Byron Bay photo ever.’ Today it’s the real estate market’s turn, with the following property demonstrating the ‘Hollywood Hills Effect’ currently sweeping Byron.

The Range is a 12 guest, 5 bedroom, 9 bed, 5.5 bath monument to luxury. It foists Spanish style on the hills outside Byron Bay, in the form of a rustic retreat, resting upon 120 acres of rolling hills.

“Furnishings inside and out were hand-crafted by local artisans,” the Airbnb blurb reads, “but inspired by the breezy sophistication of European summer homes – think simple lines and a mix of textures in fabrics and finishes.” 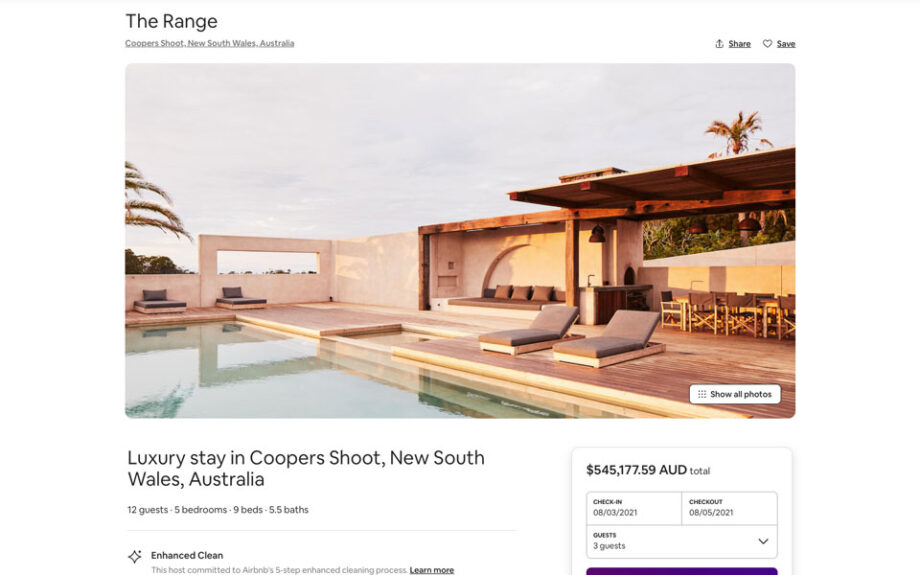 It offers guests privacy as well as (if you’ve got a car) access, with Byron Bay’s beaches sitting pretty less than 15 kilometres from the villa.

The Range is made for entertaining friends and family, with the villa’s timber decks featuring “shaded al-fresco living and dining areas,” and a 15-meter pool offering a shimmering chance to escape the heat. To cap it off, “not only is the outdoor table made from 200-year-old teak,” the place’s Airbnb’s description explains, but “the amphitheatre-like firepit was crafted from rocks pulled from the rainforest on the property.”

That’s right: more than half a million dollars for the privilege of living in the Byron Bay hills for 61 days.

This equates to more than two million dollars for an eight-month stay.

No wonder celebrities are buying up houses. If you plan to be in the Hinterland (in style) for more than a year, it could be cheaper to buy a house (then sell it when you leave) than to stay long term in an Airbnb (particularly one like The Range).

The Range is not even Byron Bay’s most expensive Airbnb. The Residence at Belongil pips it to the post, going for AU$578,905 for two months, compared to The Range’s price of $545,177. 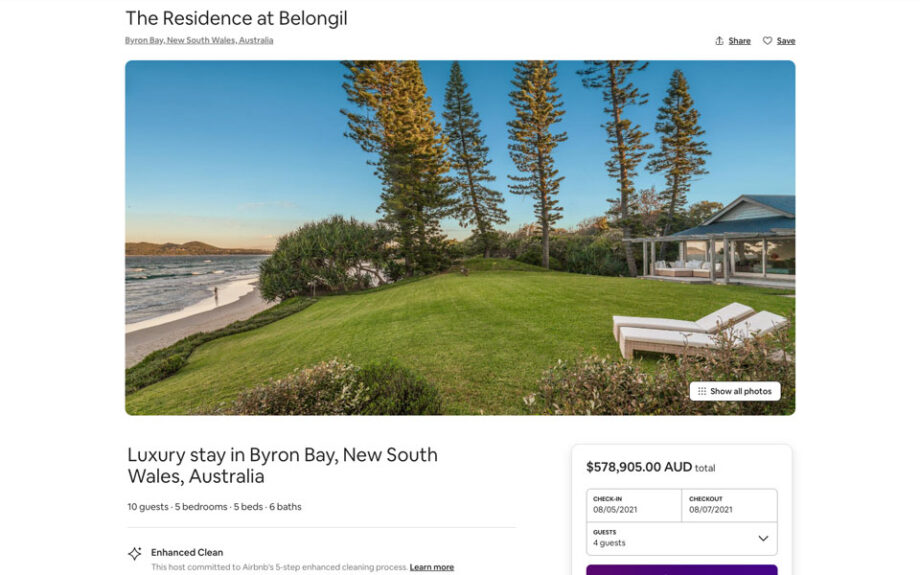 To put that in perspective, some incredible stays in Los Angeles’ Hollywood Hills are going for roughly a fifth of the price, for exactly the same dates (see the ‘Hollywood Dream Villa’ below). 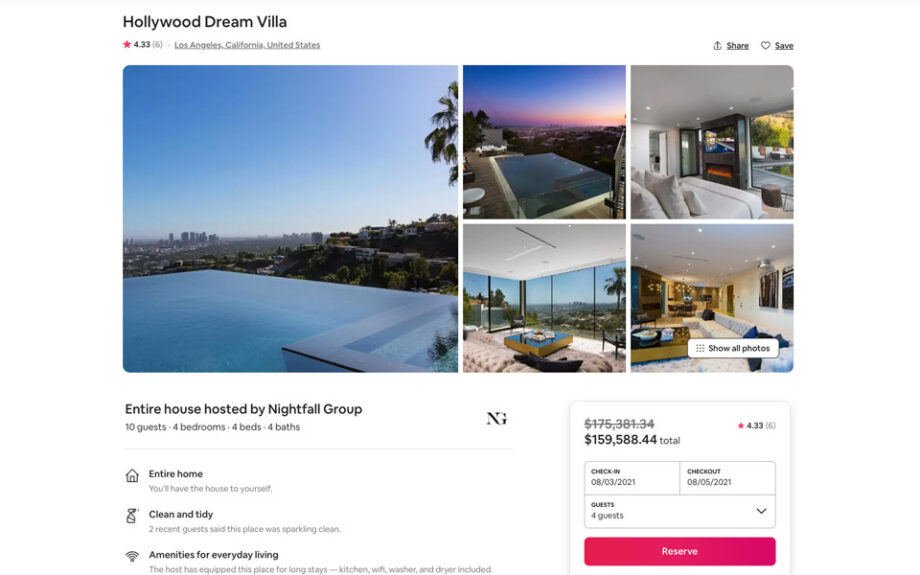 In fact, though there are a few Hollywood Hills properties that surpass The Range’s price, it’s only when you extend your search to include nearby Beverly Hills, or Malibu, that there becomes an abundance of Airbnb’s well over the high tide mark set by Byron (this Beverly Hills mansion with 17,000 square feet, going for AU$810,331 for two months, is one of them). 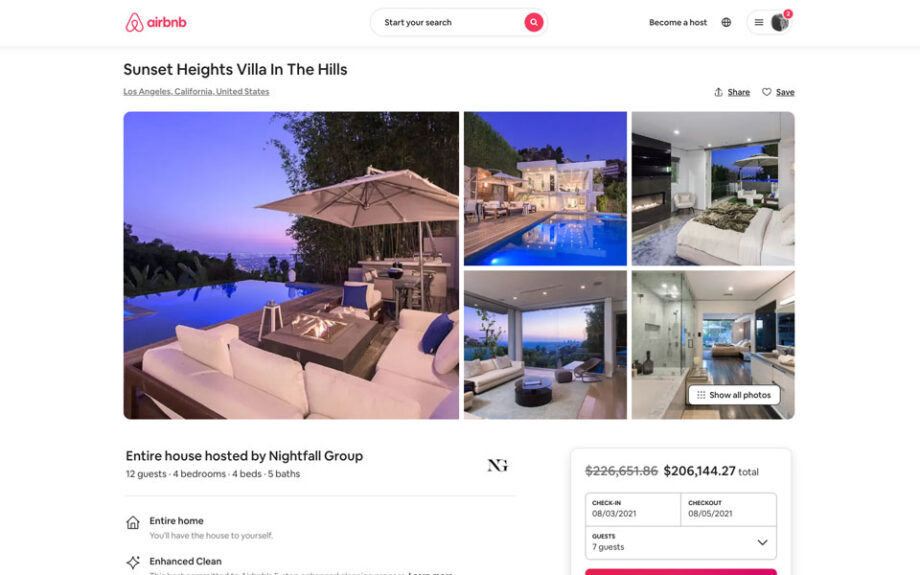 Our personal favourite? This French Baroque estate in Beverly Hills – Chateau de Laurel – which costs a cool million (and a bit) bucks for a two-month Airbnb stay (more than eight million for eight months). 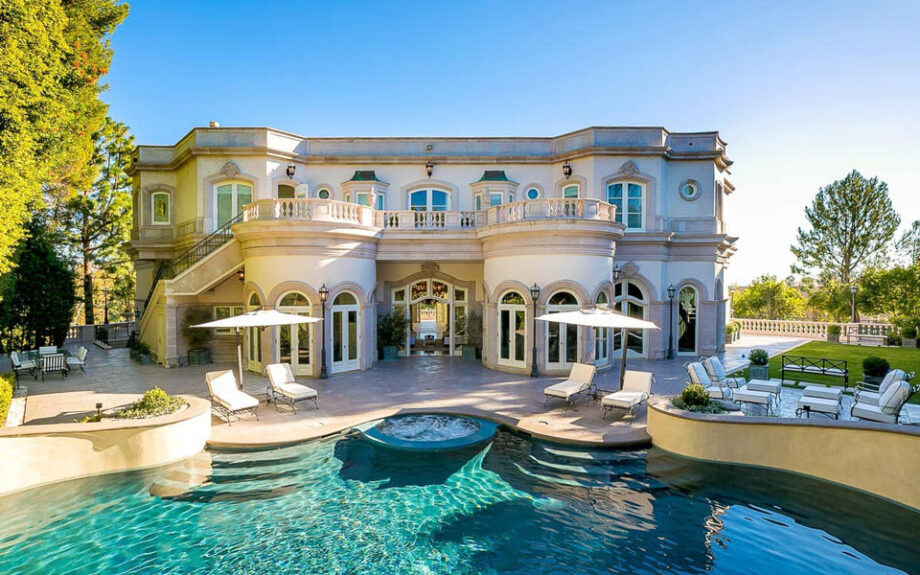 Zumper reports, “the average rent for a 1-bedroom apartment in Hollywood Hills West, Los Angeles, CA is currently $1,948. This is a 9% decrease compared to the previous year.”

Byron Bay meanwhile, realestate.com.au reports, has seen steadily increasing prices (both in terms of property and rentals). Its median rent price? For a unit, it’s $600 per week. 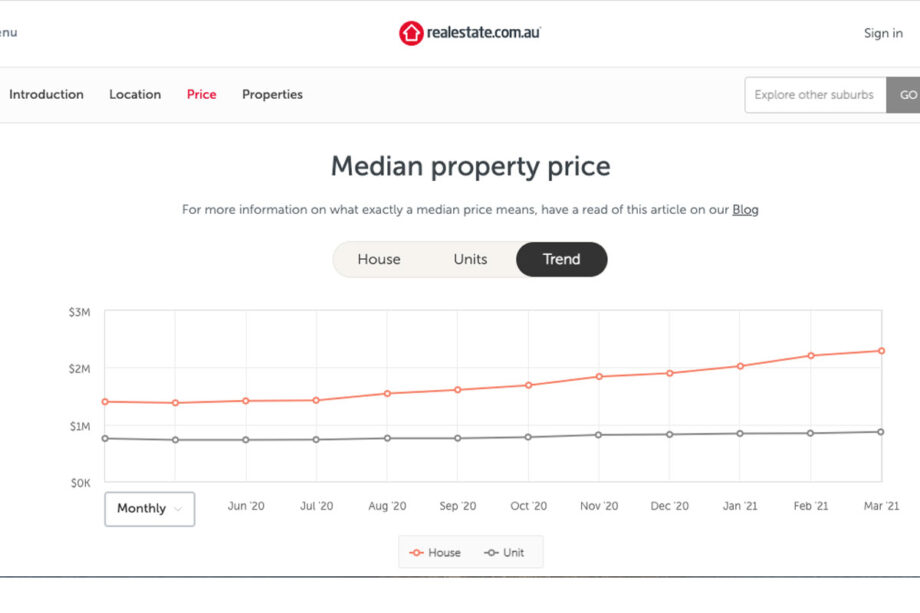 As news.com.au reported in December 2020, Byron Bay’s housing prices “have increased more than 40 per cent in the past 12 months,” topping strongest property price growth in Australia as regional house prices surge.

The Northern Star reported in 2017 that an Airbnb host had made $3.7 million from Byron Bay rentals. That was before Australia’s work from home and ‘van life‘ revolutions sky-rocketed in 2020. Given the market’s continuing boom, expect more announcements in the coming years about hosts raking in even more than that.

It’s not all sunshine and fat cheques though. As the ABC reports, the rise of Airbnb and holiday letting has contributed to the Byron Bay region’s homelessness issues.

At the time of writing Byron Bay has “21 properties available for rent and 26 properties for sale,” according to realestate.com.au.

All the town needs now is a shrill reality show to scare people off visiting ever again. Oh, wait…