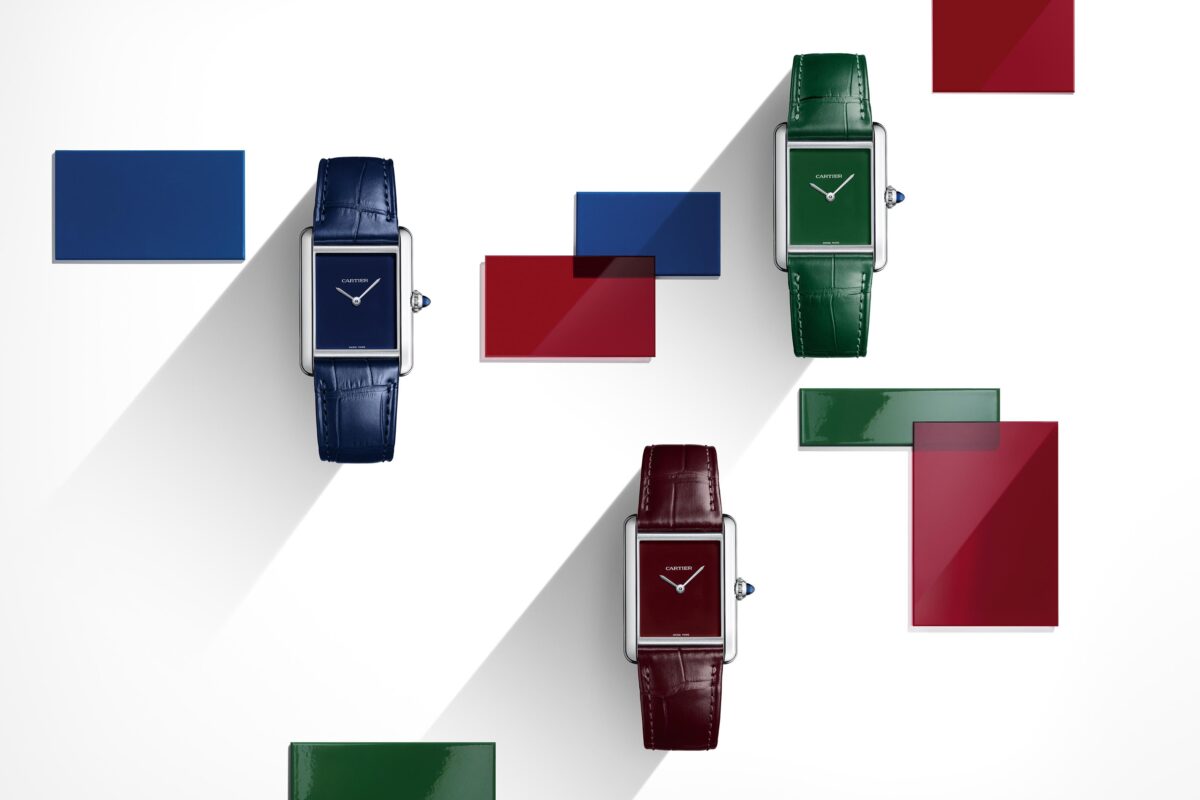 Founded in Paris in 1847, Cartier has long been regarded as one of the world’s most prestigious luxury brands.

Most people know them for their jewellery, but they are also purveyors of some of the most iconic watches of all time – indeed, Cartier brought the world’s very first wristwatch to market, the groundbreaking Santos, in 1911.

But it’s not just history and prestige that attract people to the brand. What Cartier do arguably better than anyone else in the business is just having fun. Cartier has always had a distinctly playful, innovative character as a Maison: their designs are timeless, but they always feel light and youthful. And fun is exactly what we need after a year of COVID-induced pain.

So with that in mind, let’s focus in on four collections Cartier has unveiled during this year’s Watches & Wonders that epitomise that ‘retro but relevant’, luxuriously youthful spirit. Allons-y! 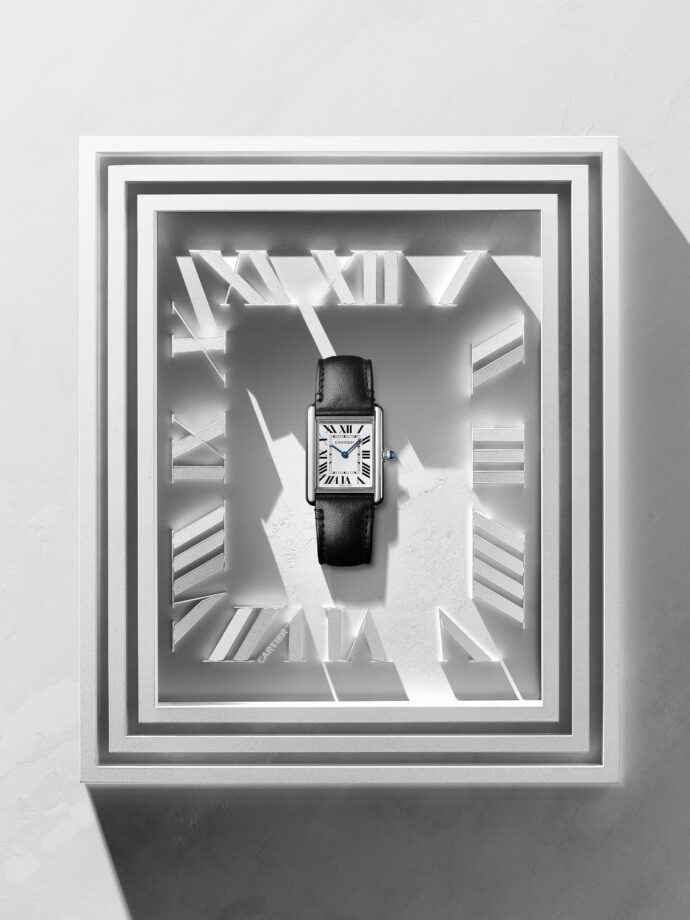 The eco-chic SolarBeat Tank Must.

The 80s was a colourful period and a time of real innovation in the watch industry. It also saw the release of the Must de Cartier Tank, a highly colourful, more accessible reimagining of the iconic Tank watch that has since become a cult classic.

2021’s new Tank Must range pays direct homage to that groundbreaking collection while introducing some thoroughly modern innovations, and might just be the most exciting Tank range in Cartier’s oeuvre.

As seen above, there are three new large models with red, green and blue dials that closely resemble the 80s’ models, but the range also includes also the SolarBeat Tank Must: Cartier’s first solar-powered watch. With photovoltaic cells cleverly disguised behind the numerals, this clever piece can run for 16 years without a service.

The Tank Must case design itself is a particularly tasty interpretation of the Tank: very round, very smooth and very slim, it has a sort of universality to it that you could imagine it equally at home paired with a shoulder-padded suit and pumps or a denim jacket and Air Jordan sneakers. 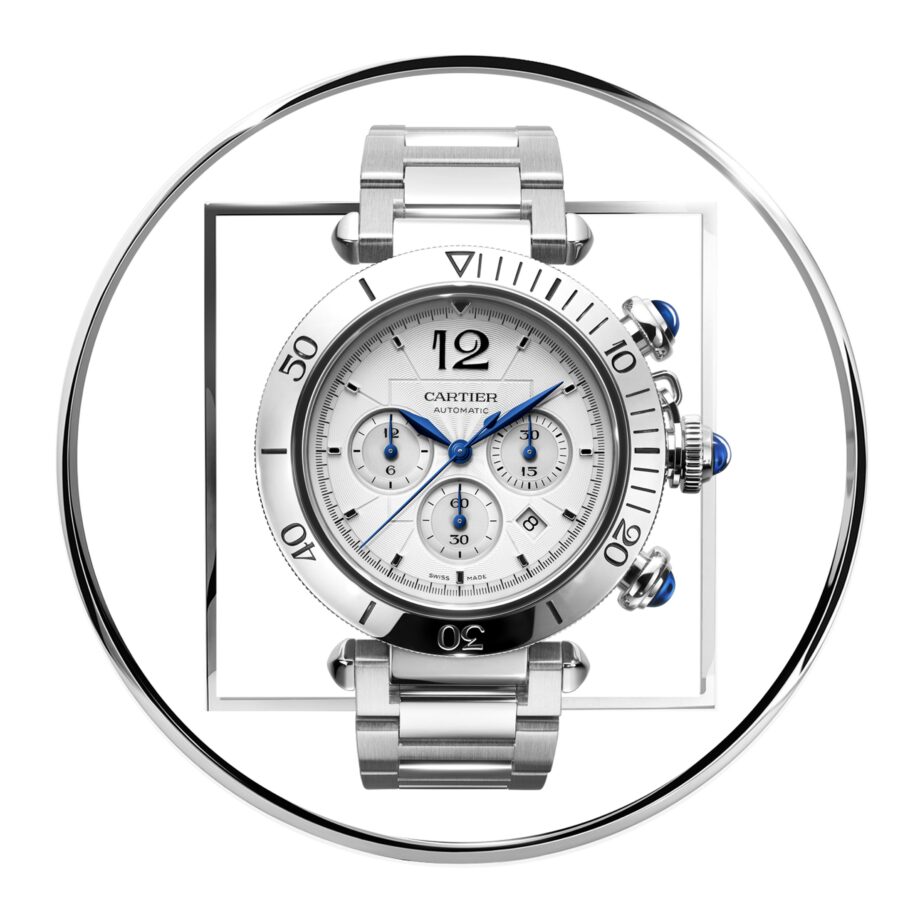 Another classic 80s design from Cartier is the Pasha de Cartier. An unabashedly grandiose design that predicted the rise of unisex fashion long before Europe’s famous fashion houses started to pay attention, the Pasha has been the focus of a revival over the last twelve months, spearheaded by a diverse crew of celebrity ambassadors.

Watches & Wonders has seen Cartier add a 41mm chronograph model to the range, which masterfully pairs the idiosyncratic and artistic nature of the Pasha with the sportiness of a racing timer.

It’s a watch that definitely marches to the beat of its own drum. A rotating bezel, chronograph pushers with cabochons that reflect the Pasha’s distinctive crown and an ultra-legible yet magnificently guilloched display… It’s the horological equivalent of Sydney Sweeney drifting a Porsche 911. 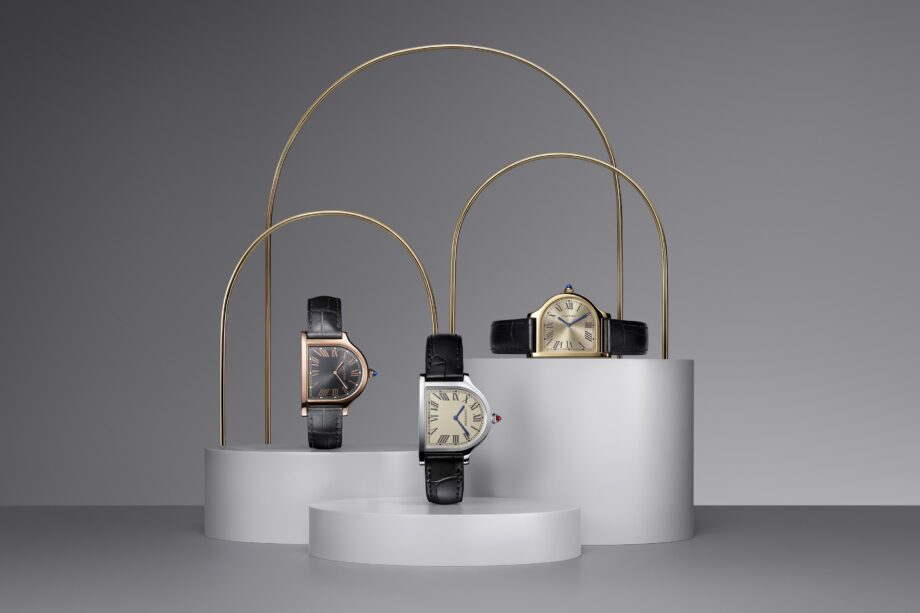 Cartier Privé is the brand’s collector-focused watch collection, and features some of its boldest, most playful designs. Think the Salvador Dalí-esque Crash or the aggressively chic Tank Asymétrique. W&W 2021 has seen Cartier unveil a new addition to the collection: a revival of the Cloche de Cartier.

A design that Cartier first introduced in the 1920s, the Cloche was way ahead of its time when it came to ergonomics and readability. The bell-like case shape is funky, but what’s really interesting is that its dial is oriented 90 degrees to the right of what’s normal – so that you can easily read it with an outstretched wrist, or place it on a table (or nightstand) and turn it into a desk clock.

RELATED: This 1940s Cartier ‘Watch’ Might Be The Most Unique Timepiece You Ever See 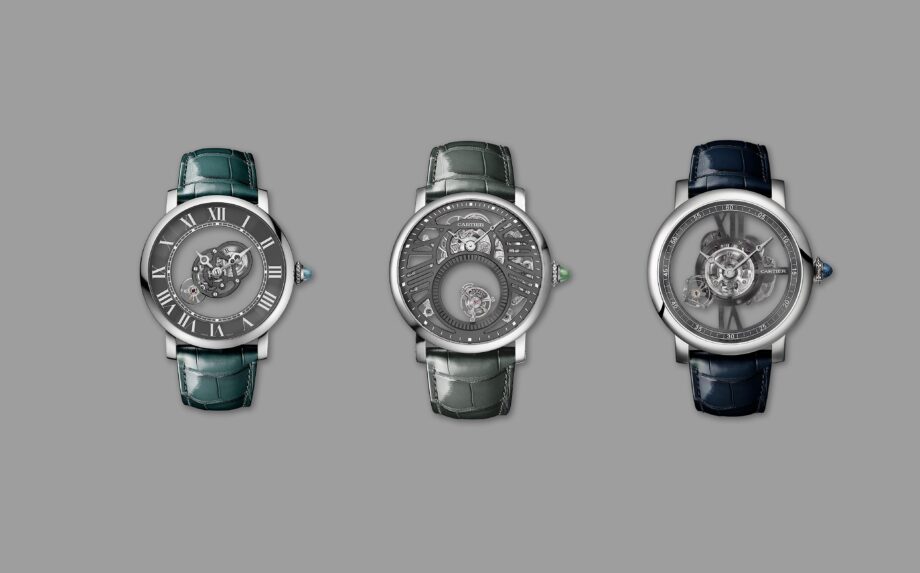 We’ve saved the best till last… Although that’s not what Cartier did. They actually unveiled their Fine Watchmaking pieces for 2021 ahead of W&W. C’est la vie, et c’est Cartier. All three are Rotonde de Cartier models, and all three feature eye-catching tourbillon movements.

First up, we have the Astromystérieux, which pulls off the impressive optical illusion that the entire movement is floating, weightless, in the middle of the watch. The tourbillon carriage integrates not only the watch’s regulating organ but also the entire wheel train from the barrel to the balance which is all carried by a sapphire disc. Roman numerals adorn the outer dial for a classic Cartier touch.

The Skeleton Mysterious Double Tourbillon also appears to flout the laws of physics. The flying tourbillon completes a full rotation in 60 seconds and appears to be floating completely free in space, with no visible connection to any gear train. The illusion becomes even more striking when the same tourbillon carriage performs a second rotation, completing an orbit every five minutes.

Finally, we have the Astrotourbillon, which features a single tourbillon mounted centrally and actually above the rest of the movement structure, which creates a unique visual effect. That effect is further brought into focus by the ultra-clean skeletonised bridge, which integrates the 12 and 6 o’clock numerals into its design. Spectacular stuff.