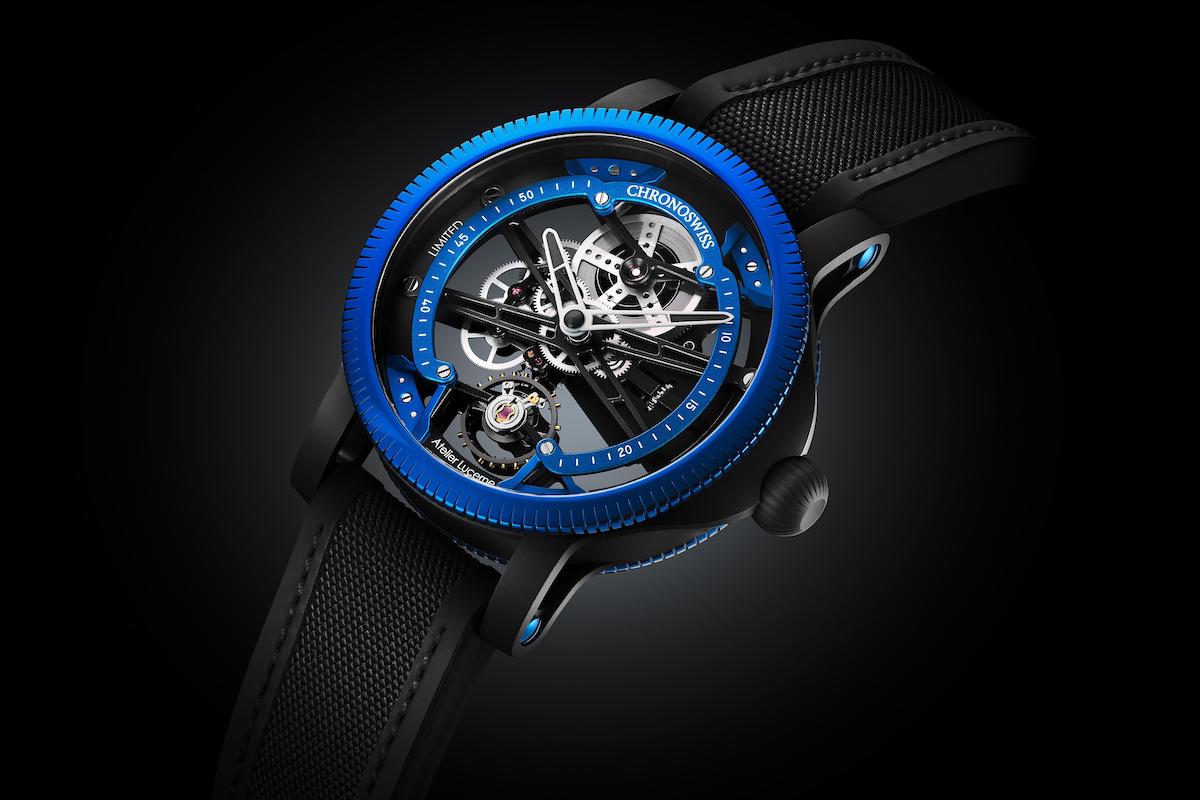 After what’s been a whirlwind few weeks, Watches & Wonders – the industry’s pre-eminent trade show – has finally wrapped up.

W&W 2021 was a hybrid conference, with an initial mostly virtual Geneva show followed by a traditional expo in Shanghai. The unique model allowed for a whopping 40 brands to exhibit literally hundreds of watches in some of the most lavishly produced unveilings we’ve seen in a while.

With so many watches, you’d think it would be hard to pick a unifying theme, but there’s one standout trend that’s emerged: colour. Lots of colour.

Chronoswiss, too, came to the party with hues aplenty, but in a very different fashion. The independent, collector-focused brand, in its characteristically refined and considered way, offered up a different variation on 2021’s colourful theme, showing off five exquisitely crafted new models that beautifully meld playful colours with haute horlogerie in a truly modern way.

First up are three models with impeccable guilloched dials: a testament to Chronoswiss’ Lucerne artisans’ skills with a lathe. Hand-turned and iridescent, these are serious pieces of art – and that’s even before we start to look at their mechanical bona fides.

The Flying Regulator Open Gear ‘Pink Panther’ (ref. CH-8755-PIBK), as the name implies, boasts a brilliantly pink dial. Pink remains a rather uncommon hue among high-end watches, particularly one as bold as this. But the real attraction of this model is its regulator movement.

Chronoswiss is one of but a handful of watch companies who produce this highly traditional, complex watch movement: essentially, regulators are weight-driven movements regulated by a swinging pendulum, as opposed to a typical spring-wound movement. It’s a technically impressive feature and really make this watch stand out amongst the pack.

The Open Gear ReSec ‘Paraíba’ (ref. CH-6923-TUBK) pays homage to the semi-precious tourmaline stone unique to the Brazilian region of Paraíba. It also boasts a regulator movement – this time with a 120-degree retrograde seconds indicator – yet its colour might be the most impressive element of the watch, counter-intuitively.

The shimmering dial, which changes colour from soft turquoise and petrol blue to jungle green and deep purple as it catches the light, is thanks to a secret and unique nano-decorative chemical vapour deposition. It’s more lively than the Rio de Janeiro Carnival.

The blue theme continues with the SkelTec Azur (ref. CH-3718-BKBLB). While this watch might feature a more typical movement instead of a regulator, it’s by no means the lesser watch – far from it.

“The architecture of it really pushes the limits of what is possible with a five-axis CNC machine, while also celebrating old-school horology,” Chronoswiss Head of Design Maik Panziera relates. The royal blue further highlights the gravity-defying wizardry of the watch.

Another all-black watch and the final 2021 Chronoswiss novelty is the Open Gear ReSec ‘Black Ice’ (ref. CH-6925-BKBK) which swaps out the guilloched dials of its other Open Gear siblings for a galvanic black design that evokes shimmering ice crystals or black sand. The chunky pillars of lume that adorn the watch stand in stark relief to the enigmatic darkness of its design.

Look, we’re running out of superlatives, but know this: Chronoswiss has always stood out as a disruptor and innovator, and these 6 novelties serve to further underscore that reputation. Discover more about these captivating models here.