Want to gain an edge over the guy she tells you not to worry about? Read on… 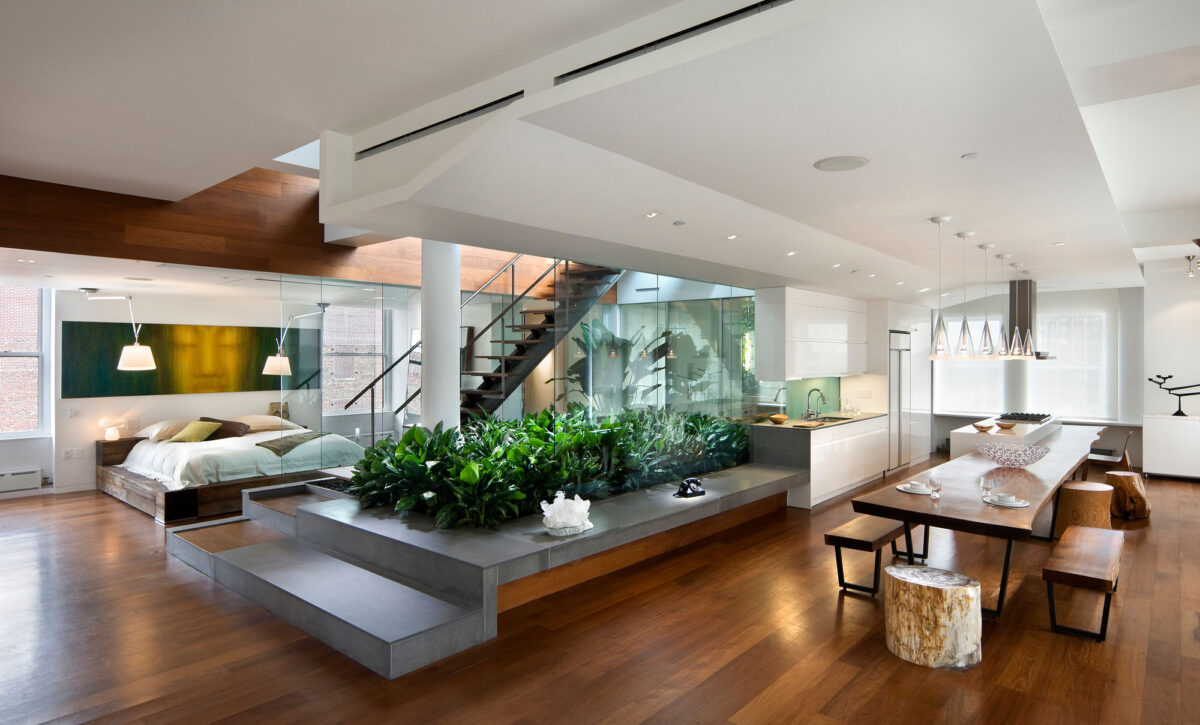 After growing up on Kitsch horror stories of tastelessly decorated bedrooms, gaudy (not Gaudi) hallways and cheap living rooms full of replica mid century “designer classics” we have been brow-breaten into the “grey, beige, white” palette, and taught that to stray from this urban colour scheme could result in having our “stylish man” status revoked.

Although the postmodernists claim there is no such thing as objective truth, when you bring a girl back to your bachelor pad, only to trip over the milk crate you’ve been using as a chair and land on the two-minute noodles you forgot to clear up, her departure will feel all too real.

So today we’re going to show you how to strike a balance between function and style, complement and contrast, and flashy vs. understated. Remember: your bachelor pad is your temple—so build it wisely.

We’re going to help you give it a facelift, with the help of Darren Palmer, an interior designer and TV personality from Australia’s best known renovation reality show, The Block.

And if anyone knows how interior design can change your life, it’s Darren, who in addition to working with hundreds of high-profile clients over the years, transformed a 1930’s art deco apartment in Potts Point (his bachelor pad of three years, back in 2010) into the ultimate single man’s abode.

He tells us how he lived in “this white box” for 3 years, always intending to turn it into ideal bachelor pad. “Then i started the reno: putting down tallow wood, even applying it to the walls so that the whole colour scheme was black and tallow wood, installing macro crocodile skin wallpaper, a black kitchen, and a big vinyl mural of a stallion against a black background, which subtly integrated into the kitchen.”

He also added “lovely touch points” like glass-cloth paper and timber. However there was one problem: “I was married by the time it was finished—so i never got to sleep in it, and in the end it was not my bachelor pad after all…”

Apart from impacting your dating life, doing up your apartment can also make your property more valuable, and make you feel better about yourself. And the best way to start, a key design principle, is the idea of complement vs. contrast.

The key to this, says Darren, is, “Understanding that most things need to tie together.” Although there is no sure fire ratio (it depends both on the space, and personal preference), as a general rule between 60% and 90% of your home decor should be complementary (linked in some way, whether by colour or texture).

But on the flip-side: “You absolutely need contrast in any great interior,” says Darren, “Because that’s the stuff that pops.”

“It’s like, if you’re going to the races: you could wear a beige suit with a white shirt and if you have the right accessories that will make the whole outfit work—but if everything was beige you’d look washed out. It’s exactly the same with your house.”

According to him, a common mistake is that, “Everybody goes to this place of buying things that are in the grey, beige, white neutral palette because that’s safe and familiar.” But what people forget is, “You need touch points like different textures, black, metallics, timber, stone and leather.”

“All of these things you can add in there add interest and contrast to a neutral palette.”

If you are looking for homewares like this, his range at Myer has a lot of brass and black items, which make for great decorations (like the white and gold bar kit, and black trays) and are interesting touch points for any bachelor pad.

If you’re feeling brave, you could even chuck in some Dina Broadhurst prints…

As for furniture, he says it doesn’t matter so much if you go cheap or expensive, as long as it’s not a knock off.

“I would steer people away from replica mid century designer classics because they look cheap.”

He also says that Australian brands like Jardan and Mark Tuckey have great features, which are locally designed, made for our aesthetics, and look good in men’s houses.

Another crucial feature to remember is the bedroom. We all know the key to seduction is between the sheets, but to make the ultimate statement as a lover (and a designer) Darrren says his “insane” linen could give you that extra special edge over the guy she tells you not to worry about…

On that note, he then told us that you want your man cave to be versatile, as well as homely: “Make it appropriate for everybody that would be there (or at least, for the sort of people who you want to be there).”

“If you’re going to invite anybody into your nest, it also has to appeal to them.”

To achieve this is actually quite simple: “Having scented candles, flowers, or if that’s too soft for your liking, black succulents and cacti also look good and are low maintenance.” Other (impressive) hard to kill items include “a good fern on the dining table” or “a potted orchid” that will last you two months of flowering a year “if you just water it once a week.”

If you would like to know about these tricks and tips in more detail, or are an aspiring interior designer yourself, Darren has just updated his online platform for interiors (it has been around since 2006, and has helped over 50,000 people worldwide).

Since September this year Darren has added a Master Series of 15 videos, created in partnership with The Interior Design Institute, each one aligned with the module in his course that you can enrol in for $62.46 per week. These excerpts give you an insight into Darren’s unique point of view and career experience, including everything he has learnt along the way, and is aimed at people interested in interior design either as a hobby and a profession, who want to learn online at their own pace.

“If you want to get into styling or just make your own home look nice,” Darren explains, this course could be for you.

“Understand how to make your bachelor pad not just a white box.”

He says it will also teach you how to shop well, what to shop for, the foundations of interior design, and how to understand lighting, furniture placement, planning, and then apply your own style to your home.”

RELATED: What Women Want To See In A Man’s Bachelor Pad